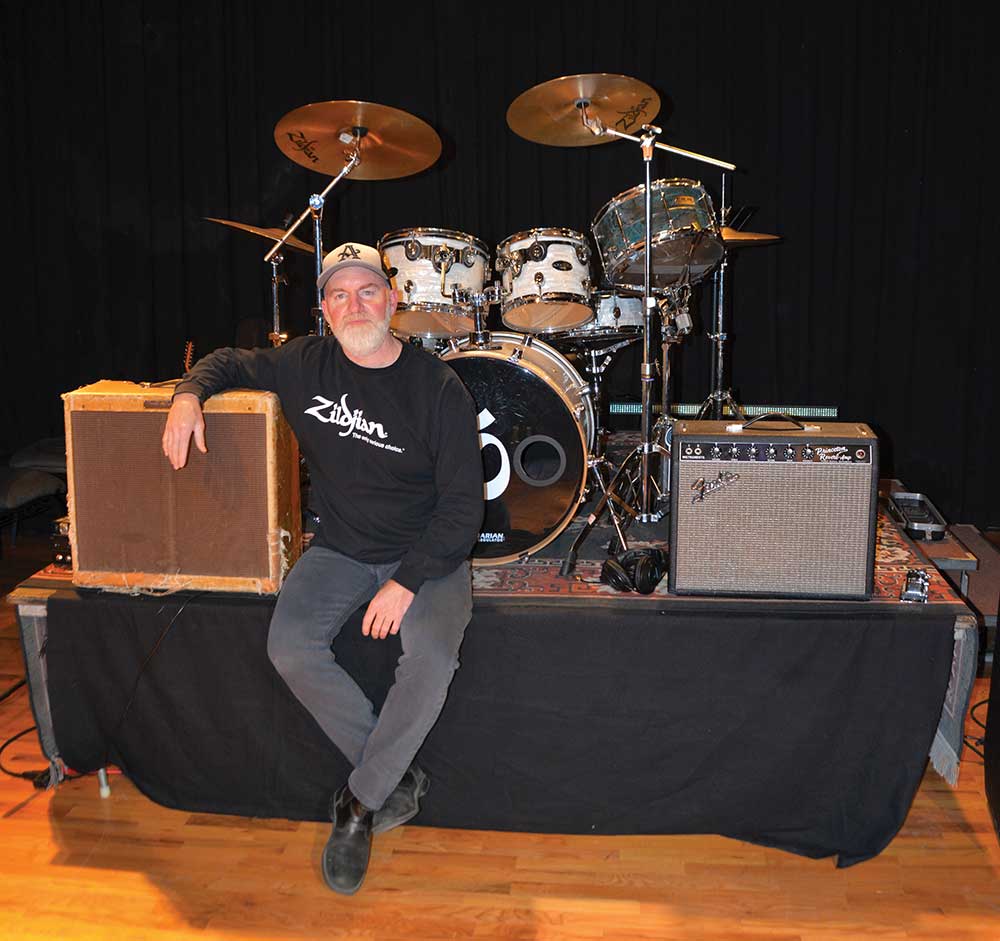 Curt Gordon purchased the historic Angelus Theatre in 2016 and, with help from the community, has renovated it into a downtown arts center utilized by musicians, actors and other creative dreamers. He is the 2018 Pioneer Spirit Award winner for Spanish Fork Fiesta Days. (Photo by Greg Bennett/UV360)

The notes on the proscenium arch in the restored Angelus Theatre in downtown Spanish Fork are from John Coltrane’s “Giant Steps.”

Curt Gordon, new owner and principal restorer of the theater, picked the notes because of the piece’s complexity — “It has a key change every measure” — but also for the symbolism that comes from his personal “giant steps” to get the landmark modernized and ready for continued use as a place for artistic expression, community gathering and dream developing.

“This theater has kept me hooked on music all these years,” says Gordon, who works full time at Boothe Bros., two doors down from the theater. “It’s a safe house, a fun house and place that’s been a refuge for me for all these years.”

Gordon grew up watching his dad, Bruce, perform with the Saddle Boogie Band and formed his first band, Similar Opposition, while still a student at Spanish Fork High School. (His band’s first performance was at the Sweetheart Dance in 1995 — his senior year.) He went on to tour with the band Stretch Armstrong and later the band 2.5 White Guys. His touring took him to 26 states and Canada.

But, since returning to Spanish Fork and starting full time at Boothe Bros., Gordon admits his music is more hobby, which is all the more reason he felt compelled to buy the Angelus Theatre from the Boothes in 2016.

“We need a place downtown — in the historic district — that brings the arts and entertainment to our area,” Gordon says. “We have all kinds of art here. We do lots of live music, but we also host improv and painting, live theater — we’re trying to do our best to create a nice platform for local arts and entertainment.” 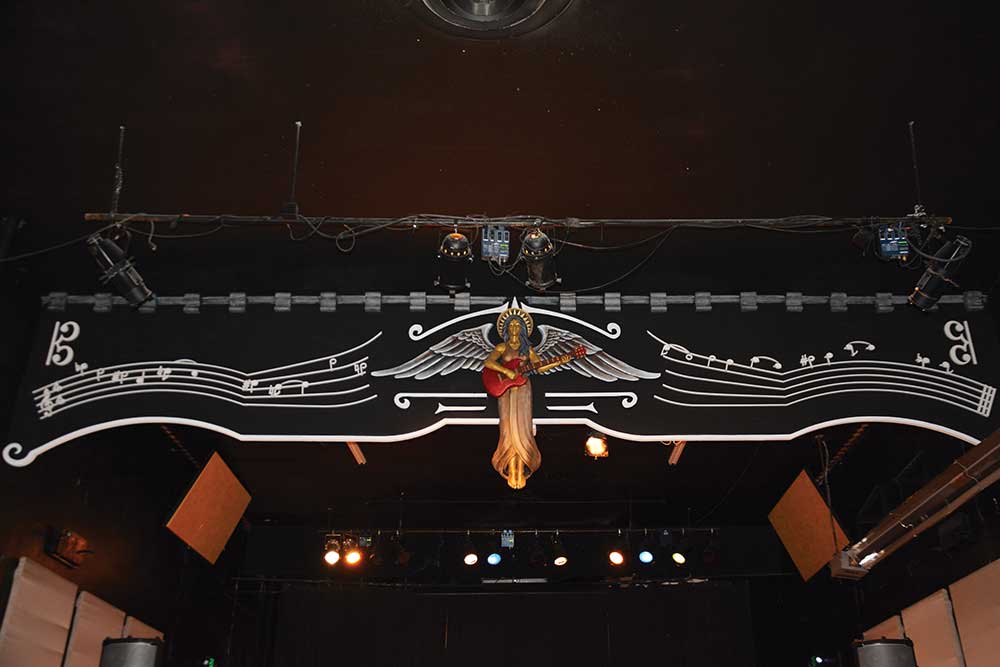 The notes on the proscenium arch in the restored Angelus Theatre in downtown Spanish Fork are from John Coltrane’s “Giant Steps.” (Photo by Greg Bennett/UV360)

When he purchased the theater in 2016, Gordon had a vision for what needed to be done first to bring the 106-year-old building back to life. What he needed help with was manpower and money. The local community stepped up.

A fundraiser concert by The Atomics (made up of local siblings Lucky Blue, Pyper America, Starlie, and Daisy Clementine Smith) brought in a chunk. Family friends and musicians from around town pitched in more money and time.

The result is a beautiful, functional theater that is a reminder of the power of entertainment for building a community, the sacrifice of previous generations and the hope of a future filled with creativity and joy.

“When you walk in to this building, there’s a smell to it,” Gordon, who is the 2018 Pioneer Spirit Award winner for the Spanish Fork Fiesta Days celebration, says. “I love that smell. It’s the smell of humanity and the sweat and good energy that has gone into this community for all of these years,” he says. “We’ve got a lot of momentum in humanity. We’ve learned a lot and we’ve suffered a lot. Buildings like this are monuments to where we’ve been and where we’re going. They started well and they should be restored.”

Besides historic buildings, Gordon also believes we can all improve our own areas of society to continue building the tradition of Spanish Fork as a quality place to live and work.

It doesn’t have to be a giant step to maintain traditional values.