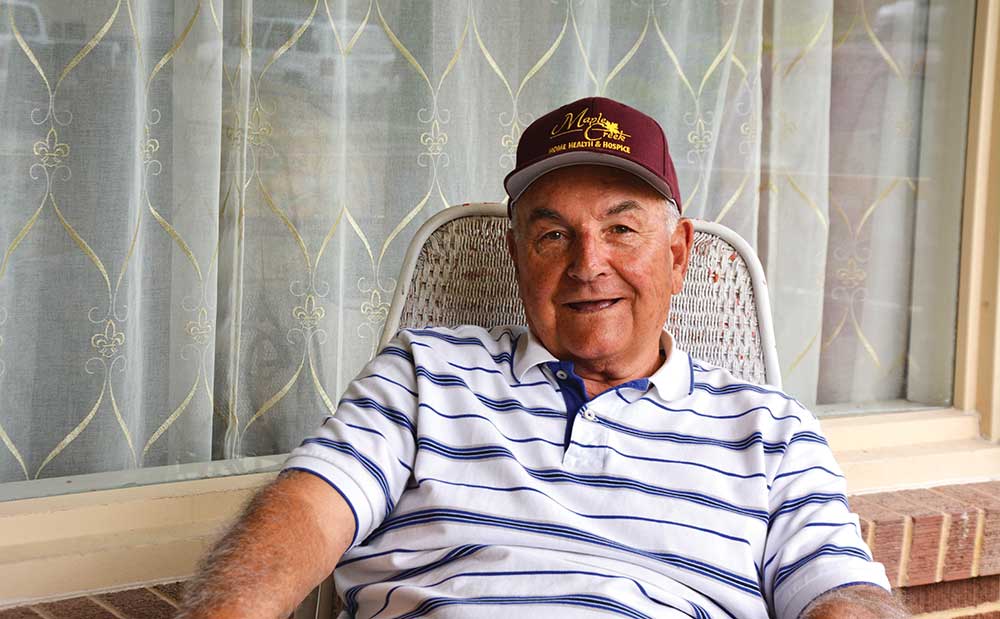 Paul Christensen has served the community for years, including time on the city council. However, in the years since his wife’s death, he gives much of his time to assist the aging population.

As a teenager in the late 1950s, Paul Christensen and his friends used to hitchhike from their home in Salem north to Spanish Fork to attend stake dances on Saturday nights. The boys would split up to walk girls home, then meet back up at Jack’s Cafe near the rodeo grounds.

The boys would discuss the night’s events while hitching a ride back to Salem.

“Back then, there weren’t near as many people driving south from Spanish Fork to Salem, but we knew everyone that was, so we would always get a ride,” Paul says with a smile. “People would be happy to help — and still are after all of these years.”

It’s the volunteer spirit prevalent among residents of Spanish Fork that makes Paul appreciate living here — and wonder why he’s the grand marshal with so many other great people living close by him.

He’s the grand marshal because that dedication to serving others that he learned in his youth has seeped its way into every other aspect — and time — of his life. His volunteer list is long — city council, youth sports coach, volunteer EMT, Jaycees — but its the work he continues to do for Maple Creek Home Health & Hospice that he’s currently most passionate about.

Paul’s wife, Pamela, had a stroke in 1996 at age 54. While she functioned well for about 10 years, her last years were spent needing a lot of personalized care. Most of that care fell to Paul and his five children (four daughters in Salem, son in Riverton). Eventually, however, the caring professional staff at Maple Creek stepped in and offered assistance in her last years before she died in October 2015.

“She’s the one that got me going in all of this service,” Paul says. “She was always concerned with people and wanted to help them. It wasn’t phony. She really wanted to help.”

Even after she died, her influence on Paul continued.

“The month after Pam passed, I came down to Maple Creek and asked them how I could help them,” he says. “They were so helpful for us and treated Pamela with care and respect.”

Now, at 77, Paul can still be found driving for Meals on Wheels, visiting the elderly, offering rest for caretakers — and anything else that he hears about and can help with.

“I just do what anyone else would do if they had the time,” he says. “I love making people smile. I wish we could get people to change and be happy with life again. We need to be grateful for every breath we get to take. That’s why I love interacting with people and helping wherever I can.”

Paul, who still lives in the same house he and Pam bought new in 1968, lives just a few blocks from downtown Spanish Fork and has always made Fiesta Days a big part of family festivities.

Despite living close to where the Grand Parade starts on Center Street, Paul and Pam loved the energy that came from watching the Parade downtown.

“I wheeled her down to the City Park because she needed to see it and be a part of it,” Paul says. “It’s a great city, a great celebration, and I’m grateful to be part of it — even if there are others who deserve it more.”

Paul will again be getting a ride down Main Street — this time heading north away from Salem — as the Grand Marshal in the parade he loves.

The Spanish Fork Fiesta Days Grand Parade, which runs along Center St. and Main St. in Spanish Fork, is on Tuesday, July 24 at 9 a.m. See a list of other Fiesta Days events below.