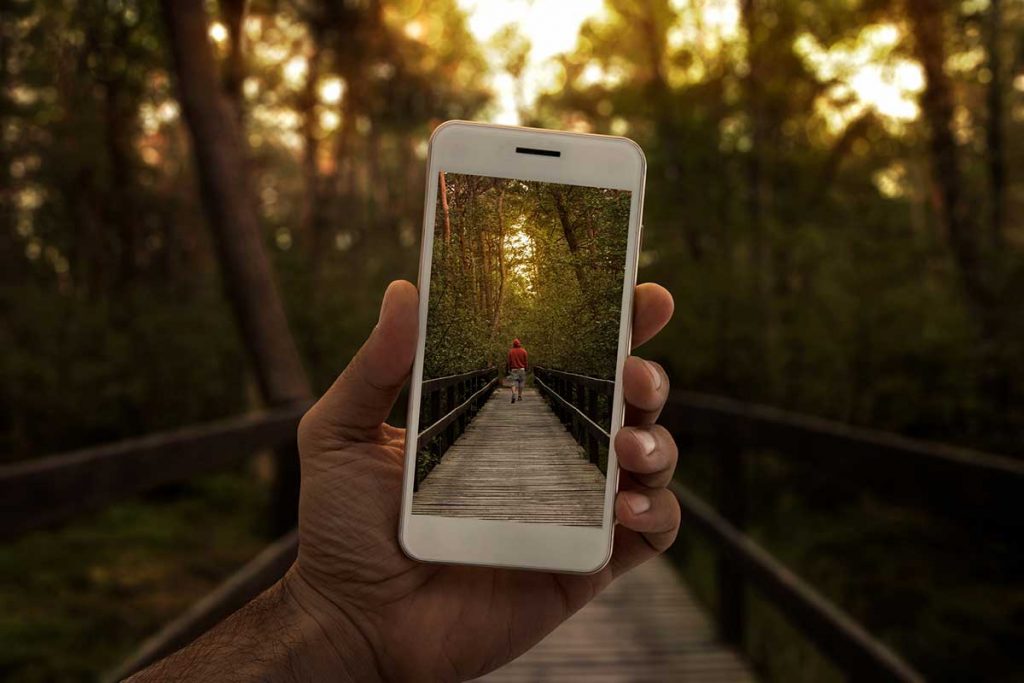 You’re making great memories this summer and want the photos to prove it. If your candid photos aren’t turning out exactly how you pictured, don’t dismay. There are a few basic principles of photography you can follow even when you’re snapping pics with a smartphone.

Good lighting is the most important factor in how photos turn out, but that doesn’t mean taking pictures in full sun, says Megan Klein, creative team director at Chatbooks in Provo, best known for its app that takes photos from your phone and turns them into photo books.

“Cloud cover is the best to shoot pictures in,” she says. “If you can’t get cloud cover, shade will be best.” The soft light is better than harsh shadows on your face from the sun. Plus, it’s generally easier to edit a dark photo to make it lighter than it is to darken a light photo.

The best time of day for good lighting is during what photographers call the golden hours — one hour after sunrise and one hour before sunset. The light at this time of day is soft and beautiful, and even your smartphone can capture some really stunning pictures.

Of course, real life isn’t always lived in golden hour. “If it’s noon and you’re at the pool and you really want to take a great photo on your kid, take it with the sun shining on them, not on their back,” she says.

Before you snap a picture, take a moment to assess and simplify the background. Sure, this might mean kicking a pile of toys out of the way or sweeping junk onto another part of the countertop, but it’s not really about presenting a perfect image. Rather, eliminating background noise in a photo makes it easier to focus on what’s important.

“If you’re at the beach, you may find turning one way there aren’t as many people or beach umbrellas,” Klein says. “Wherever you are, try to be conscious of the background and find something more uniform as a backdrop: grass, vines on the fence, the sky, anything that has the same color.”

While you’re at it, take a physical step back. “It’s easier to crop in on a photo rather than to wish you had more room,” Klein says.

Remember the rule of thirds

Ideally, the subject of your photo should not be in the center of your photo. You want them two-thirds up or one-third down. Now, that’s not always realistic when your kid is running through the sprinklers and you want to snap a photo, but when you have more time to think about a photo it’s a good rule to remember, Klein says.

Burst mode is for moms

Your phone’s burst mode function can be one of your best tools. To use it, simply press down on the camera button without letting go, and your phone camera will take a rapid burst of photos. It’s a great match for getting that just-right shot of kids that are constantly moving, whether it’s playing sports or blowing out birthday candles.

“Burst mode is really good for action shots, like your child jumping off the high dive,” Klein says. “It will probably take around 80 photos so make sure you go through and delete after.”

Using an iPhone 6 or newer, with your camera open and pointing at your subject, you can tap your screen before you take a photo and it will automatically adjust the exposure. If you’re taking a picture of the sky, tap the sky, or if you’re taking a picture of people, tap the faces. “Basically, it’s telling your camera, ‘This is what I want to focus on,’ so it will make the lighting look its best,” Klein says. Play around with the feature to see you prefer.

If you have an iPhone X or 8+, portrait mode is another amazing tool. If you’re within six feet of your subject, this mode will automatically blur the background for you, making the faces crisp and ultra-focused. The downside — whoever you’re taking a picture of will need to stay still for it to work.

Ultra-edited Instagram photos have given photo editing a bad rap, but there is nothing wrong with fiddling with your photo. You can crop, edit, and adjust brightness right from your photo gallery, or download one of the many photo editing apps for a little extra help. Klein says her favorite is the VSCO app. “The majority of people are just going to tweak a few things; brightness, saturation, cropping,” she says.