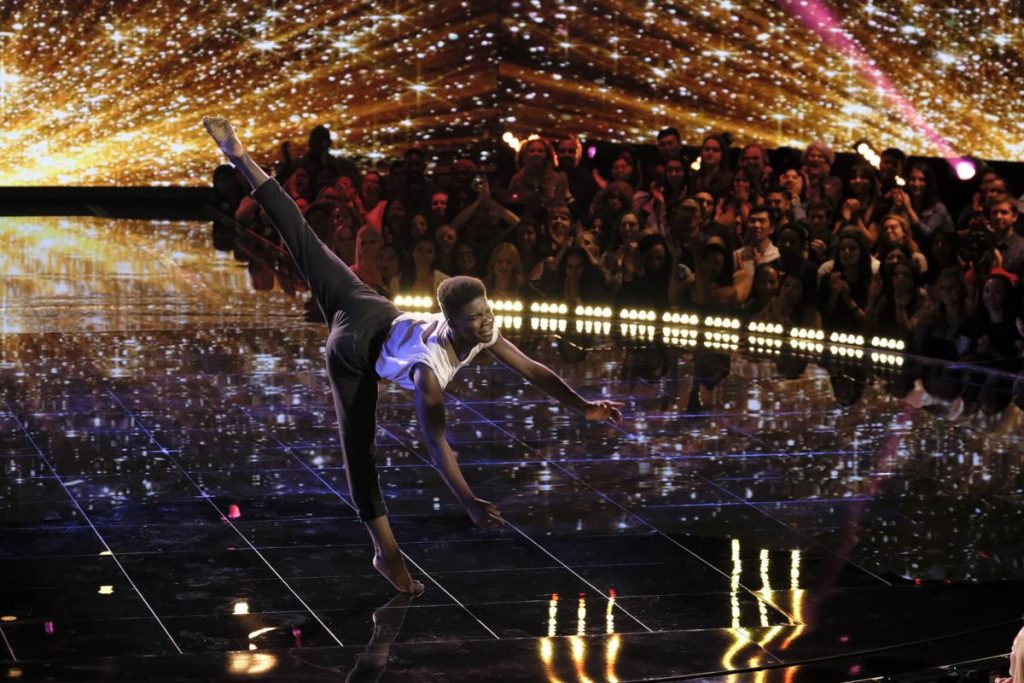 Junior contemporary soloist Jaxon Willard performs during The Duels on “World of Dance” on Aug. 8, 2018. (Photo courtesy of Trae Patton/NBC)

An American Fork teen delivered another emotionally charged routine in The Duels on “World of Dance” that helped him advance to the third round of the competition.

Junior contemporary soloist Jaxon Willard earned a 96 from the judges, beating out tap dancer Lucas Marinetto who earned an 88.

The story of the dance — which was performed to “Surprise Yourself” by Jack Garratt — was inspired by Willard’s anger toward his birth mom. Willard choreographed the routine to express what he learned as he overcame these feelings of abandonment.

“I also didn’t know how to share these feelings with the mom I have now because I didn’t want to hurt her feelings,” Willard explained to the judges. “So I just suppressed all these feelings. Then throughout my learning and my growing I learned that I can’t just be mad at my birth mom because I don’t know the whole story, so I just have to be grateful that I have the family I have now.”

Following his performance, the 16-year-old dancer went to the edge of the stage to hug his adoptive mom who was standing in front of the judges for the entire performance.

Many audiences members and judges were brought to tears by Willard’s performance.

“For me, God gives us a set of circumstances in life,” said judge Jennifer Lopez. … “Honestly, he gave you the ability to fly. He gave you wings on your back by giving you your mom, by giving you your family, by giving you this talent. Without your story, you wouldn’t be able to be the artist that you are today. There’s an elegance to the way you dance. It’s an honor to watch it.”

Judge Derek Hough called Willard a “master storyteller,” something the judges first saw in Willard during the Qualifers (the first round of competition).

Then judge Ne-Yo encouraged Willard to have more confidence in himself, saying Willard was the “epitome of power and vulnerability.”

“You are a walking masterpiece and the second that you start believing that I’m scared to see what is going to happen,” Ne-Yo told Willard after he won The Duel.

Willard will next compete in The Cut. There are five rounds in the show: Qualifiers, Duels, The Cut, Divisional Final and the World Final.

Willard isn’t the only competitor with Utah County ties. Last week, Springville duo Charity Anderson and Andres Peñate became the first dancers in the history of “World of Dance” to earn a perfect score. The Pulse, a ballroom dance team from Center Stage Performing Arts Studio in Orem, snuck by with a 80.3 score to advance to The Duels.