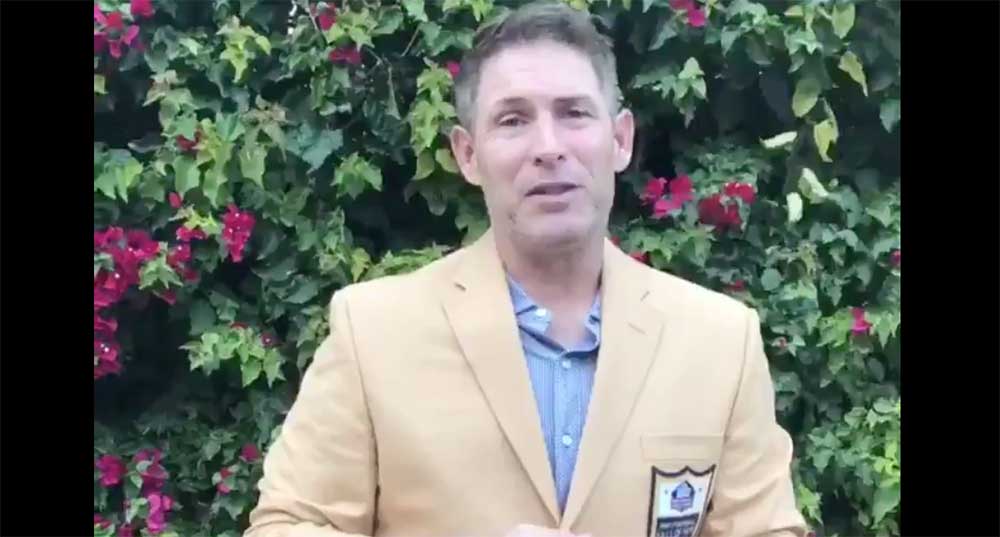 When Steve Young realized he couldn’t make it to Ray Lewis’ induction into the Pro Football Hall of Fame, he sent his friend a video message.

Lewis, who received the honor along with seven other football players, is known for his signature “squirrel dance.” So Young closed his video with his attempt at the trademark dance — and Lewis shared the video on Twitter.

“I want you to know I would never, ever disrespect anything you ever did, especially going into the Hall of Fame,” Young said in the video. “I want you to know that family first – my boy’s got a little debut on Broadway, I’ve got to be there. I’m with him, and you know how that works because you feel the same way about your kids. But short of that, my spirit, all I am, I want to be there for you, be with you. I really appreciate the time we’ve gotten to get to know each other better, so I want to congratulate you going into the Hall tonight, joining the rest of us, and you know what’s coming…”

Following his speech on Saturday, Lewis also did his celebratory dance.

You knew the dance was coming.

… with a special guest.