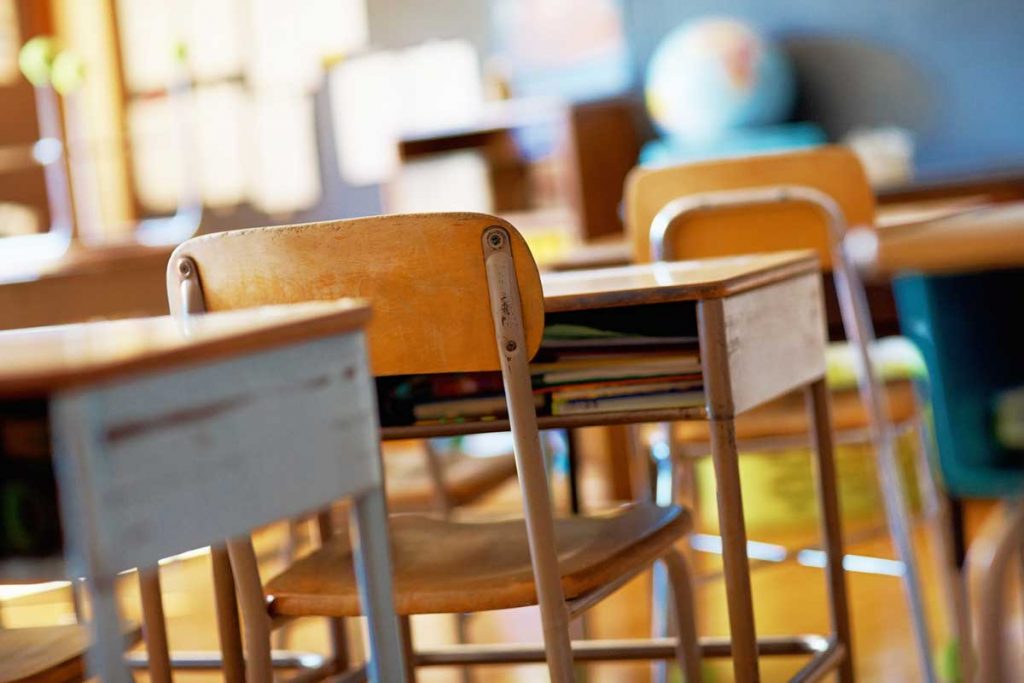 It’s back-to-school season, and parents aren’t the only ones excited to get their kids back to the classrooms. Teachers are counting down the days until school starts again, and not in a don’t-go-summer sort of way.

“Teachers care a lot more about their students than parents think they do,” says Steve Herrmann, a third-grade teacher at Orem Elementary starting his 28th year of teaching this fall. “A lot more.”

Herrmann’s wife, Deanna, has taught school for 15 years and is a fifth-grade teacher at Westside Elementary in Springville. She adds, “We pray about our students, we think about them during the night. We care that they are safe at home, that they get food, that they make a friend.”

The idea that teachers don’t care individually about your child is just one myth the Hermmanns debunked. Here are 10 additional things teachers wish parents knew.

1. Teachers don’t go home when your kids do.

Dedicated teachers put a lot more time into their jobs than the 8 a.m to 3:30 p.m. hours that school is in session. “Most of us are doing some sort of school-related things after school, on weekends and on holidays,” Deanna says. “I was trying to think, ‘Is there one day when I’m not doing something school related?’ Maybe Christmas.” If parents knew how much time a good teacher puts into their job they would be shocked, she says.

2. Teachers want your child to succeed.

As a parent, your goal is to have your child succeed in school — and that is their teacher’s No.1 goal, too. “We are on your side,” Deanna says. “Work with us, not against us.” To that end, don’t believe your child over the teacher. If a teacher says something happened in the classroom, don’t turn around and ask your child for confirmation that it happened.

4. Teachers know a lot about you.

Kids confide in teachers and often share even the most random tidbits of life at home.”It would be funny if parents were aware of what teachers know about them and their families,” Steve says. Dad sitting on the couch after work, mom passing gas — they freely offer this information up. “Even when parents say, ‘Don’t tell anyone,’ kids tell us,” Deanna says. “It’s like the saying goes: I won’t believe everything your kids say about you, if you don’t believe everything they say about me.” 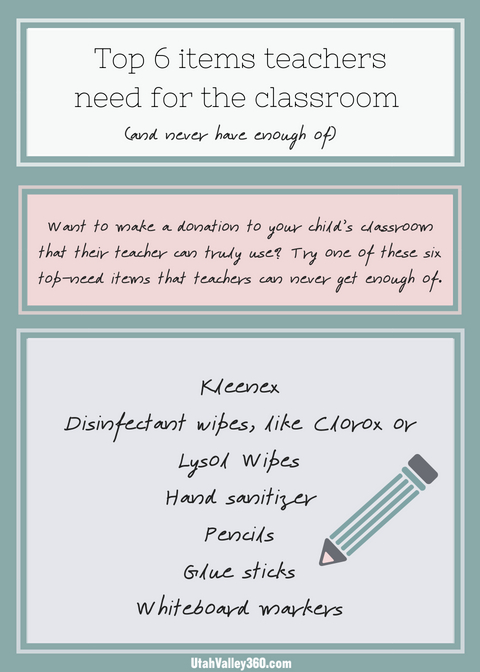 Want to make a donation to your child’s classroom that their teacher can truly use? Try one of these six top-need items that teachers can never get enough of. (Image by UV360)

5. Teachers want you to stop rescuing your kids.

Teachers don’t want your kids to fail, but they don’t want to see you bailing them out of everything, either. If they miss an assignment and get a zero, they get a zero — they won’t die, Steve and Deanna agree. “They are not in Harvard right now,” Deanna says. “They are in our class; the parent isn’t.” Letting your kids fail when the stakes are low can help them learn to be more responsible in the future.

If your child’s cough sounds like they are about to die, or if they have green stuff shooting out of their nose, don’t send them to school! “We have to read with them, touch them, be around their desk and then they get us sick and other people sick,” Deanna says. Forgot about the 100 percent attendance award — if your kid is sick, keep them at home.

7. Teachers don’t want to talk to you during class time.

Your child’s teacher wants to communicate with you, but they’d prefer it happen when school is finished for the day. “Don’t call in during class time,” Steve says. “After school or sending an email is best. Before school is not good because you’re always doing something to prepare.” “Don’t show up right before the bell is going to ring,” Deanna agrees. “Email is best because it doesn’t interrupt any of our teaching.”

8. Teachers need your kid in class and on time.

It may not seem like a big deal to miss school for a vacation (especially in the lower grades) but excessive absences and perpetually tardiness do cause problems. “It is not just work they are missing but academically they start to fall behind,” Steve says. For instance, math lessons often build on what was learned the day prior; after a few missed days a child can quickly fall behind. As for being late: “Parents might think we don’t do anything in the first five minutes but we do and they are missing that every time,” Deanna says.

9. Teachers aren’t all about homework.

Some parents want to see their child come home with more homework, as a sort of assurance that they are learning. “I wish parents knew more homework does not mean more academic learning is happening,” Deanna says. “Kids need to go home and have time to still be kids.”

10. Teachers take the end-of-the-year test with a grain of salt.

The statewide end-of-the-end tests are not the ultimate measure of what a child has learned that year. These tests are “extremely tricky” for kids (and even for adults) to understand what they are being asked to do, Steve says. “It’s much worse than parents realize.” Deanna says: “Take the end of the year test with a grain of salt. Just rely on how they have done all year, and it’s OK to opt them out.