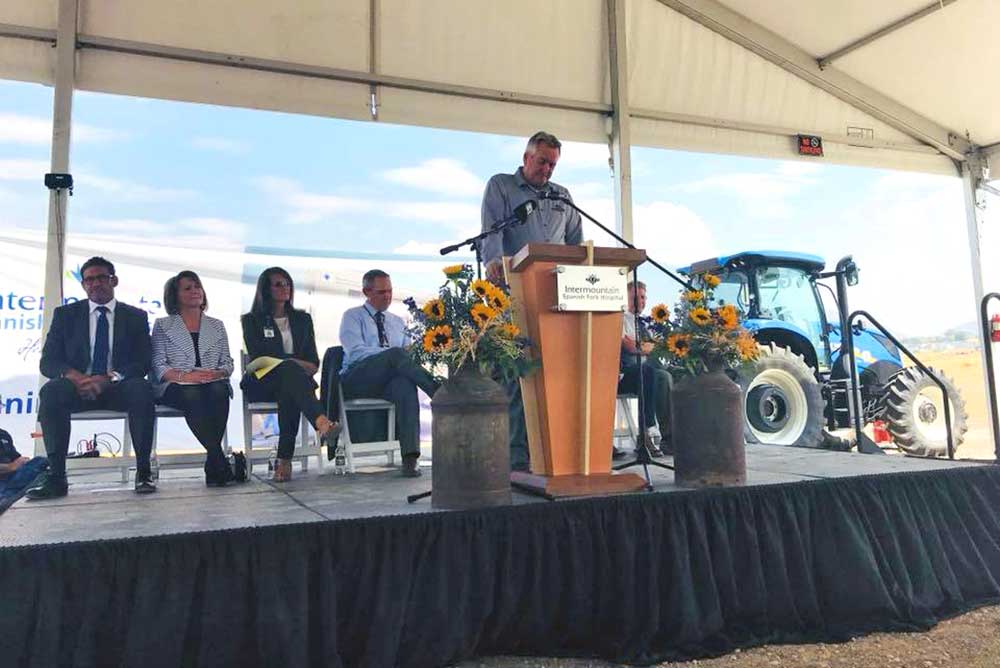 In a nod to Spanish Fork’s past, Intermountain Healthcare broke ground on the Spanish Fork hospital on Monday afternoon using a team of mules and plows.

Speakers at the groundbreaking ceremony said the hospital was a project 10 years in the making and that “it was about time” for a hospital to make it to south Utah County.

Francis Gibson, who Intermountain Healthcare announced as the administrator of the Spanish Fork Hospital, said the hospital will be “a treasure for south Utah County.” 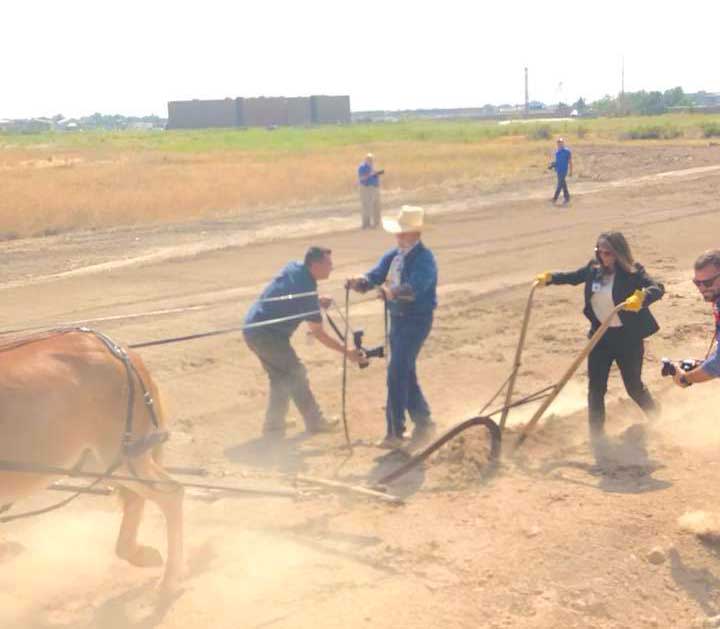 A group plows the field where the Spanish Fork Hospital will stand.

The Spanish Fork Hospital, which has an anticipated completion date near the end of 2020, will sit on approximately 45 acres east of I-15 and north of U.S. Highway 6, near the Walmart Supercenter. The address is 765 E. Market Place Drive. Estimated at approximately $150 million, the new hospital will focus on women’s and medical/surgical services.

In addition, imaging services such as CT, radiology and MRI will also be available as well as cardiopulmonary diagnostic testing and infusion therapy. There will also be an on-site medical office building and Intermountain InstaCare.

“Intermountain has watched the growth taking place in Spanish Fork and beyond for several years,” said Jason Wilson, who was leading the operational planning efforts for the hospital in Spanish Fork before Gibson was named the administrator. “We look forward to providing excellent care to the residents of south Utah County.”

Okland Construction is the contractor for the new hospital.