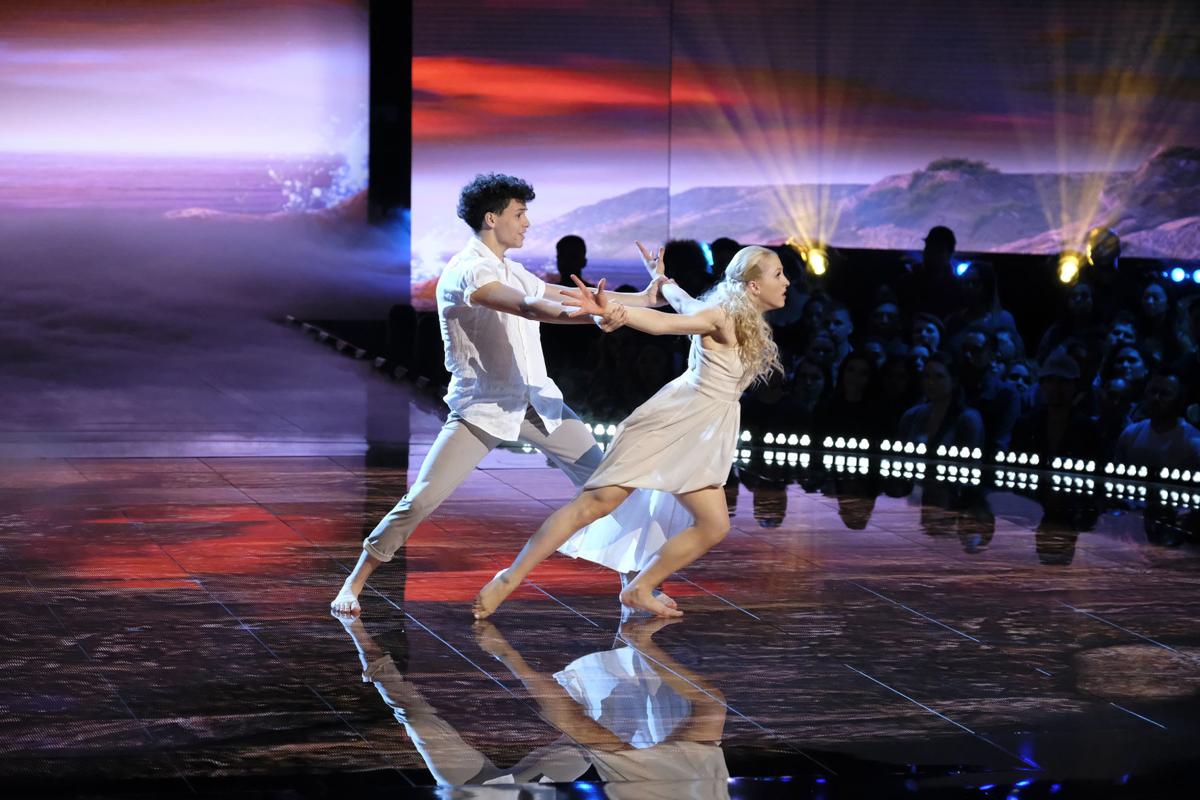 Springville’s Charity Anderson and Andres Peñate earned first place in the Junior Division during The Cut on Season 2 of “World of Dance.” (Photo courtesy Justin Lubin/NBC)

Anderson and Peñate were coming off a perfect score heading into the third round of the competition, a score that had interfered with their mental game.

“We started to doubt if we deserved that 100,” Peñate told the judges following the duo’s The Cut performance.

The judges responded with support for the top teenage duo.

“You absolutely deserved that 100,” judge Jennifer Lopez told the duo. “It’s not that you have to match the 100, it’s just that you have to keep being the best you every time. You guys are awesome. You have to know that. Never let your head get in your way, not when it comes to doing what you love.”

Anderson and Peñate, who choreograph their own acrobatic routines, earned a 92.7 score for their routine to “Waves” by Dean Lewis.

Willard finished in third place, coming in behind his fellow Utah County contestants and hip-hop fusion duo Sean and Kaycee, with a score of 90.7.

During his mentoring session with judge Ne-Yo and guest mentor Mel B of Spice Girls, Willard was struggling with choreographing his routine and the judges called him out for not having enough confidence in himself. Ne-Yo told Willard he needed to recognize his talent and “walk in your great.” Following Willard’s The Cut performance, Ne-Yo complimented Willard on taking his advice.

“The first time we saw you, when you came out on the stage, you were a little shy, a little timid,” Ne-Yo said before walking on stage to hug Willard. “This time you walked out here with your chest out and your shoulders up and your head up like ‘this is my stage.'”

Judge Derek Hough congratulated Willard on the progress he had made.

The two Utah County acts will compete in the Divisional Final next week. If they make it past the Divisional Finals, there is only one more round keeping them from the $1 million grand prize — the World Final. The “World of Dance” competition continues on Wednesday, Sept. 5, at 8 p.m. MDT on NBC.

Coming and going: movies and shows on Netflix in September 2018 Previous post