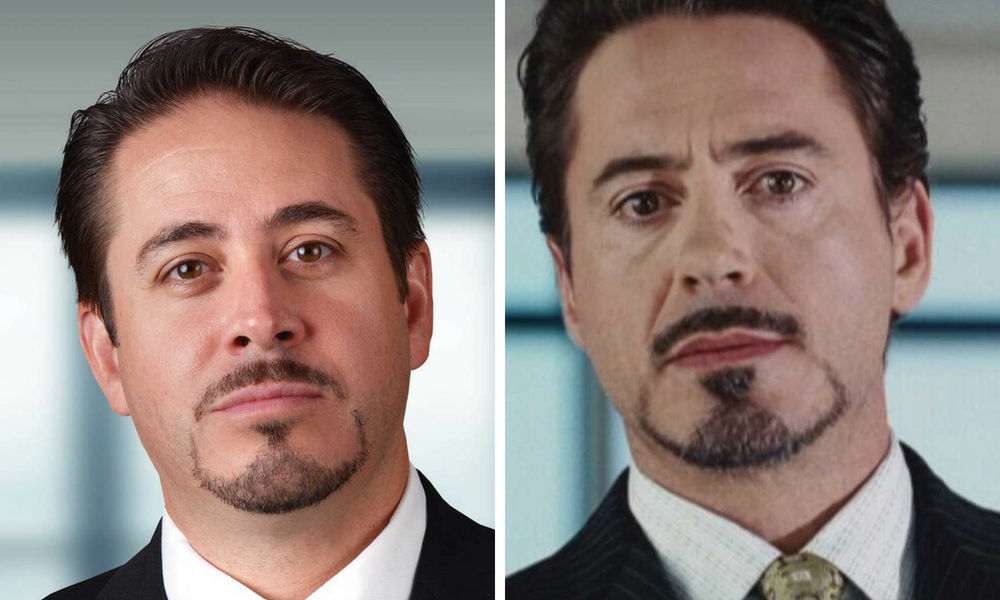 Springville native Adam Weight is frequently told he resembles Robert Downey Jr., specifically his character Tony Stark in the superhero movie “Iron Man.” When the movie came out, neighbors started getting a kick out of seeing “Tony Stark” at church, and several people at work started calling Adam “Tony.” The airport was one the most common places he was told he looked like the actor.

“It started happening so often that I would wear a pair of sunglasses while waiting for flights, especially coming back to Salt Lake from the Burbank Airport,” Adam says. “I just wanted to see how many double- and triple-takes I would get.”

Adam works at MX in Lehi as a client strategy consultant and says the real superhero in his family is his wife of 20 years, Julie. The couple has four children — McKell, Garrett, Sydney and Caitlyn. Adam says his kids get a kick out of telling their friends their dad looks like Tony Stark — and they get mad any time he shaves his goatee.

In his free time, Adam enjoys graphic design, Real Salt Lake soccer, camping, fishing and skiing. He also loves to help others and has contemplated getting an Iron Man costume so he can be part of the groups that visit children’s hospitals.

Who is Robert Downey Jr.?

Robert Downey Jr. began acting in his youth and has a career that spans four decades. His most recent work includes starring roles for super hero franchises “Iron Man” and “Avengers.”

Super similar: Bump-set-touchdown for two generations in a row with Lewis and Bushman lineup Next post