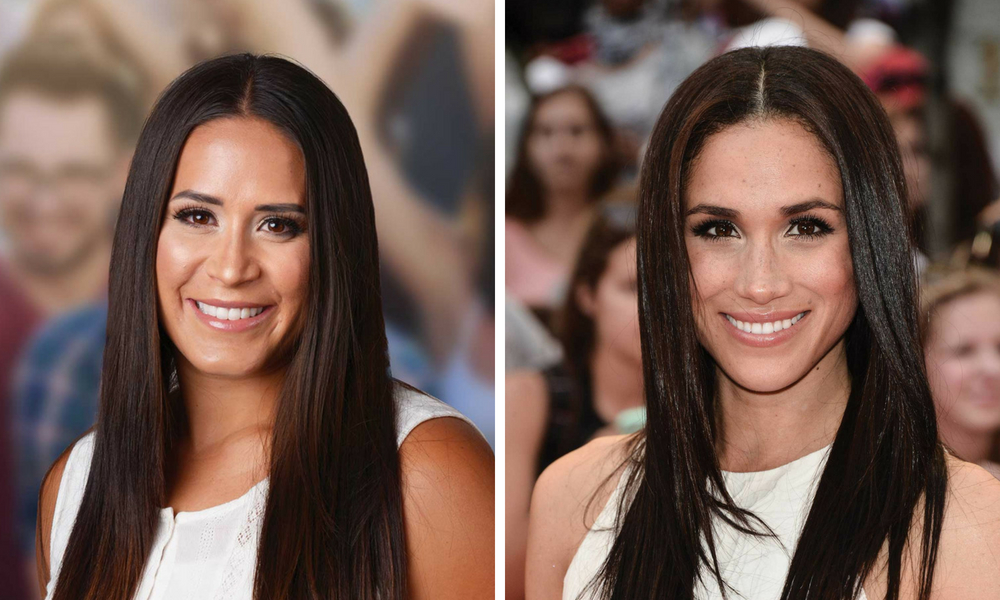 When actress Meghan Markle became engaged to Prince Harry, people started noticing Adrianna Lamb had a similar look. The first person to tell Adrianna she looked like Meghan was a stranger at the grocery store. The next day someone at the park mentioned it. A few weeks later, someone stopped her at a store to tell her the same thing. Everyone kept saying she looked like Prince Harry’s fiancee, but they didn’t refer to the celebrity by name. Because Adrianna doesn’t stay up with celebrity gossip, she didn’t know who they were talking about until someone finally mentioned Meghan Markle and Adrianna started googling.

“I finally had a name to look up,” Adrianna says. “I told my husband, and we laughed about it and snapped my picture next to a magazine at the grocery store.”

Meghan Markle has mixed heritage and so does Adrianna.

“I’m half Hispanic and half Caucasian,” Adrianna says. “It’s fun because nobody can ever guess my ethnicity. I used to live in Hawaii and everyone assumed I was a local or Polynesian.”

Adrianna loves being a stay-at-home mom to her two energetic daughters, Coco and Vayda. She and her husband, Colten, also enjoy being outdoors doing yard work, hiking, swimming, having picnics or fitting in some CrossFit.

Who is Meghan Markle?

Meghan Markle is the newest member of the British royal family and a former actress. Her most well-known role was on TV show “Suits.” Meghan wed Prince Harry on May 19, 2018, and she is now officially the Duchess of Sussex.