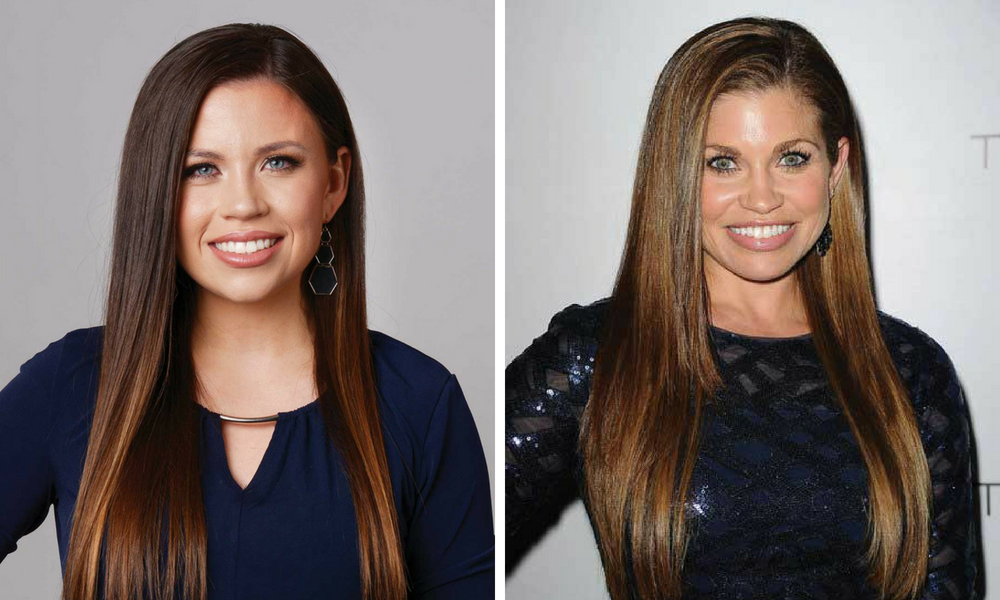 When Alexis Partridge was in eighth grade, random people started telling her she looked like Danielle Fishel, the actress who played Topanga on TV show “Boy Meets World.”

Even though the show ended in 2000, Alexis is still compared to Topanga.

“The most common comment I get is people asking me if I have ever watched the show,” she says. “Then instantly I know where the conversation is headed.”

Alexis enjoyed the series and takes it as huge compliment when people tell her she looks like the actress. Both women are on the shorter side — Danielle Fishel is 5’1’’ and Alexis is 5’2’’, but Danielle is actually 15 years older than the Utah native.

Alexis grew up in Springville and currently lives in Orem with her husband, Shaun, and 14-month-old son Chase. She has worked as a patient care technician at Utah Valley Hospital for three years and would love to eventually become a surgical technician. When she isn’t working or chasing her toddler, she loves sports, exercise and cheering on the Utah Jazz.

Who is Danielle Fishel?

Danielle Fishel is best known for the role as “Topanga” on TV show “Boy Meets World.” The show aired from 1993 to 2000 and Danielle reprised the role in spin-off series “Girl Meets World” in 2014.