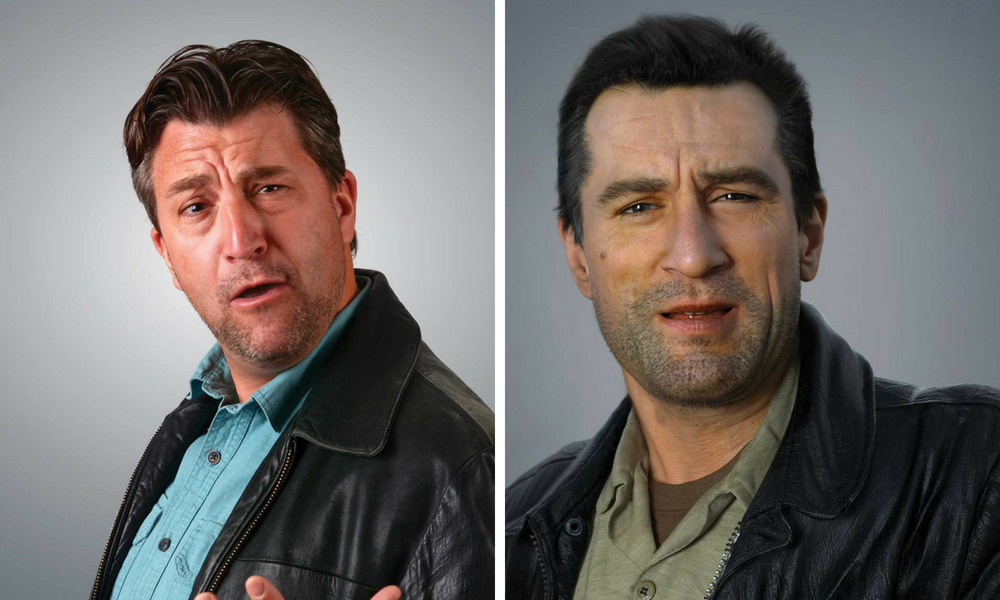 Andrew Lambert is a banker by trade, an actor by night and a Robert De Niro lookalike all day long. People tell Andrew he looks like Robert De Niro on a weekly basis, and Andrew thinks it’s mostly because they have a similar nose.

Andrew shares a passion for acting just like his lookalike. He does community theater and has altered his look for certain characters. Last fall he dyed his hair black and grew a mustache to play Gomez Addams for “The Addams Family” musical produced by the Sandy Arts Guild. He has also grown out his hair and beard for other roles.

Similar to De Niro, Andrew is skilled at the art of conveying emotion through facial expression.

“I like to lose myself in the character so when my friends come to see me, they see me as the character instead of just seeing me pretend to be someone else,” Andrew explains. “Facial expression is crucial in acting as I can communicate so much with a raised eyebrow, a wry smile or an angry look.”

Andrew has been married to his wife, Robin, for 21 years and they share four children — Parley, Brianna, Lily and James.

Who is Robert De Niro?

Robert De Niro is a seasoned actor, producer and director. He is most well known for his roles in mobster films including “The Godfather,” “Goodfellas” and “Analyze This.” More recently he has appeared in movies like “Meet the Fockers” and “The Intern.” He excels at both comedy and drama and has earned several Academy Awards and Golden Globes.