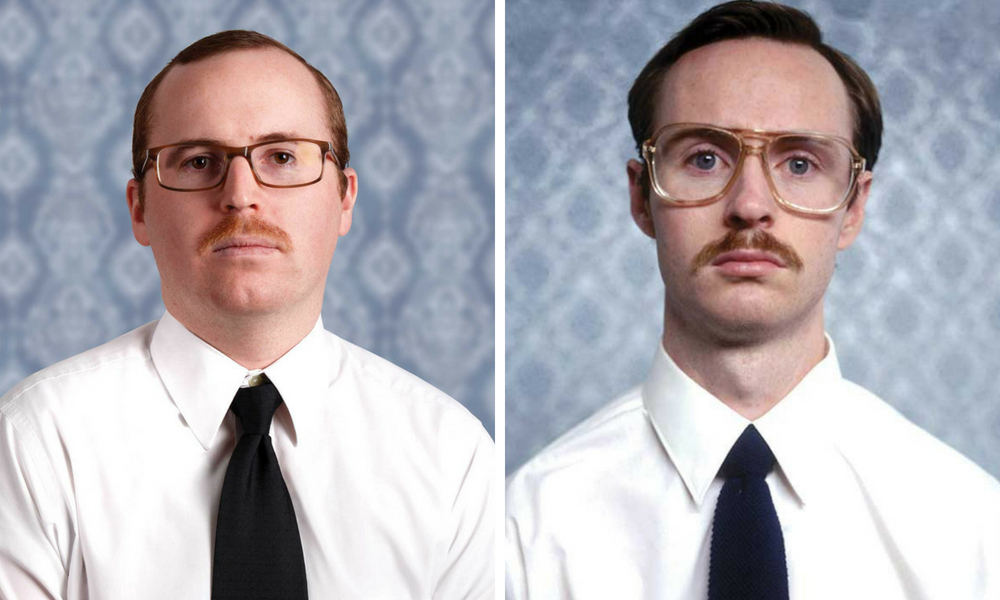 Ross Urry grew up in San Diego but now calls Lehi home. When he started working as a pharmacy intern at Costco, his coworkers noticed he reminded them of a certain “Napoleon Dynamite” character — Kip — who is played by actor Aaron Ruell, who actually attended BYU just like Ross does.

“Normally I would grow a nicely-trimmed beard, but because I go to BYU, I can’t take any exams with my beard so I started to shave everything and leave the mustache as a joke,” Ross says.

Ross comes from a family of six kids and is “currently looking for his own La Fawnduh.” When he isn’t working or at school, Ross enjoys sports and road cycling.

He thinks being a lookalike is entertaining and fun.

“The most common reaction I get is usually a laugh because it reminds people of one of their favorite movies from over 10 years ago,” Ross says.

The character of Kip originated in “Napoleon Dynamite,” an 2004 film set in Preston, Idaho, and made by BYU students Jared and Jerusha Hess. Kip is played by actor Aaron Ruell, who has since become a photographer. Fans of the movie got a kick out of Kip’s chat room love interests and his claim to be training as a cage fighter.