Home Featured House host: How to plan a summer party for a few thousand friends in 33 locations

House host: How to plan a summer party for a few thousand friends in 33 locations 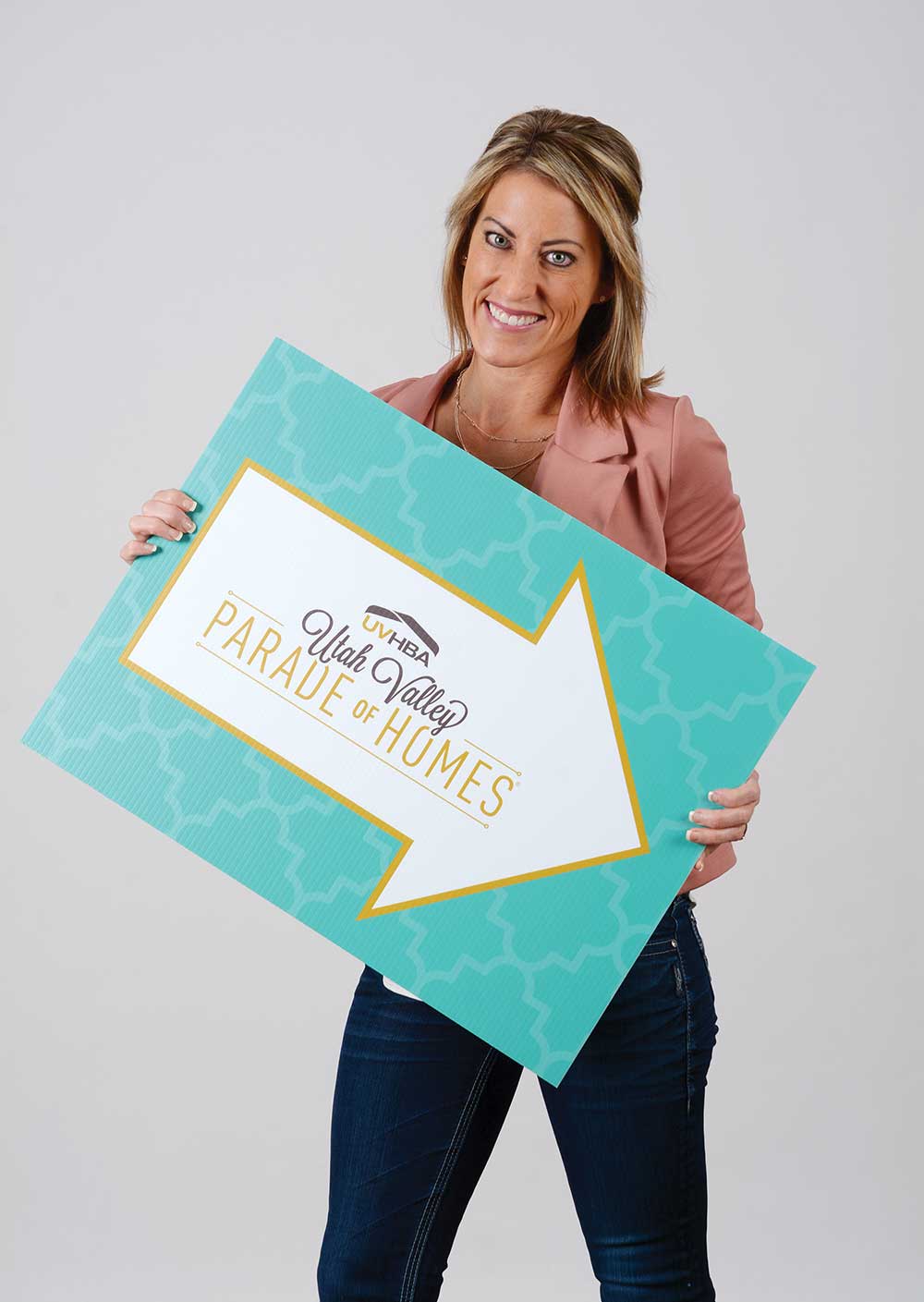 With more than 28,000 people attending the Utah Valley Parade of Homes, Amber Hutchings’ job is to keep builders and guests headed in the right direction — literally and figuratively. (Photo by Dave Blackhurst/UV Mag)

If the Utah Valley Parade of Homes had a grand marshal, it would be Amber Hutchings. As the director of events for the Utah Valley Home Builders Association, she is the mastermind behind it all.

The event may only run for a couple weeks in June, but behind the scenes, Amber is managing the deadlines, details and craftsmen all year long.

Amber comes from a family with a foundation in the construction industry — her dad is a general contractor and so was his dad before him.

“My love for the building industry came from walking many job sites growing up,” she says. “I’m convinced builders work harder than anyone else from sun up to sun down.”

Amber was born in California but raised in Provo and grew up dancing. She even danced professionally for a few years after high school. Before taking the job at the UVHBA, she was an executive assistant at a brokerage firm where she managed storage units and a trash-hauling business, along with property management work. She joined the UVHBA in 2004 as a member and served on the parade committee until it became her full time gig.

The hardest part of Amber’s job?

Making sure all of the homes are finished on time.

“We’ve got a great committee in place to inspect the homes along the way, but it is challenging to make sure everyone is on schedule when the homes are stretched from one end of the valley to the other,” Amber says.

This year, Amber planned two big events: the parade and her March wedding. She pulled off both and gave herself a week off following the parade to recoup.

Amber actually starts working on next year’s parade while the current parade is still going.

“It’s a must because some builders are already breaking ground and I’ve got to be one step ahead,” Amber says.

Amber also runs the association’s monthly membership meetings, coordinates community service through SubContractors for Santa, and serves UVHBA members with continuing education and networking opportunities. When the work day is done, Amber’s 13-year-old daughter and 8-year-old son keep her busy under her own roof.

Amber’s top tip for parade lovers is to use the parade app — not Google Maps or Apple Maps — to find the homes.

“Some of the subdivisions are so new that they are not registered yet with Apple or Google Maps by the time the parade begins,” Amber says. “In those cases, when our guests type the parade home address, it doesn’t always guide them to the correct location.”

Using the app eliminates this problem and guarantees a navigation home run.

Super similar: Bump-set-touchdown for two generations in a row with Lewis and Bushman lineup Previous post

The First Timer: The Parade of Homes from a newbie builder’s perspective Next post