The Church of Jesus Christ of Latter-day Saints released information on two of its temples that are currently under development. On Thursday, the Church shared the rendering for the Pocatello Idaho Temple. Then on Friday the Church announced the open house dates for the Concepción Chile Temple. 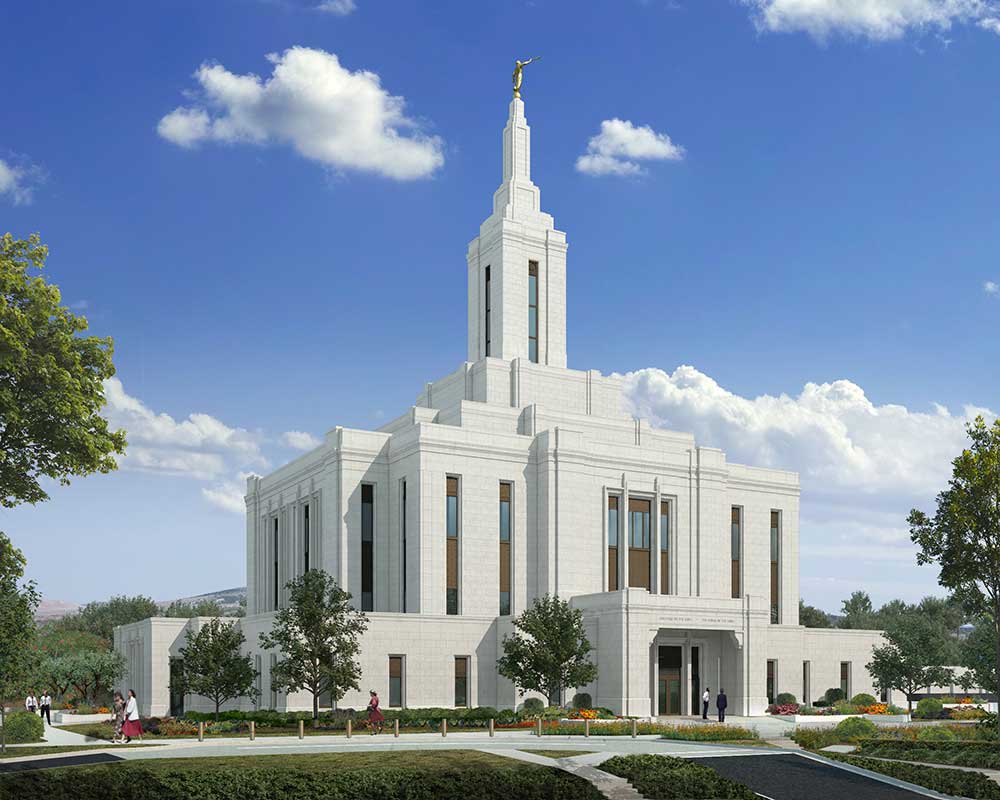 The Pocatello Idaho Temple rendering features a three-story temple with a center spire. Construction on the temple is expected to begin in 2019. It will take between two and three years to complete the temple.

This will be the sixth temple in Idaho and will serve nearly half a million members of the Church living in the area. The temple was first announced by then-Church President Thomas S. Monson in April 2017.

The temple will be located east of Satterfield Drive and Butte Street in Pocatello in a new subdivision known as Crestview Estates – Division 2.

The Concepción Chile Temple of The Church of Jesus Christ of Latter-day Saints. (Photo courtesy of Mormon Newsroom)

The Church is inviting the public to tour the newly complete Concepción Chile Temple, which is the second temple in Chile. The first temple, located in Santiago, was completed in 1983.

From Saturday, September 15, to Saturday, October 13, 2018, the community may tour the temple for free, except on Sundays when the temple is closed. Each tour consists of a 10-minute video presentation followed by a 40-minute walking tour through the temple, which is located at Avenida Quinta Junge in Concepción, near the Biobío River. The public can get their complimentary tickets at templeopenhouse.lds.org.

Following the public open house, the temple will be formally dedicated on Sunday, October 28. Prior to the dedication, there will be a youth devotional the night before.

As the 160th temple of the worldwide church, it will serve some 122,000 Latter-day Saints in southern Chile and some southwest reaches of Argentina.

In October 2009, Church President Thomas S. Monson announced that a temple would be built in Concepción, and construction began with a formal groundbreaking on October 17, 2015.

The 23,000-square-foot temple was designed to reflect the neoclassic building style typical of other historic Chilean church buildings. The interior features original art glass, hand-tufted carpets and stone from Portugal and Spain. Also featured is beautiful lapis lazuli, a deep blue rock native to Chile. The temple stands 124 feet tall and is crowned with a gilded statue of Moroni, a Book of Mormon prophet who is significant to Latter-day Saints for his role in the restoration of the gospel of Jesus Christ.