Super similar: Bump-set-touchdown for two generations in a row with Lewis and Bushman lineup 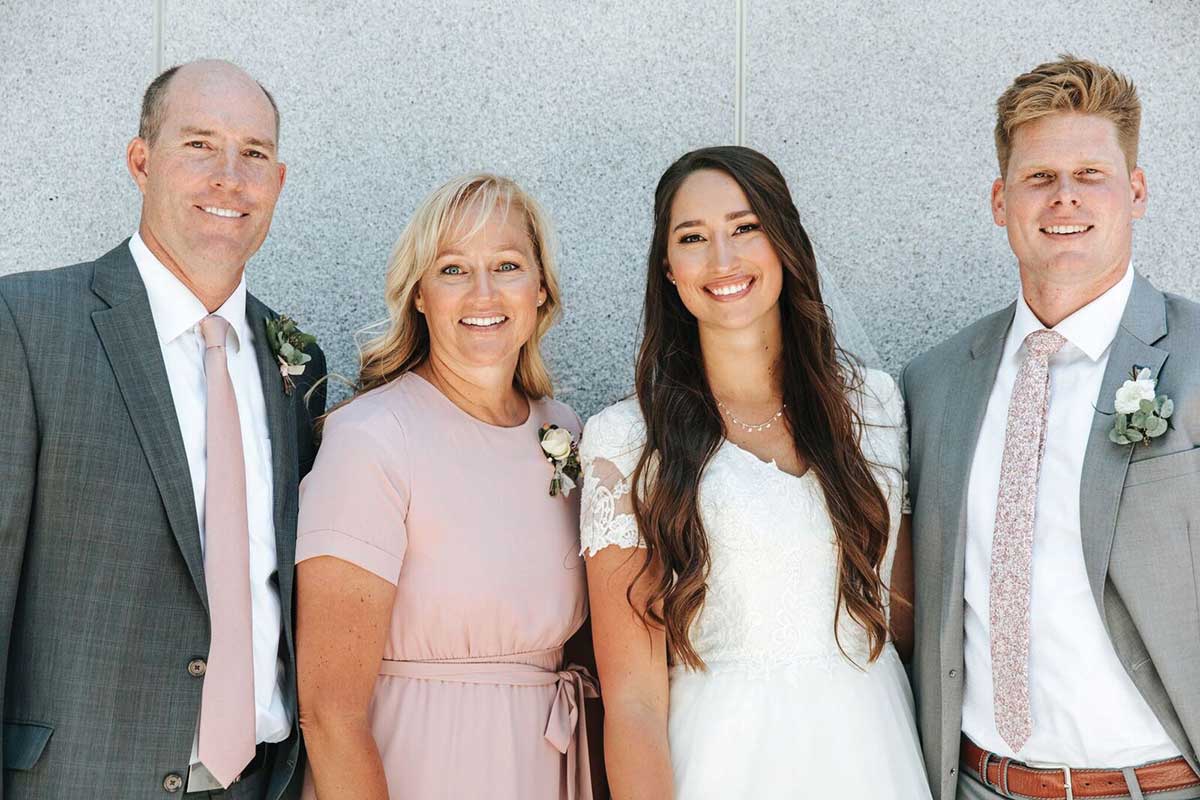 Chad and Michele Lewis (left) married in 1994 as BYU athletes in football and volleyball. This past June, history repeated itself as their volleyball-playing daughter, Emily Lewis, married tight end Matt Bushman. (Photo by Abby Keenan)

BYU tight end Matt Bushman and Cougar opposite hitter Emily Lewis Bushman tied the knot this summer like thousands of other Provo couples, but the average height of their wedding reception attendees was anything but average. The June nuptials doubled as a BYU student athlete party.

Matt and Emily’s relationship is headline-worthy, partly because it’s the sequel to a 1994 wedding when another BYU sports power couple started their roster. Emily’s parents are football All-American Chad Lewis and volleyball All-American Michele Fellows Lewis.

“It is definitely common for people to compare my relationship to my parents,” Emily says. “Whether walking around BYU or talking to family and friends, it is hard not to notice the similarities. I am proud of my parents and who they are. Being compared to them is a compliment.”

Emily says the comment she hears most often is, “You married your dad!”

“The opposite is actually true,” she says. “I married my mom.”

Sure, Emily and Michele both play volleyball, and their red-headed husbands play football. But when it comes to personality, Matt is more like Michele.

“Matt and my dad are similar as far as the hair, position, and number — but personality-wise they are different,” Emily says. “My dad has always been outgoing, enjoys talking in front of people, and is a high energy guy. My mom is more introverted, has a high level of discipline and focus, and enjoys doing her own thing. I guess opposites do attract — in both generations.” 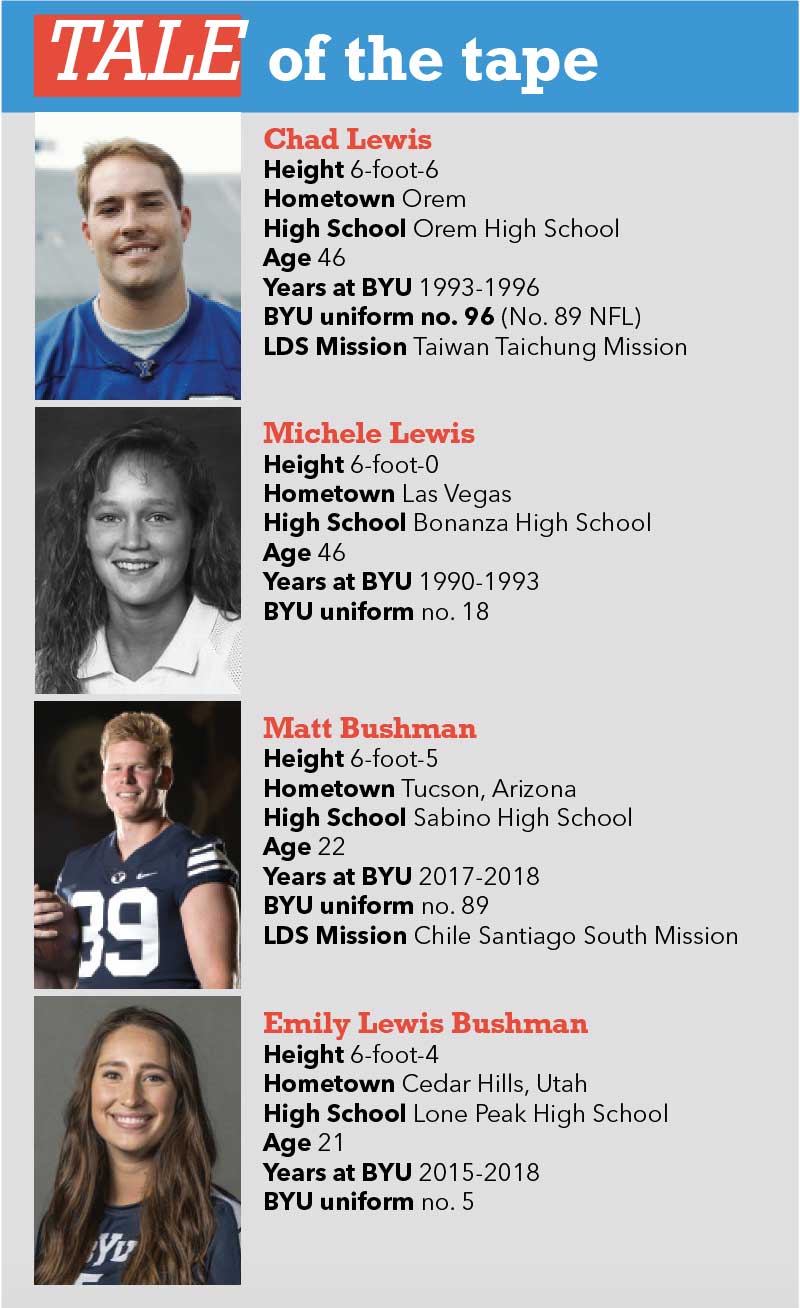 Freshman All-American tight end Matt Bushman, who is a 6-foot-5 pass-catching phenom, jumped onto the scene last season as a bright spot during an otherwise uninspiring season.

The freckled red-head caught 49 passes for 520 yards and three touchdowns.

To many fans, Bushman is deja-vu for another freckled, red-headed, athletic pass-catcher from the 1990s — his father-in-law.

Chad, a 6-foot-6 versatile athlete, finished his BYU career with 111 pass catches, 1,376 yards and 10 touchdowns before going on to become an NFL All-Pro with the Philadelphia Eagles.

“We have a similar ability of catching the ball and seeing what we can do after the catch,” Matt says. “The difference is that Chad has already achieved what any football player dreams of — a successful NFL career. I am still working to reach that goal.”

Michele says Matt is a perfect fit for her oldest daughter, Emily, and the young relationship brings back memories.

“Emily is going into her senior year and Matt is entering his sophomore year. It was the same when Chad and I married, but I was finished with my eligibility,” Michele says. “Emily is 21 and Matt is 22. Chad was 21 and I turned 21 five days after we married.”

Michele says she and Chad lived in a basement apartment as newlyweds and now Matt and Emily live in a basement. She also points out the most visible match: Chad wore No. 89 for the Eagles and Matt wears No. 89 for BYU.

House host: How to plan a summer party for a few thousand friends in 33 locations Next post