Home Featured The First Timer: The Parade of Homes from a newbie builder’s perspective

The First Timer: The Parade of Homes from a newbie builder’s perspective 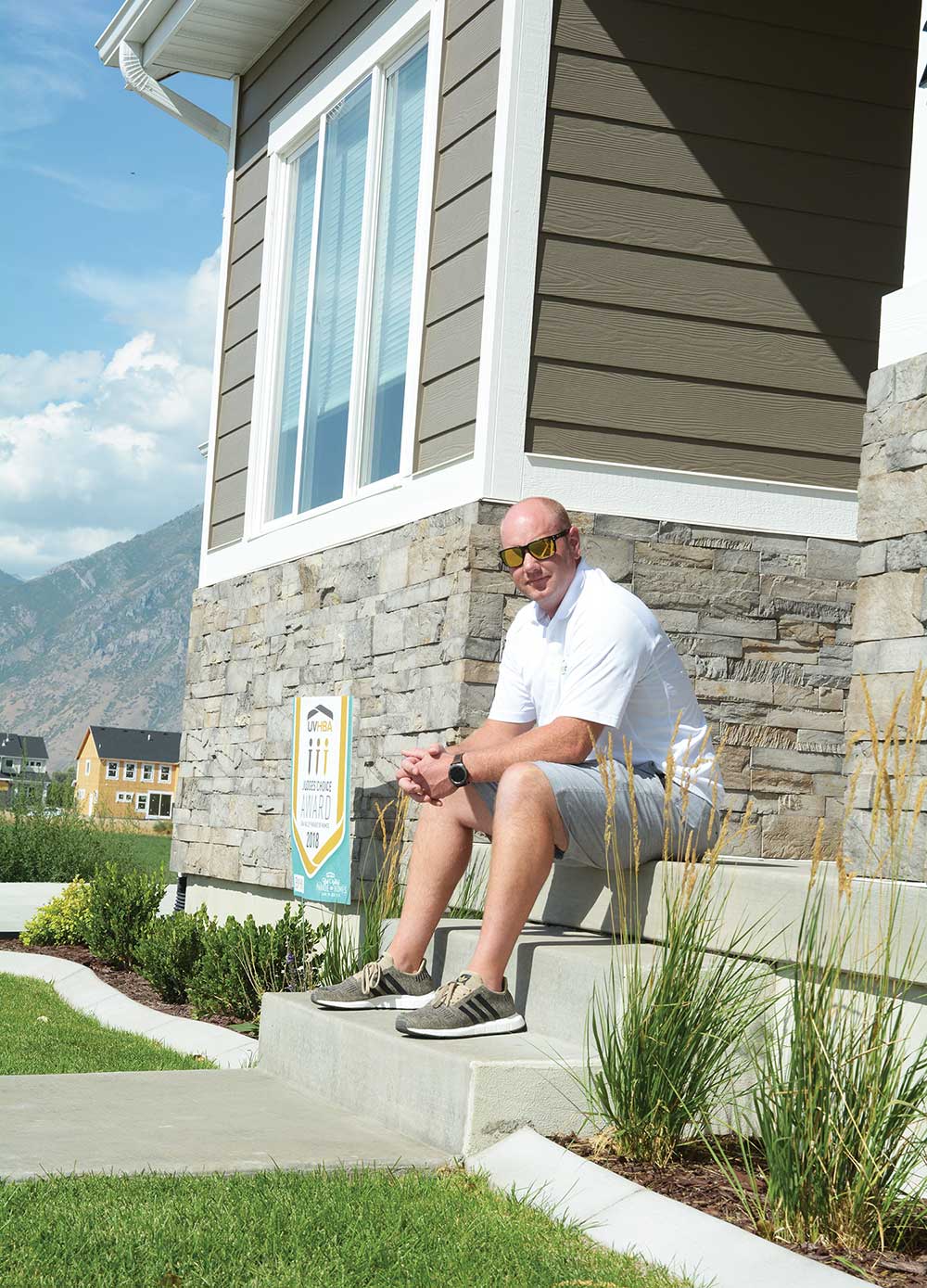 Kurt Antonino lives in Spanish Fork with his wife and four children. Spanish Fork is also the site of his first-ever Parade of Homes entry, pictured here.

Behind every beautiful parade home is a hardworking builder sweating the small stuff. At Green Tech Construction, that person is Kurt Antonino.

Kurt decided to participate in the parade for the first time in 2018 because he felt he finally had enough resources to build a spec home (a home built before a buyer has been found). More importantly, he wanted to show people that a nice, custom home doesn’t have to be large.

“Sometimes we have the mentality that a home is only really nice if it is huge,” Kurt says. “But we wanted to show that quality comes in all sizes.”

Kurt grew up in Wyoming and started his construction career as a framer in Telluride, Colorado. The trade came naturally to him, and he moved up the ranks quickly and became superintendent. In 2010, he took a leap of faith and started Green Tech. Eight years later, he entered the Utah Valley Parade for the first time.

The home’s timeline was focused. Green Tech pulled a building permit Jan. 31. Four months later they were in the final stages of construction. By the opening date of the parade on June 7, they were ready to roll.

Kurt was at the home every single day of the parade except for taking off early on the day of his wedding anniversary (15 years — woot, woot!).

“I think people want to be able to ask the builder questions,” Kurt says. “Even if they weren’t talking to me, I was able to be a fly on the wall and hear a lot of feedback. I noticed a lot of people commenting on how they liked the home’s layout and pops of blue and orange.”

The great room was another highlight.

“A lot of people coming through said it looked like somewhere they just wanted to stay and hang out for a while,” Kurt says.

While some parade homes have a homeowner, others are built as spec homes and are listed for sale during the parade. Kurt went the spec home route and this influenced the interior design choices to be more timeless and established.

For Green Tech, the meaning of “green” construction is not just about energy efficiency, but also square-size efficiency. Figuring out how to maximize the home layout was one of the most time consuming parts of the building process.

“We wanted things to flow well and we spent a lot of time discussing what design features to change, add and delete to achieve that,” he says.

Kurt is planning on participating in the parade next year and his advice to any builders who want to get involved is to start as soon as possible. He also says his team was key to the home’s success. Surrounding yourself with people who care makes all the difference.

House host: How to plan a summer party for a few thousand friends in 33 locations Previous post

Speed of light: Capturing the parade homes for all to enjoy Next post