Home Life Warm welcome: A hairstylist and mother-of-four opens her parade home with an open heart

Warm welcome: A hairstylist and mother-of-four opens her parade home with an open heart 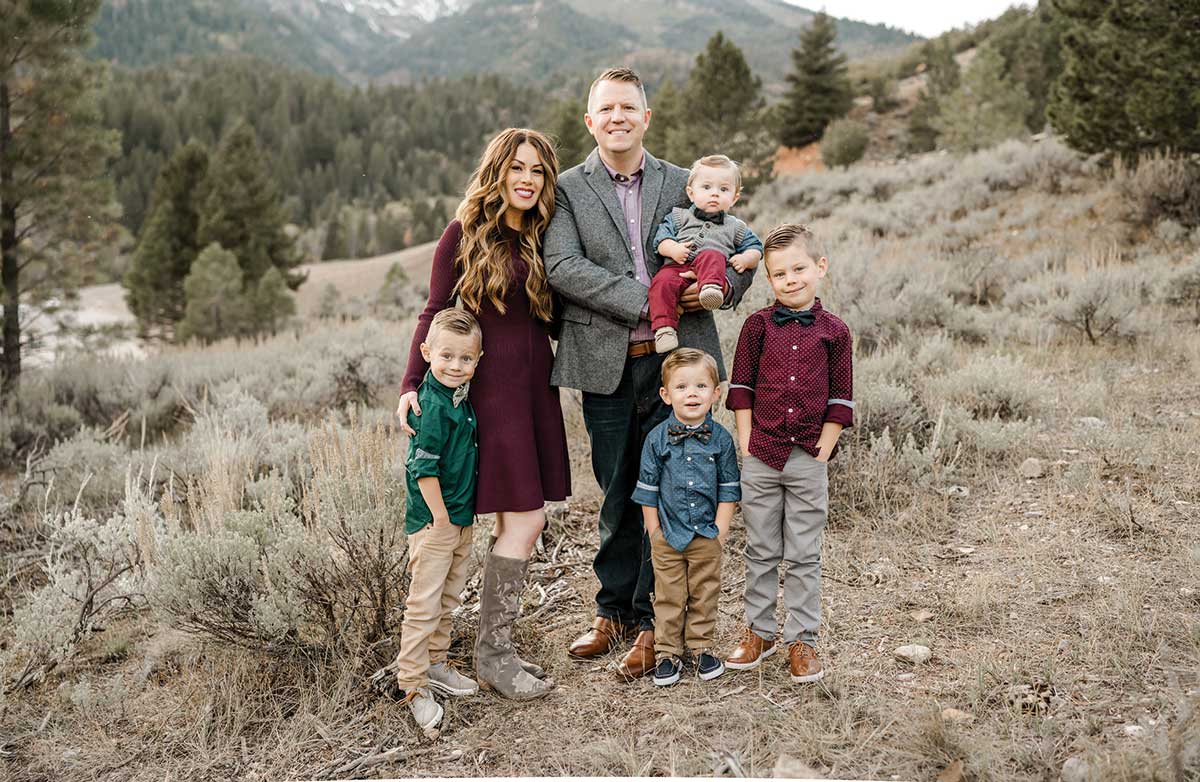 Melinda and Derrick Deaton took this photo in the mountains near their new Alpine home that was featured in the 2018 Utah Valley Parade of Homes (#32, Chateau d’Elegance). When the parade started, Melinda spent time at the home in the evenings to talk to guests. While some homeowners shy away from interacting with the public, Melinda made the decision to put it all out there and take the good with the bad. “I love people, and I decided if I was going to do it, I might as well do it all the way,” she says. “After doing hair for years, I have learned how to talk to anyone.”

For Melinda and Derrick Deaton, the first step in building their home was taking Sunday drives to scope out property. When they found a lot in Alpine nestled against the mountains, it just felt right. Derrick is the owner/operator of Kneaders in Draper and has investments in a few other restaurants; Melinda has been a hair stylist for 15 years.

While Melinda loves doing hair, she has always had an interest in interior design as well. When the couple started construction, she got up the courage to ask her builder if she could do the interior design on her own. Matt Yeates, owner of Highland Custom Homes, was all for it.

“I had always wanted to get into design, but I was scared to put it out there,” Melinda says. “To my surprise, Matt encouraged me and said he would be right there to help me through the process.”

With four energetic boys under the age of 8 — Lance, Lincoln, Lennox and Luke — making things kid-friendly was a must. Even though the average parade-goer might not see the kid friendliness of the home, Melinda thought through each detail.

In the backyard, she made sure the water feature was never more than two inches deep and when turned off it drains in three minutes. In Melinda’s vanity area, she chose a girly floral wallpaper with little bugs hidden in it for her boys.

Melinda also made spaces for her kids to be with her in every room.

“I’ve realized my kids will always go wherever I am in the house,” she says. “So in the kitchen when I am cooking, they have the breakfast nook to sit at.”

Luckily for Melinda, Matt is a night owl just like her, so many important decisions were made over email and text at 2 in the morning.

On the opening day of the parade, Melinda’s builder had a plaque for her next to all the subcontractor plaques that read “Deaton Design.”

“It was so sweet and built my confidence,” she says.

Melinda was frequently asked about the spiral staircase and basement flooring. The staircase leads to a kids bonus area and was blocked off during the parade for fire code restrictions. The flooring is a polished concrete that looks like marble.

Melinda made an effort to stage the home the way she actually lives in it.

Now that the parade is over, Melinda can focus on making memories in her new home.

Melinda knew that her Sub-Zero Fridge would be a magnet for fingerprints with four little boys running around. So she had her fridge wrapped in a special coating, similar to what they put on luxury cars, to keep it looking pristine.

The long and winding road: Dylan Collie finishes his journey back where it started — Provo Next post