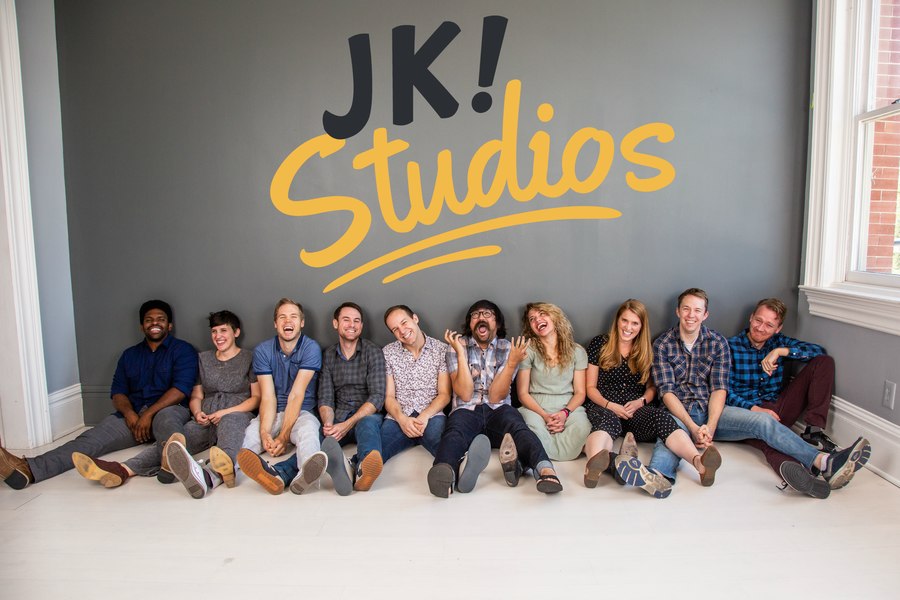 The original cast of “Studio C” may be leaving the BYUtv show they helped start, but their announcement Wednesday morning promised they aren’t leaving laugher behind.

On Wednesday morning, the group of 10 friends announced they are launching an “exclusively digital, family-friendly comedy network” — JK! Studios — in January.

“Since we’re all best friends, we do everything together, so we left the show we love to create the online hub for family-friendly comedy,” Whitney Call said in the YouTube video announcing the venture.

In January, they plan on releasing five different shows. Those shows will range from sketches like they performed on “Studio C” to reality shows to podcasts and even movies.

To which Call explained, “Because you asked for it.”

And the group won’t be the only ones creating these online shows — they will team up with other creators.

“We’ll be working with a whole bunch of other creators who share our mission to create a bigger home for clean comedy because this is bigger than us or just one show,” James Perry said.

With the change, the original “Studio C” cast says their newfound independence will allow them to interact more with fans. Part of that interaction will be include exclusive perks for their Patreon contributors. Some of those perks include live video chats with the cast, early access to videos, exclusive merchandise and, at the highest level, an opportunity to be an extra on a show.

Between now and January, JK! Studios will be releasing behind-the-scenes footage, trailers and sketches to tease the upcoming programs.

“Our dream has always been to work together on something that we love and we love making people laugh and bringing them together,” Stephen Meek said.