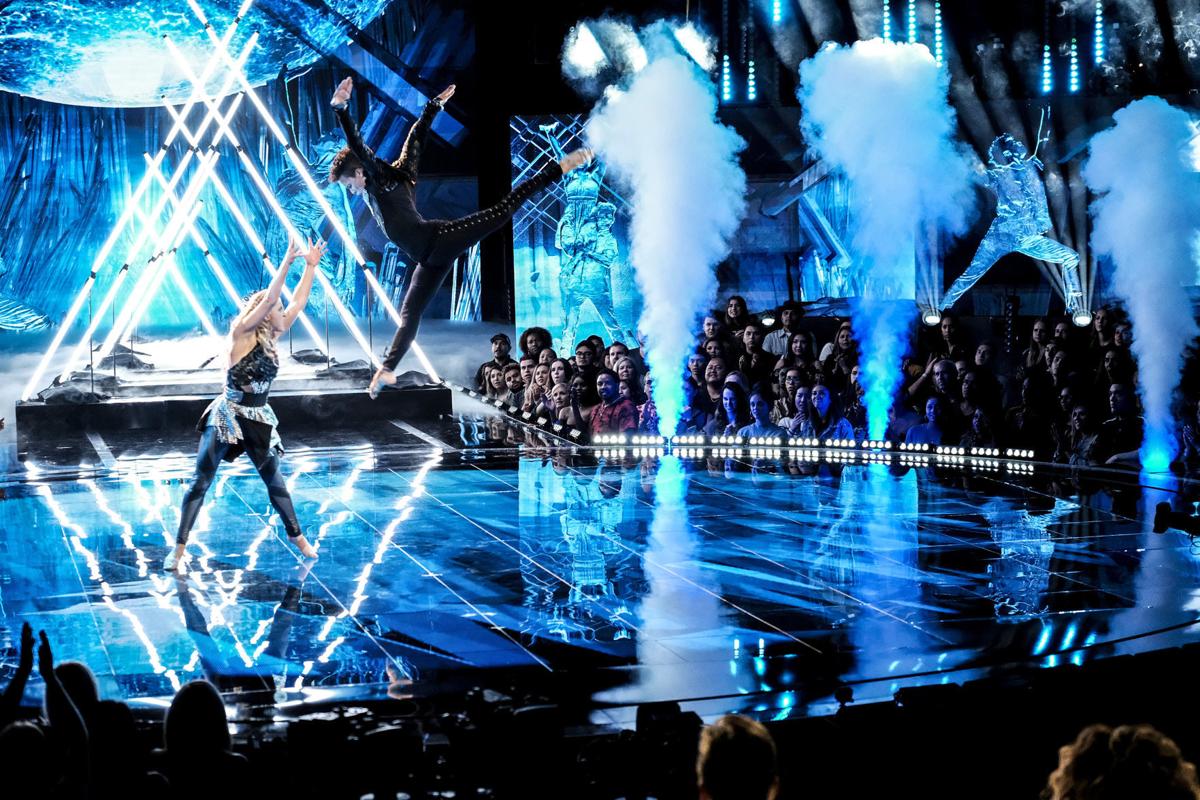 Springville’s Charity Anderson launches Vinyard’s Andres Peñate across the stage during their performance on the World Final of “World of Dance.” The duo came in third place. (Photo by Justin Lubin/NBC)

Utah County duo Charity Anderson and Andres Peñate proved formidable competitors on “World of Dance” throughout the second season of the show. They earned the shows first ever perfect score, they won the Junior Division and Anderson competed in the last two rounds with her left big toe broken — but it wasn’t enough to win the million dollar prize.

In the end, The Lab, the Junior Team Division winner, won the competition with a combined score of 97.5. Michael Dameski, winner of the Upper Division, took second place with a 96; Charity and Andres earned a 94.3; and S-Rank, the Upper Team Division representatives, came in last with a 93.5.

For their first number, judge Derek Hough chose Lido’s remix of “Ain’t No Sunshine” for the Utah County duo.

The judges were blown away by Anderson’s pirouettes on her broken toe at the beginning of the routine. Judge Jennifer Lopez said, “It was like you were ice skating back there.” Lopez called the partnership the “standout couple of the year.”

“You’re so strong. I’m jealous of you,” Ne-Yo told the duo. “You all are damn near perfection every single time you touch the stage.”

When the judges asked Anderson and Peñate how they felt during their routine, the duo expressed gratitude.

“Honestly, we didn’t expect to get this far,” Anderson told the judges. All of the judges reassured them that they deserved to be in the World Final.

“You guys are so brilliant at your partner work.” Hough said. …”You both deserve to be here. You are incredible dancers.”

Anderson and Peñate earned a 94.3 for their first routine.

For their second routine, Anderson and Peñate chose “Legendary” by Welshly Arms because they wanted to share their story from unknown dancers from a small town to the world stage.

“Holy Cow… you guys are both beautiful technicians, but also just artists,” Hough said. “You just have these beautiful transitions and you guys just execute every single time.”

The judges talked at length about Anderson lifting Peñate during one of his leaps, which launched him across the stage.

“Above your technical ability and ridiculous strength, I love the heart that you guys have,” Ne-Yo said. “You are what ‘World of Dance’ is about,” said Ne-Yo.

The duo once again earned a 94.3 for their routine, which gave them a combined score of 94.3.