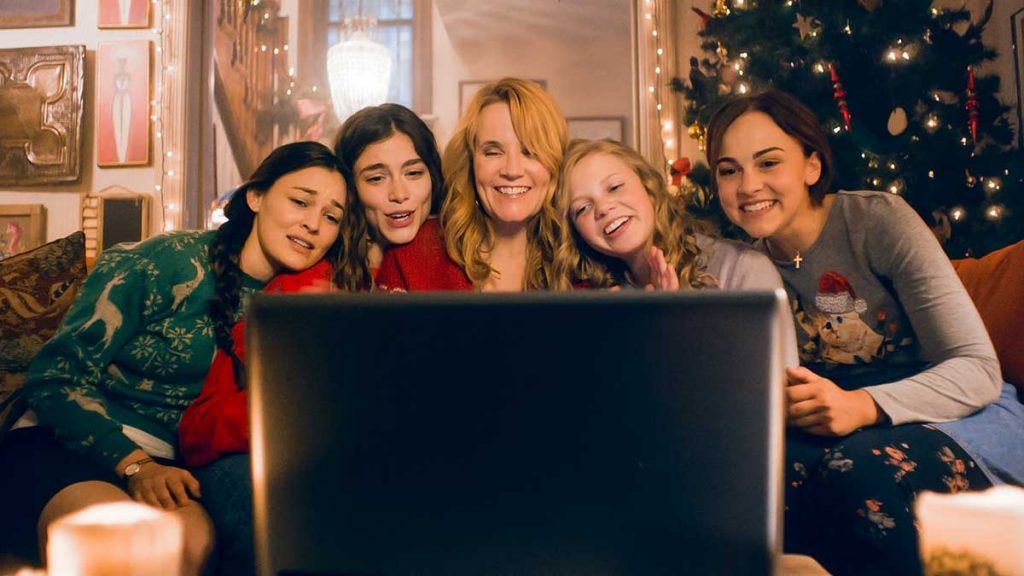 It’s been 150 years since Louisa May Alcott introduced the world to the March family in her novel, “Little Women.” Now Director Clare Niederpruem is illustrating a new side to the family of sisters in a modern-day adaptation of the classic novel in a new feature film.

Growing up, “Little Women” held a special place in Niederpruem’s life — it was her favorite book and she loved the 1994 film adaptation featuring Winona Ryder.

“I reread it as an adult and got more out of it and found it incredibly relevant in relationships that I had with the women in my life, the struggle with being an artist, and expectations vs. the reality of growing up,” Niederpruem said.

When she realized “Little Women” would be celebrating its 150th anniversary in 2018, Niederpruem set out to reimagine her beloved novel. She invited fellow screenplay Kristi Shimek to co-write the script with her. Together they shifted the March sisters into a new era for a new generation. The 2018 version takes place in the modern day.

“Little Women” tells the story of four sisters — homeschooled in this adaptation — who have big dreams about growing up. Fiesty Jo yearns to write a novel and “do all the things,” caring Meg wants to be a wife and a mother, selfless Beth wants to remain happy with her family, and animated Amy dreams to paint professionally and be loved. As the sisters grow up, however, they realize that life doesn’t always turn out as expected. 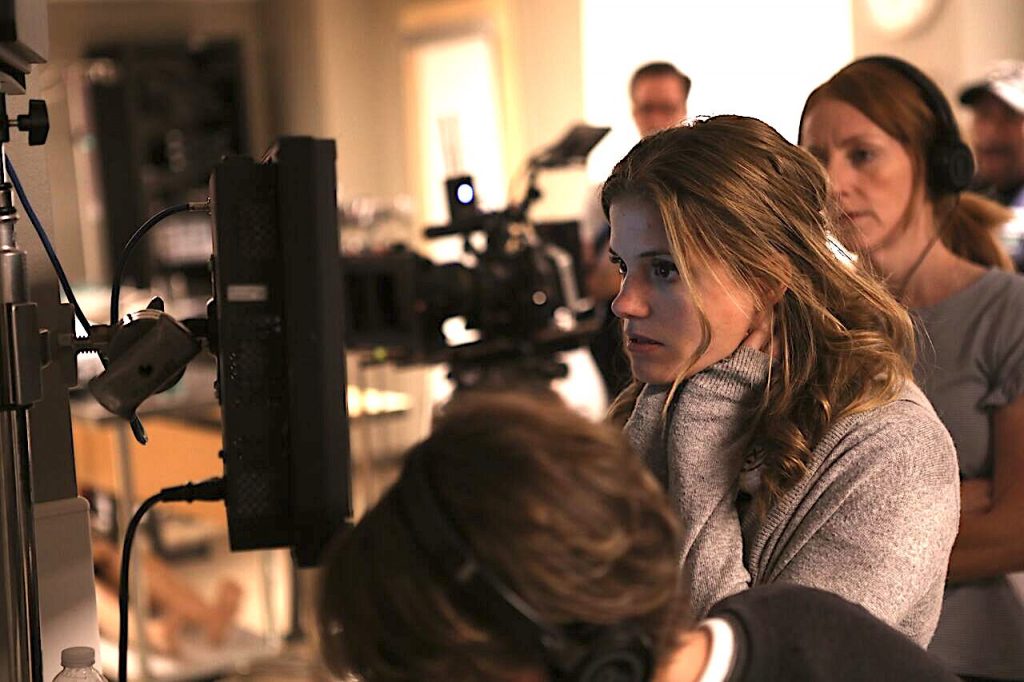 Melanie Stone, who plays Meg March, said she wanted to be part of “Little Women” so she could work with the Director and Co-writer Clare Niederpruem (pictured here). “I was so impressed with her work ethic and her attitude,” Stone said. “I worked with her on a film. Instantly, I knew I wanted to be a part of it because I knew it would turn out great since she would be leading it.”

Adjusting the classic story for a modern-day March family went over rather seamlessly for Niederpruem and Shimek — a testament to the timelessness of the novel — but there were a few changes that the writers needed to make.

“Obviously, women have a lot more freedom today,” Niederpruem said. Since Jo would have opportunities in the 20th century she wouldn’t have had in the 19th century, Jo’s challenge need to focus on her being a struggling novelist. And Niederpruem and Shimek dug into the challenge by organizing the script so that the first Jo viewers meet is 29-year-old Jo in New York instead of young Jo dreaming in the attic. The storyline is interwoven, carrying the story through the current day with flashbacks to moments that made the March sisters who they are today.

“We really wanted to explore Jo as an adult and spend some time with her where she is today,” Niederpruem said. “The only way found to make that successful was to start out like that and flash back to why she got there.”

[pullquote]“We just wanted to make sure this was a film about women supporting other women.” — Clare Niederpruem, director[/pullquote]

Another difference is that Niederpruem and Shimek brought back one important aspect of the classic novel to the big screen — the “castles in the air.” Signifying the girls’ hopes and dreams, the March sisters share their deepest desires in their individually decorated castles.

Melanie Stone, an actress who lives part-time in Orem, Utah, initially auditioned for Jo, but she had a feeling during auditions that she would be cast as Meg. Ironically, Meg is the character she least related to, which turned out to be a good thing.

“I’m so grateful that I was able to play Meg because that is the character that I don’t relate to as well, so it helped me be more empathetic to that type of person,” Stone said. “This film is all about supporting each other even if we differ in our dreams and our goals.”

In fact, one major difference from the 1995 film to the modern-day film is the limited time the male actors have on the screen. While the love stories still exist, the greater love story is the one between the sisters.

“We just wanted to make sure this was a film about women supporting other women,” Niederpruem said. “Even though the male characters are important, we didn’t want them to be the focal point.”

Through differing perspectives and varying goals, the March sisters are an example of dedicating themselves to women helping each other champion their castles. 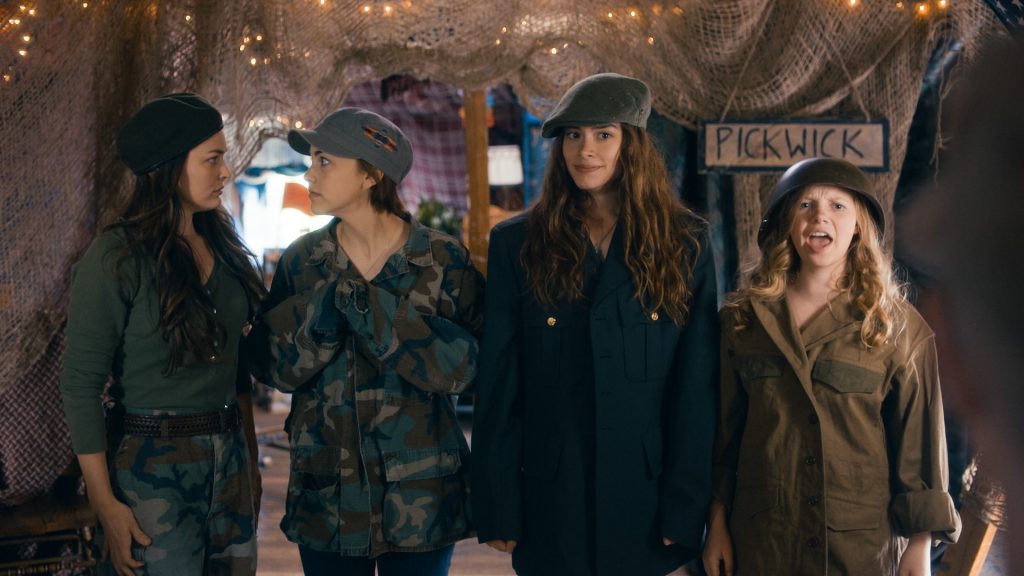 During their childhood, the March sisters build their “castles in the air” in the attic. (Photo courtesy of “Little Women”)

“We struggle today as women through the differences of whether or not we want a career, we want a family or want both,” Niederpruem said. “Sometimes I think it is easier for us to support other women whose lives look just like ours. … There is some judgment back and forth between how we can have it all these days, so we really wanted to pinpoint that.”

The movie holds onto those nostalgic scenes: from Amy’s declaration when Jo cuts her hair to Meg’s uncharacteristic party scene, the March sisters are as lovable and relatable as they were over a century ago.

Elise Jones, who made her film debut as Amy, called “Little Women” a “timeless story.”

[pullquote]“It’s such a timeless story that I feel so much of it is easily translated into the current day.” — Elise Jones, actress who plays Young Amy[/pullquote]

“People my age see this old book … but I think there are so many important lessons about loving your sisters and loving other women’s dreams and being able to support women,” said the 16-year-old actress from Mapleton, Utah. “There are so many important lessons that can be learned. I think bringing to a modern age and some of those situations that the girls face in their story can relate to people currently. It will catch some of the people my age who wouldn’t be interested.”

The modern-day “Little Women” will be released nationwide at select theaters on Friday, Sept. 28. The movie is rated PG-13 for some thematic elements and teen drinking.