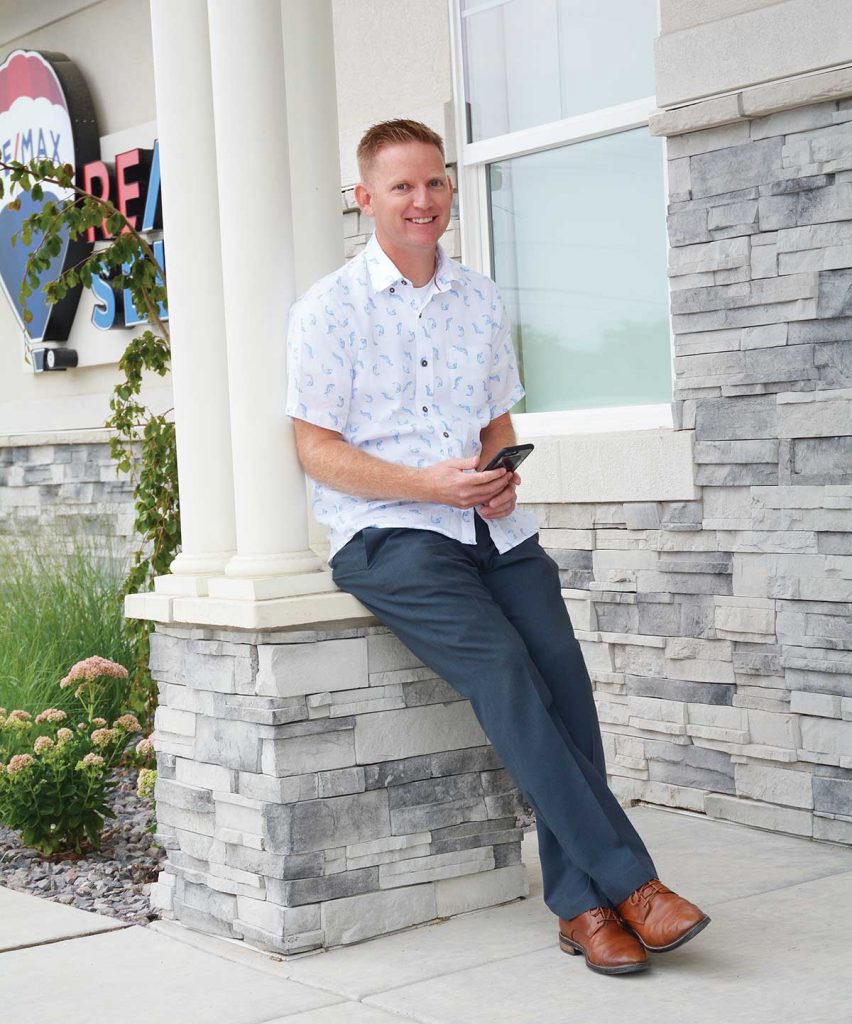 Tyler Humble is an Orem realtor who has two adopted daughters.

I grew up in Pleasant Grove in a family of six kids. We had a paper route we passed down from sibling to sibling. I also spent a lot of time playing basketball with the kids in my neighborhood. I graduated from Pleasant Grove High School in 1998 and went on an LDS mission to Guatemala. I had complete culture shock. My first area was very poor, and learning the language was hard. When I got a Latin companion, I had no choice but to pick up Spanish quickly.

After my mission, I came back to Utah and started working in finish carpentry. I liked the work, but it definitely convinced me I wanted to get my education so I wouldn’t have to do it forever. I decided to go to school at Dixie in St. George. One of my favorite things about that time was working at Coral Canyon Golf Course where I got to golf for free. Then I came back to Utah County to finish up my degree in business management at UVU.

I worked a few sales and Internet marketing jobs out of college and then got into real estate with my brother-in-law who is a broker. He was doing foreclosure work at the time, so I was his runner and assistant while I worked on getting my real estate license. I had to knock on the doors of foreclosed homes. Most of the time the residents were already gone, but a few times I did have to ask them to hand over the keys. Seven months later I got my license and started selling homes on my own. I enjoy it and love the flexibility of being able to help take care of my two daughters, Megan and Macey.

How I became a dad is quite the story. In 2006 I married Stephanie. When I met her, she was dating lots of other guys and I had to wait my turn. But when I finally did get my turn, I was able to convince her to marry me.

After a few years of marriage and no babies, we went to the doctor and learned we had fertility issues. We decided to go the adoption route and went to LDS Family Services. We filled out all the paperwork, and the case worker told us it might take several years before anything would happen.

As soon as we completed our profile and it went live on the website, our case worker emailed asking if we would be interested in a 2-year-old girl. We met her on a Tuesday and then had her spend that weekend with us. We had an immediate bond with Megan, and she started calling us Mommy and Daddy right away.

While we were finalizing the adoption, our profile was still live and another birth parent wanted to meet with us. It was a 17-year-old girl whose due date was in four months. We met with her and things just clicked. So in just six months we went from having no kids to having a 2-year-old and a newborn. It was amazing how it all worked out. Later we were sealed to our girls in the Mount Timpanogos Temple.

Today our daughters are 11 and 8, and they go to the school where my wife works as a teacher. They are girly and obsessed with princesses, but they also love to play in the dirt, kick the soccer ball and participate on swim team.

It is amazing how our family came together. It was definitely meant to be, and we feel so lucky.

Utah-Tube: GENTRI gets into the Halloween spirit with 'Phantom of the Opera' medley Previous post