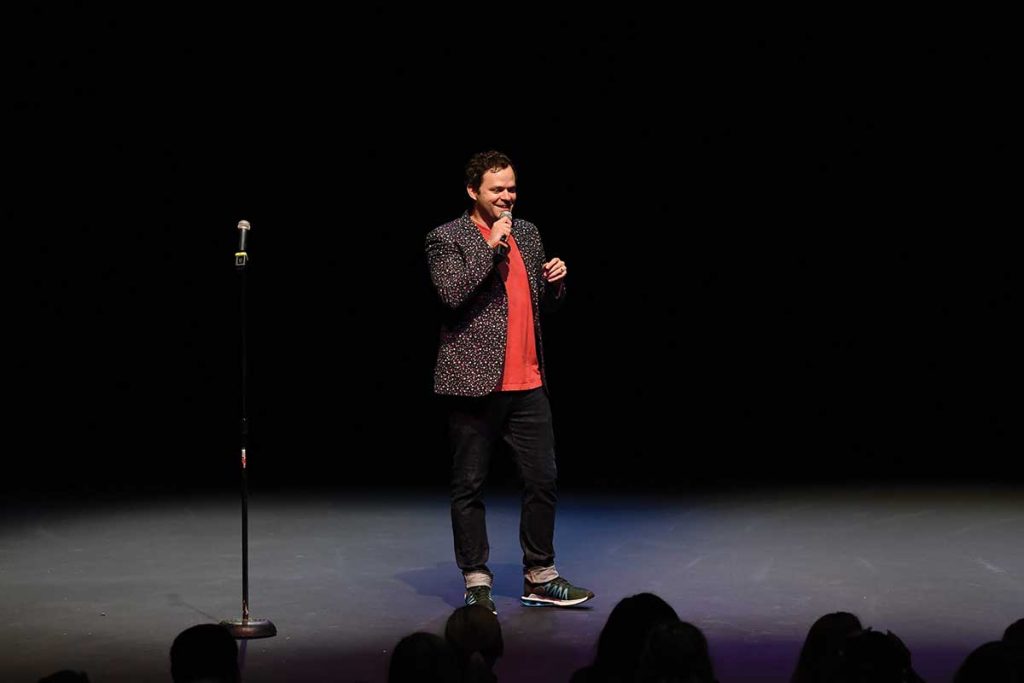 With the 2018 UV50 headline of “Mind Your Business,” the theme-tastic gala entertainment choice is clearly mentalist Sean Bott. “My goal is to cure bad entertainment and bad keynotes,” he says. To have him cure your event, visit SeanBott.com or call (801) 520-8612.

Sean Bott bemoans the fact that as adults we think we need to have answers to all questions. Like, now.

“It’s so much healthier to have questions than answers,” he says. “It stretches us.”

Bott leaves his audiences with plenty of Qs — mostly, “How did he do that?”

Bott graduated in communications from the University of Utah in 2008 right when the economy did a disappearing trick. He found work as a court clerk, which was too predictable for a man who had played with several improv troupes in Utah and also trained at The Second City Comedy in Chicago.

He began reaching out to agents and potential clients in the college and corporate space. Within a few years, he was working 100 hours a week, traveling around the country to mesmerize and hypnotize.

“I know how to mess with people in good ways,” says Bott. “It’s pretty amazing to bring genuine laughter and childlike wonder.”

In fact, he compares it to providing oxygen for a drowning person.

“We are starving as humans,” he says. “Not for food, but for experiences that help us put aside common beliefs that we aren’t loved or lovable. The biggest evil we face in this world is shame. When I bring moments of awe and wonder, it snaps people out of their shame, and it’s incredibly healthy.” 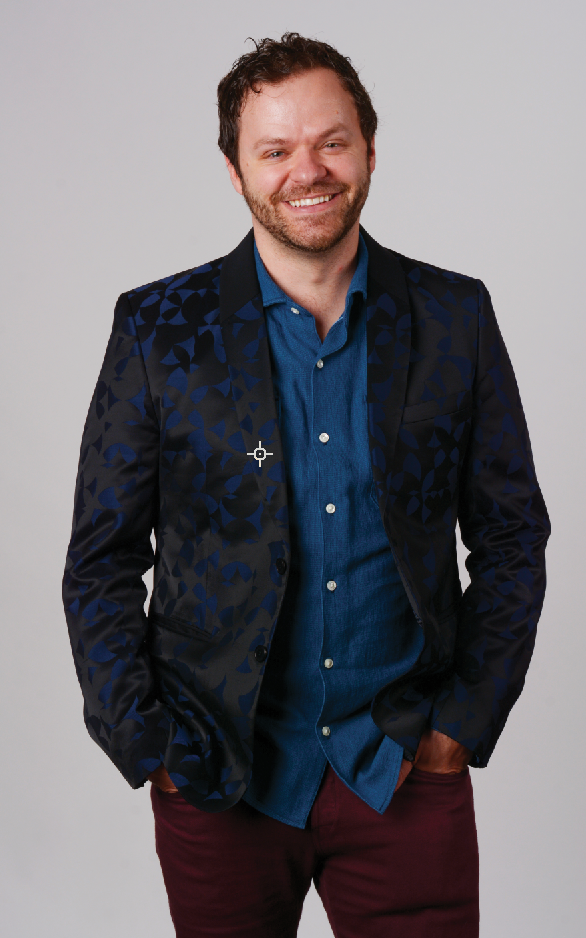 Sean Bott studied hypnosis as a child and at age 12 was hypnotizing adults. Now as a full-grown human with a childish grin, Bott entertains corporate audiences with his mentalist gig and his keynote. Visit SeanBott.com or call (801) 520-8612 for more information. (Photo by Dave Blackhurst/UVBizQ)

Kids in a corporate candy story

Bott’s favorite part of being a mentalist is when adults give him the same look children have on their faces after they see Santa Claus.

Bott is a bit of a kid himself, still drawing on the basic tricks he watched his dad perform as they were living in Saudi Arabia during his formative years.

“My dad thought it was a good idea to bring five kids from Utah to the desert where he taught dentistry at a university,” Bott laughs. “It was a unique experience to embrace the fact that there were are a lot of different people who live a lot of different ways. I got used to the 116-degree heat, but I grew a lifelong hatred of cockroaches.”

Bott’s father would entertain his kids by turning a pencil into rubber and pulling halalas (Saudi coins) out of ears.

“He was fascinated with magic and entertainment because it fascinated me,” Bott says.

Bott has studied fringe areas of psychology and therapeutic modalities as well as comedy, which blends into a “back-by-popular demand” stage show.

“I’ll come into contact with people several years later after a show, and I’ll see them glow as they excitedly tell me about moments from our time together,” he says. “I get asked for a lot of autographs. I’m not a celebrity, but they want my signature because they are trying to anchor that moment in time.”

Bott’s greatest desire is to give people stories they can tell their kids and grandkids.

“I work really hard to get people to freak out,” he laughs. “There isn’t a day that goes by that I’m not polishing something or studying something new I can bring to my audiences.”

Sometimes when Bott is walking the streets of New York City, he’ll just start entertaining (or  messing with) people on the street.

“I like the thought of, ‘What story is this person going to tell their family about their day?’ he says. “If people feel there is wonder and mystery in the world, they can have hope. We get used to our reality, but when there is stuff happening that we can’t see, that gives us hope. We are designed for connection so fundamentally that it is staggering,”

Although every time Bott takes to the stage is going to be different and somewhat unpredictable, he’s not nervous.

“I’m closer to my 20,000 hours at this point,” he says. “I feel the adrenaline hit, and I know I can either use it or it uses me. I feel my heart rate go up, and I grin like a kid right before I walk out. I know there are going to be moments I’ll laugh incredibly hard with a new group of friends.”

And when it goes wrong?

“It’s actually beautiful when those moments happen because it will all be taken care of in the end,” he says. “It’s healthy for our brains to have dissonance.”

In addition to his mentalist performances, Sean Bott is also a popular keynote speaker.

“As a keynote, I train on empathy and connection and how we can create a space where people want to lean in,” he says.

Many of his audiences are sales teams who walk away understanding how to create strong relationships by helping others feel heard, seen and felt.

“That kind of warmth is profoundly lacking in the world today,” he says. “I can give people toolsets in an hour — not 25 points of something they’ll forget, but a skill set they can use with people for the rest of their lives. It’s really cool to watch that transformation occur with my audiences, and I’m grateful to be a part of that.”

Editor’s note: As I (Jeanette Bennett) interviewed Sean, I obviously wanted to know what he saw about me. His response? “You’re driven by logic. You have a really big heart that sometimes you have to protect and close off in order to function.” #truedat