Home Uncategorized Dreaming of a White (and Family) Christmas

Dreaming of a White (and Family) Christmas 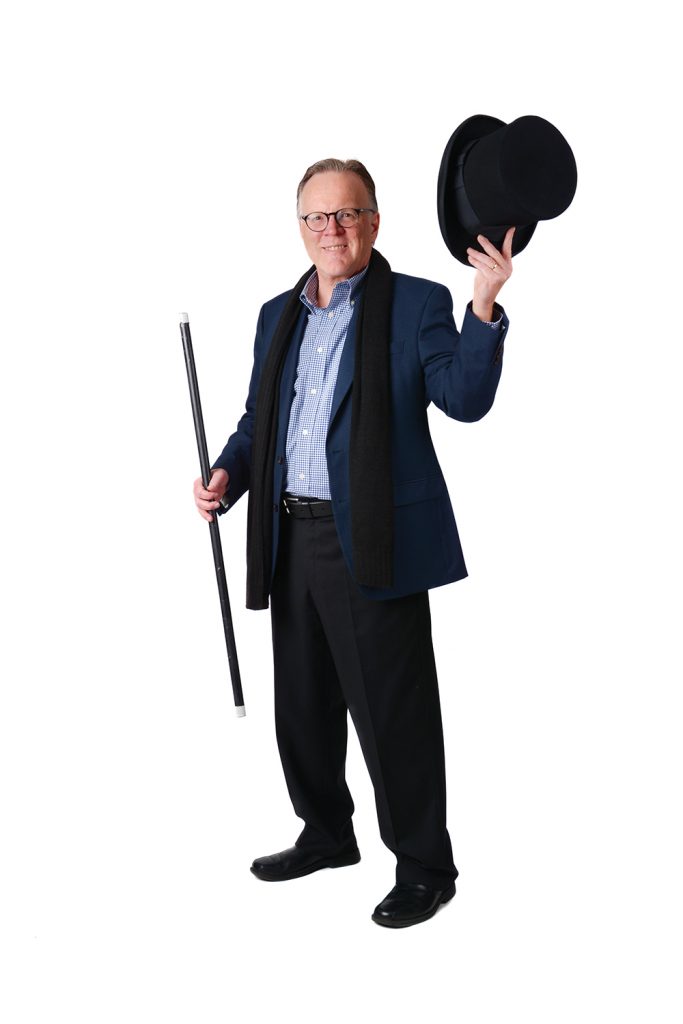 My dad loved movies, and he loved musicals. He would sometimes see over a hundred movies a year. He’d make a little note of the title in his journal and give it stars. He passed that love along to me and my brother Ken.

We decided one year to approach the SCERA about doing a stage adaptation of Liken’s “The First Christmas” that we had created. We co-produced the play with SCERA in 2012.

They liked it enough to do it again the next year, and we wanted to change it up a bit. This particular year we also found out my dad had been diagnosed with a fast-operating and inoperable tumor.

A lot of people say the holidays are a sad time for them. I had never really understood that concept until that year when we started contemplating that we might not have our dad with us. That was hard because my dad was a big fan of Christmas. He always had loud sweaters. He loved caroling. His ties for church were always very colorful. He passed them along to me, but I haven’t been brave enough to wear one yet.

My dad was doing well and he and my mom were planning to come up from southern California to see the show. During pre-production, I felt like I needed to go down and visit him for a couple of days.

He got really sick while I was down there, and I ended up staying for a week and missing some production meetings and rehearsals.

My life felt like two different trains both going full speed. We were busy getting this play ready — that was the northbound train. And then there was this southbound train of going to be with my dad and caring for him when he was so sick. It was hard to jump back and forth.

He passed away on Nov. 7, 2013. We were supposed to open “The First Christmas” in three weeks. He almost made it.

Losing a parent throws you for a loop. I had never gone through that before. It was devastating. We had a production meeting the next night. I was thinking, “Should I go? Will I be of any help?” But I decided I’d give it a shot and go.

I don’t remember much of what happened in the meeting. But I do remember walking out and seeing the SCERA marquee, which said “The First Christmas” and the dates it was going to play. It also said “Celebrating 80 Years,” which was the SCERA’s big anniversary. My dad had just turned 80 that year. To me, it was a little nudge from above to continue with the show and see it as a celebration of Dad’s 80 years.

Being able to shift my focus to the play was very therapeutic. I no longer felt that the trains were going in opposite directions. I felt like my dad would want me to put on a great Christmas play.

The play had this closing scene where the actor who was playing Zacharias walked out in white, dressed like the grandmother’s recently deceased husband. I sat with my mother and my brother on opening night. As we watched that scene, we started bawling. It was very touching. It definitely felt like this show and this scene was endorsed by Dad. It was very comforting. We felt like he was there with us that Christmas night.

In the Christmas film “White Christmas,” two performers produce a Christmas show to honor the major general from their time at war. Similarly, brothers Dennis and Ken Agle produced a stage version of “The First Christmas” to honor their father after he passed away.

This season, the Agles have adapted “The First Christmas” to run at their new theater The Hive Collaborative in Provo from Nov. 21 to Dec. 22. This production will have a sweet ring of focusing on the sweet memories of Christmas and honoring deceased family members.

“In ‘White Christmas,’ these big-shot producers have an opportunity to do something for the right reasons. It’s healing for them and blesses the lives of the people they are helping,” Dennis says. “People have lost people, and I hope the way we are telling this story will help them remember the good parts of Christmas and not necessarily be so keenly focused on someone who’s not there anymore.”