Simple design tips to fancy up your pie crust 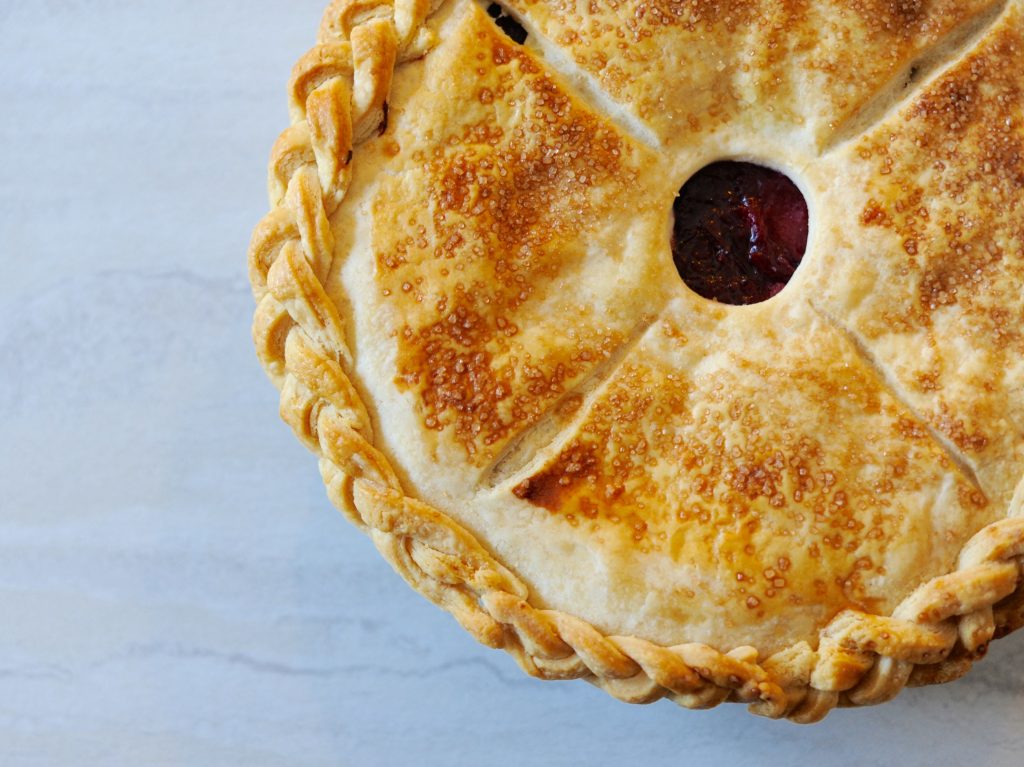 The braided pie crust just adds a little work to the edge of the crust. (Photo courtesy of Love Cake Bake)

Beyond the turkey, mashed potatoes and stuffing, the signature dish for a Thanksgiving meal comes with dessert — pie. And a small detail added to a plain pie crust is the “cherry on top” when it comes to the pie world.

Mary Elizabeth Hammond, owner of Love Cake Bake in Provo, shared with UtahValley360.com two simple ways to spruce up your pies for this holiday season.

“I do think the most important thing about your pie is that it tastes good,” Hammond said. “People are attracted to things that look nice.”

[pullquote]“The best part about food is eating it, but the second best part is making it look good.”
— Mary Elizabeth Hammond, owner of Love Cake Bake[/pullquote]

While Hammond doesn’t sell her pies professionally — Love Cake Bake sells cakes and cookies for birthdays, weddings and other occasions — Hammond has a deep love for baking pies, which is rooted in family traditions.

“My family is really into pies, particularly in pie crust,” Hammond said. “My mom always made it from scratch. It’s something my mom and my sisters and I bonded over.”

Now that her family is grown, the family still gets together for “Piesgiving,” the Friday following Thanksgiving, if the family isn’t able to spend Thanksgiving together. And Hammond has shared her pie-making love with the community at workshops around Utah, including at HERE in Provo and Harmons at City Creek in Salt Lake City.

To keep your pie tops from falling flat, Hammond shared two simple tutorials to fancy up your pie crust as well as a mouthwatering pie crust recipe.

“The tutorials I gave are really simple,” Hammond said. “Because not many people add details to their pie crusts, it is a really easy way to impress people.” 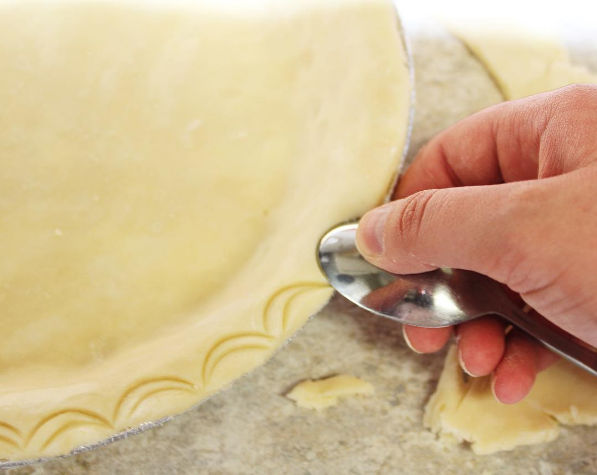 Instead of using a fork to add texture to the edge of a pie crust, use a spoon. (Photo courtesy of Love Cake Bake)

Most people know about the fork trick, but a simple way to impress people with a new border requires a small swap. Instead of using a fork to add texture to the edge of a pie crust, use a spoon.

“The spoon one is so easy, you are literally changing the utensils,” Hammond said.

Here’s how to impress your guests with a few extra minutes of work: 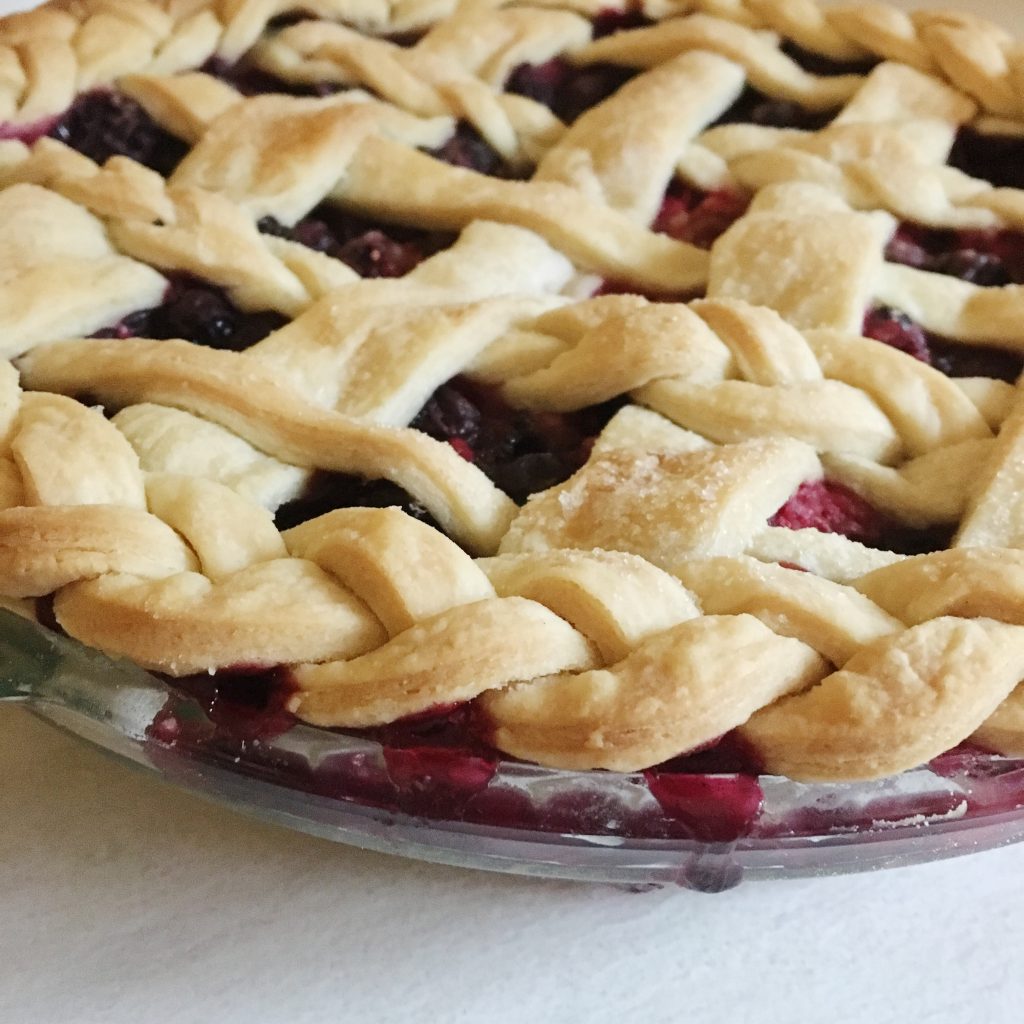 The braided pie crust just adds a little work to the edge of the crust. (Photo courtesy of Love Cake Bake)

If you want to try a design slightly more difficult than the spoon border, attempt the braided crust.

“That one is also fairly simple. You’re just adding a border on the outside,” Hammond said. “I think braids are kind of trendy. I feel like girls grow up knowing how to braid. Instead of braiding hair, you’re going to braid your pie crust.”

And if the crust breaks apart mid-braid, don’t count it as a Pinterest fail.

“Pie crust is a little harder to braid,” Hammond said. “It breaks easily. If it breaks, I just pinch it back together and add a little egg wash.”

Here’s how to accomplish the braid crust:

Hammond shared one of her pie crust recipes. She says, “Pie crust is one of my favorite things to bake.”

Click on the recipe below to see a larger version or to print the recipe. 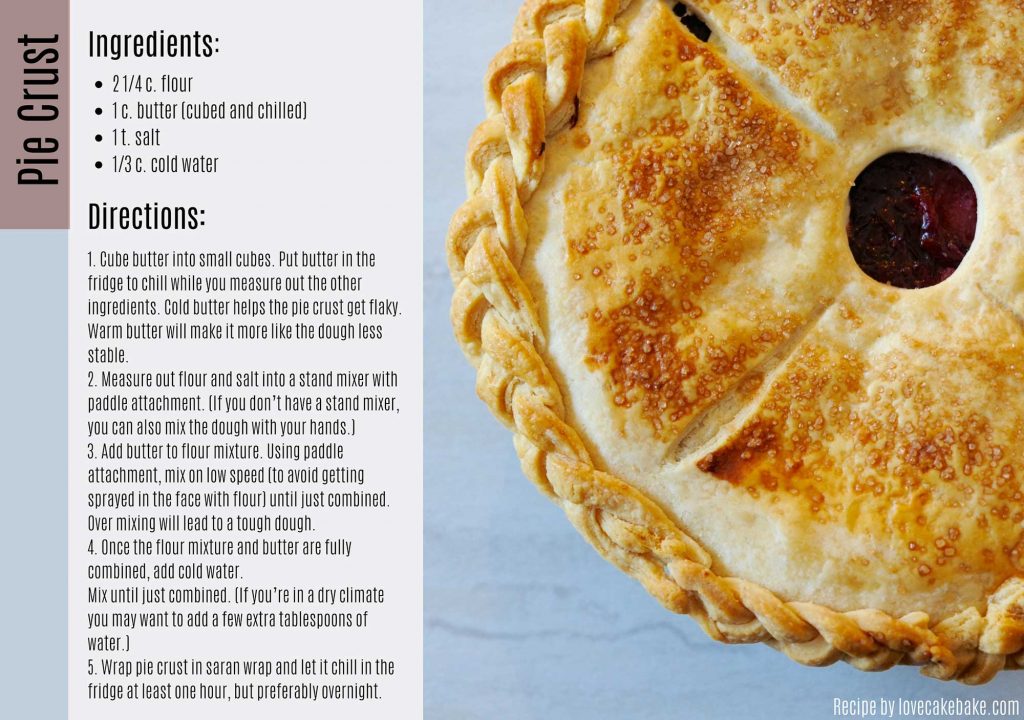 Click on the recipe to enlarge. Recipe courtesy of lovebakecake.com.