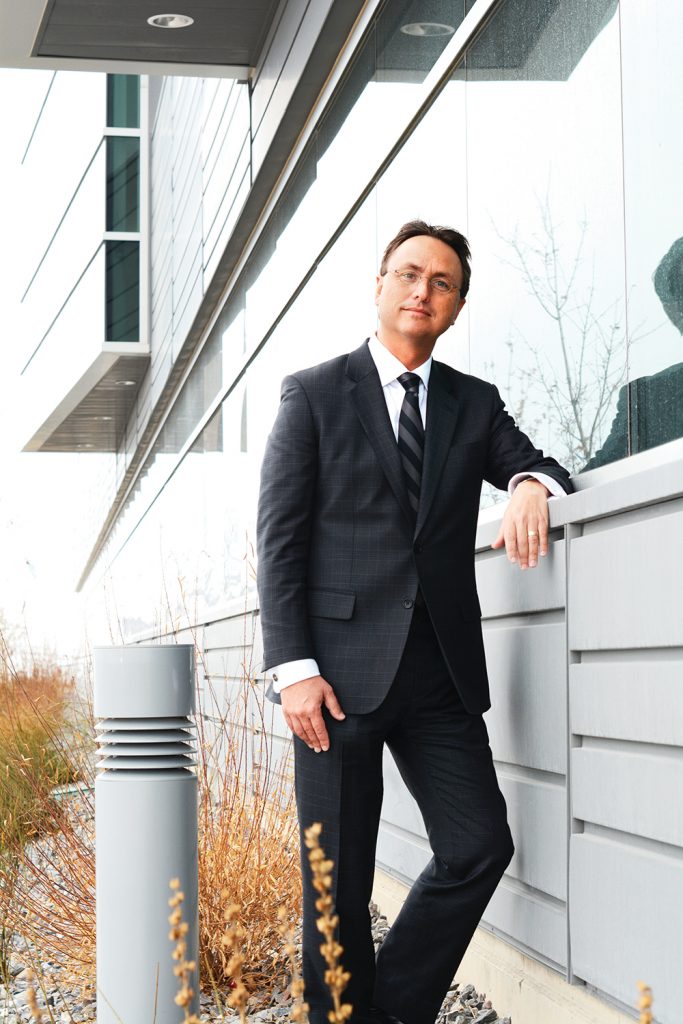 He’s the name that hangs on practically every office building on the Wasatch Front. He’s the commercial real estate icon who’s been ranked the No. 1 agent internationally with his firm and recently merged his company with global giant Colliers International, where he locally serves as chairman. He’s the trusted advisor who has spearheaded county-changing projects like Thanksgiving Park, Valley Grove, Traverse Mountain and University Place. And he’s the man who has worked with local powerhouses like Qualtrics, Ancestry.com, Mountain America, Xactware, doTERRA, Jive Communications, MX and Nature’s Sunshine.

Now let’s tell you some things you may not know.

“It completely changed the way I perceived the world around me,” he says. “I became fascinated by the stories behind the stories. What drove these great people to take the roads they took? What led them to transform our world?”

“I was probably the only 16-year-old who had a subscription to the Wall Street Journal,” he says.

When Brandon served his LDS mission in Hawaii in 1992, he obtained a “brick phone” in order to periodically check on clients back home in Utah. He scored his first big office building sale as a “missionary greenie,” and he celebrated by taking his companion to a fancy dinner and buying an Armani suit at Kahala Mall.

“Once my mission president learned of my cell phone, he promptly asked me to discontinue use — which I did,” Brandon says with a smile. “And in my defense, there was nothing in the mission rule book that prohibited cell phones at the time. The day after I arrived home from my mission, I launched back into my business.”

By 1998, the 25-year-old mogul was dominating the office market. He co-founded his firm, which rose quickly to become the No. 1 commercial real estate firm in the Intermountain West.

“I’m surrounded by the best partners and team in the world — it’s that simple,” he says.

“I have the most supportive, patient wife,” he explains.

But perhaps his biggest claim to fame is that he doesn’t own a pair of jeans — or a pair of tennis shoes, for that matter.

“Scratch that. I own a pair of black Porsche Design tennis shoes,” he says.

“That’s about as casual as I’ll ever get.”

In the end, Brandon may not have jeans, but he’s got the genes. His vision, his determination, his workaholic tendencies, and his passion for winning are traits he works to his core.

“I pride myself on being painfully transparent,” Brandon says. “I love surrounding myself with people who are authentic. The best thing people can say about me is that I’m the same person today that I was when I was 25.”