Home Utah Valley Magazine Community-Connected Healing: Heather Yancey turns to friends and neighbors after the loss of her husband

Community-Connected Healing: Heather Yancey turns to friends and neighbors after the loss of her husband 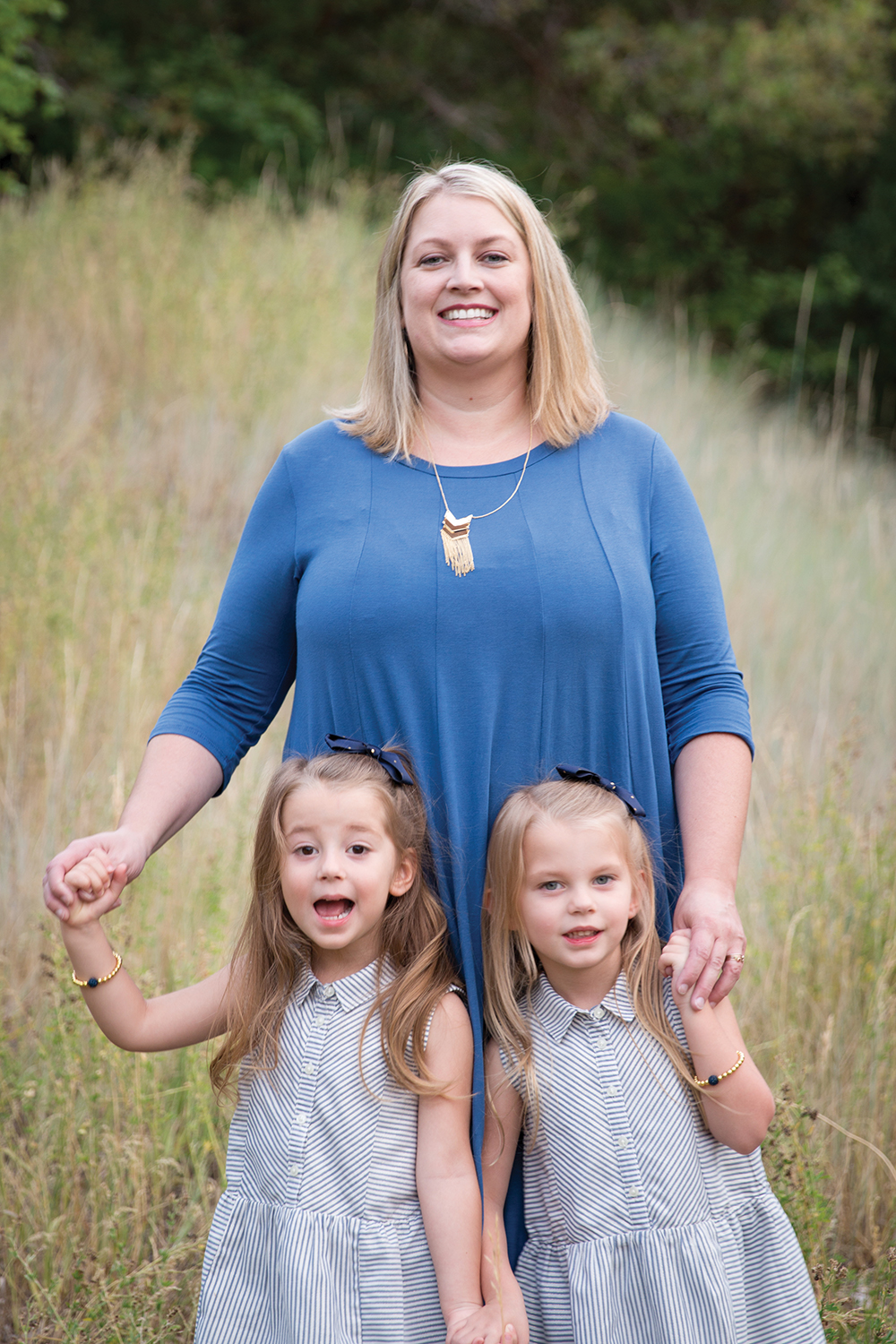 On the evening of Aug. 15, 2016, Spanish Fork’s Heather Yancey came home from work as a pharmacy technician and sat down with her husband, Mike. They chatted for a while, and then Heather headed to bed.

“Mike was an insomniac, so there were times I would go to bed and he would watch TV for a bit until he got tired,” Heather says.

She woke up at about 5:30 a.m. to find Mike slumped over the side of their bed, unresponsive. She quickly dialed 9-1-1 and began CPR.

A little more than an hour later, doctors told her they couldn’t resuscitate him, quickly and unexpectedly leaving Heather a 38-year-old widow with 3-year-old twin daughters.

“They told me to say goodbye to him,” Heather says. “It was surreal.”

Mike was impressed by Heather the first time he saw her at a BYU ward prayer. Heather had followed a boyfriend to Provo from California, but that didn’t stop Mike from making a bold prediction.

“Mike told my roommate he was going to marry me while I was still dating the other guy,” Heather says.

Mike and Heather became friends — he was her home teacher at the time — and she quickly appreciated his kindness and sense of humor. They also shared a love for sports and both had pride in their home state of California.

“Eventually, I took a cooling off period with the other guy and Mike bounded in,” Heather says. “He took me out to frozen yogurt as soon as I broke up.”

Mike and Heather got married in 2000 and were excited to start their family together.

Heather had been diagnosed with endometriosis at 18 and knew she would likely face infertility in the future. She tried numerous medications and surgical procedures — with no results.

“Unfortunately, infertility is incredibly common,” Heather says. “We weren’t too worried for the first couple of years, but it began to take its toll.”

Eventually, the Yanceys saved up enough to try in vitro fertilization. And it worked.

The heavenly period hit pause when Mike died, leaving Heather to face life without a partner.

“Dealing with his death has been such a process,” Heather says. “The stages of grief don’t work cleanly. It’s not linear. There are ups and downs — even years later.”

Heather was a young widow who didn’t have friends going through the same thing. She didn’t know how to act, what to do or how to go on.

“The first year, I was in shock,” she says. “There’s no other way to describe it. I was held up by heaven. I spoke at his funeral. I continued to teach at church. I did things I shouldn’t have been able to do.”

Much of this heavenly help came in the form of her community — neighbors and friends — who stepped up without being asked from the very beginning. One neighbor came over when she heard the sirens coming to help Mike and, amidst the chaos, told Heather, “I’ve got the girls.”

And the support has continued every day. Not only does she have the love and support of her and Mike’s extended families, but she continues to have people around her step up in big and small ways.

“I wish every widow had the support I have had,” she says. “I am still brought treats a couple of times a week. My lawn gets mowed. People don’t wait for me to ask. I made it through because of people who looked to us and didn’t shy away from an uncomfortable situation. Everyone deserves that. It’s too big to tackle by yourself.”

Heather also made it through because, well, she had to.

“The fact that I had these two little girls depending on me made it so I had to get up and live my life to some capacity — even if, at times, it was at a lower capacity than before,” she says. “And it wasn’t just about doing the minimum — feeding, clothing, bathing. You want to be a parent who would make your spouse proud. I want to raise them in a way he would be happy with.”

Not long after Mike’s death, Heather bought herself a gratitude journal.

“Every day, I would have people come and do things for me and I realized I wouldn’t be able to remember them all,” she says. “I’ve kept it for two years. Now, I look back and can’t deny I’ve been blessed. I’ve looked for those blessings even on the worst days.”

Heather has also found outlets for her grief that extend beyond friends and neighbors. She joined a Facebook group for LDS widows and widowers that numbers in the thousands. She’s also an administrator on another Facebook page devoted to LDS young widows and widowers.

BYU hosts the LDS Widows & Widowers Conference every year (the next one is scheduled for May 16-18, 2019) where speakers and classes are taught for people in every stage of dealing with death and grief.

“Healing comes from not ostracizing yourself when it would be much easier to stay home,” Heather says. “There are people out there to help. Finding a community makes a huge difference.”

Heather has also found hope through her belief in God.

“If someone is going through a challenge, I would hope they believe in a higher power, in God, and turn to Him,” she says. “It’s easy to turn away when you are feeling hurt, wronged or forgotten. Turn to whatever you believe in and don’t turn away from it.”

The disappointment brought by Mike’s death will never leave, but Heather uses her experience to help others.

“If I have to go through this crummy thing, I hope I will be able to help others with my perspective,” she says.

Jumping in Together: Husband and wife grow from ‘Taco Yard Sale’ to two locations of Pepe’s Grill Previous post