Home Utah Valley Magazine 2019 Person of the Year Runners Up

2019 Person of the Year Runners Up

From battling forrest fires, disease or human trafficking, these seven savvy locals had a fierce and fantastic 2018. UVU President Astrid Tuminez — Utah Valley Magazine’s 2019 Person of the Year — is in good company with these men and women who were close contenders for the title. We’re wishing them a full and productive 2019. 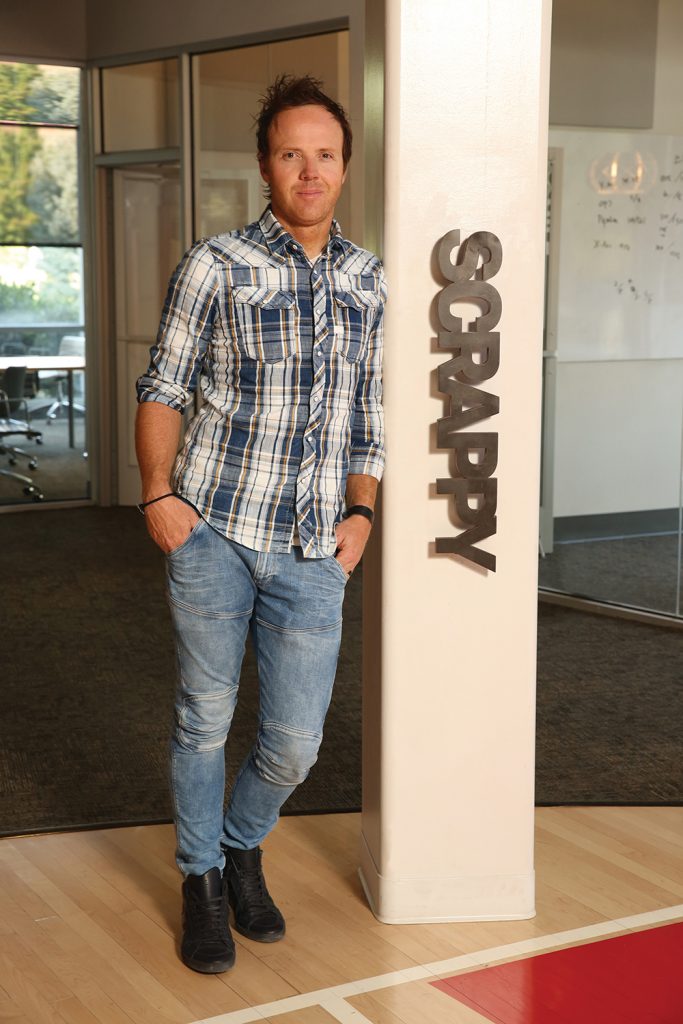 From Basement to Billions: Ryan Smith

Qualtrics CEO Ryan Smith keeps catching our attention. He first graced the cover of our sister publication BusinessQ in 2012 when he took his first round of funding after running his startup for 10 years. In 2015, BusinessQ named Qualtrics Headliner of the Year for having the largest single round of funding in Utah to date. Then in 2017, BusinessQ named Qualtrics the No. 1 Economic Engine as part of the annual UV50 where the magazine names the valley’s top 50 companies.

This past November, Qualtrics caught the attention of the world as it was acquired for $8 billion (that’s nine zeros, people!) by SAP, a German tech company. This transaction is the largest ever in Utah.

Ryan will stay on as CEO of the company he started in his basement with his brother and father, and the headquarters will remain in Utah.

The Qualtrics  motto of TACOS — which stands for “transparent,” “all in,” “customer obsessed,” “one team” and “scrappy” — describes how Ryan made it to the top of the tech community.  “I didn’t think 2016 was going to be a year we could top, but 2017 has been crazy,” Ryan said at the end of 2017 in our BusinessQ interview. How would you describe 2018, Ryan? 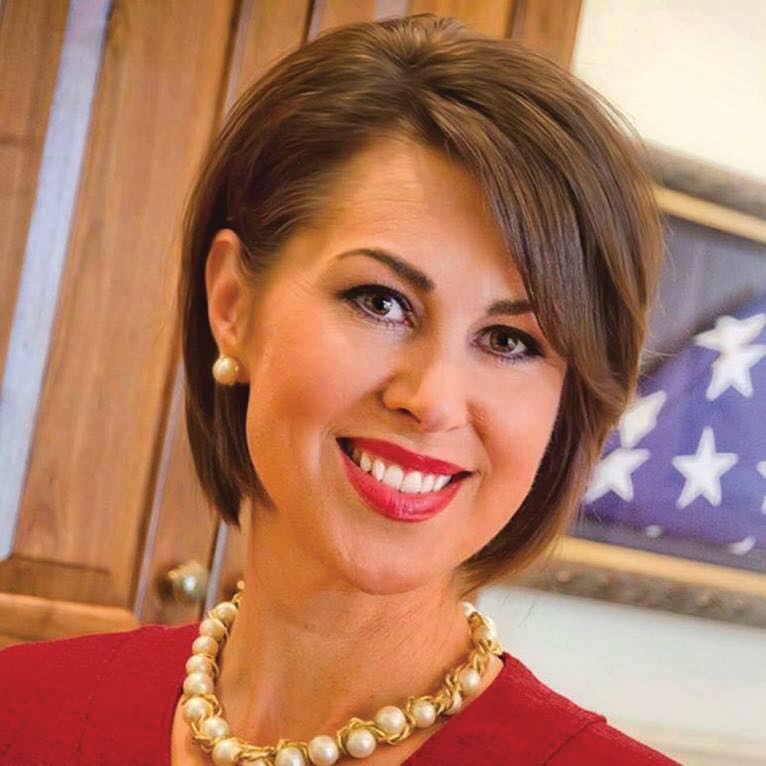 As the campaign manager for Jason Chaffetz, Deidre Henderson first caught the eye of our glossy pages back in 2011 for our Fab 50. (The annual article is now called Fab 40. #dontjudge) In our interview with her eight years ago, she told us her biggest goal was “to run for office someday.” Bam. In 2013 Deidre became a senator for the 7th District, which covers Payson, Santaquin and Spanish Fork.

During the Pole Creek and Bald Mountain Fires in south Utah County in fall 2018, Deidre was an active advocate for safety, and the public looked to her for updates and guidance.

“Deidre Henderson’s leadership during the south valley fires was unparalleled. Hundreds were willing to help, but someone needed to marshal the forces and captain the troops. Deidre did so from the front lines, sleeves rolled up, helmet on, working shoulder to shoulder with everyone else. Her vision and leadership is inspiring,” says DeLaina Tonks, principal of Mountain Heights Academy.

Deidre recently sponsored legislation to trim the red tape around food trucks, led out on a bill advocating for tax abatement for low income Utahns, and facilitated a woman’s suffrage recognition Utah license plate in conjunction with Better Days 2020. She promotes democracy and voting, taking to her personal social media accounts to spread her advocacy. 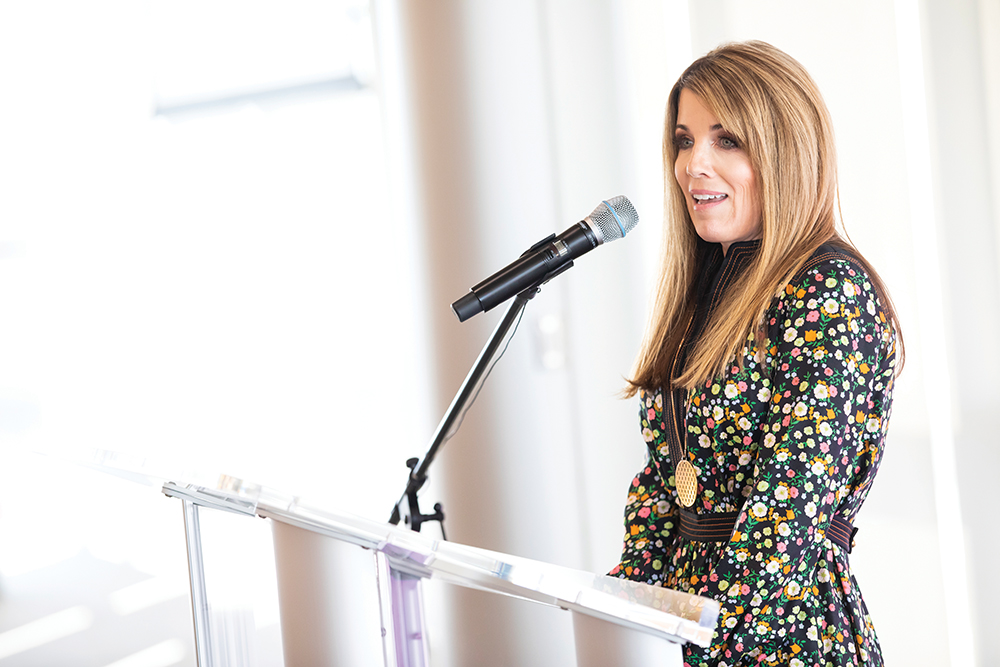 The Clarke family name is synonymous with philanthropy, education and behind-the-scenes support for nearly every good cause in Utah Valley.
Andrea Clarke, a University of Utah graduate, chairs the UVU Women’s Success Center Board of Advisors. In November 2018, the Women’s Success Center honored Andrea with the Illumine Award (an honor formally titled Rainmaker), which is given to those advocating for women’s education.

In April 2018, Andrea and her husband, James, donated $5 million to UVU which supports the Women’s Success Center, the Woodbury School of Business, the Center for Constitutional Studies and the School of Aviation Sciences. UVU’s Clarke Building is named for the Provo couple.
In March 2018, the SCERA honored Andrea, James and their three children with the “Friend to the Arts” award at their 13th annual Star Awards. The Clarke Theater at SCERA carries on the family legacy.

When she and James were engaged, they started Clearlink (the company name is derived from “Clarke” and “Earl,” which is Andrea’s maiden name). They sold the company in 2011 and formed Clarke Capital Partners in Provo. 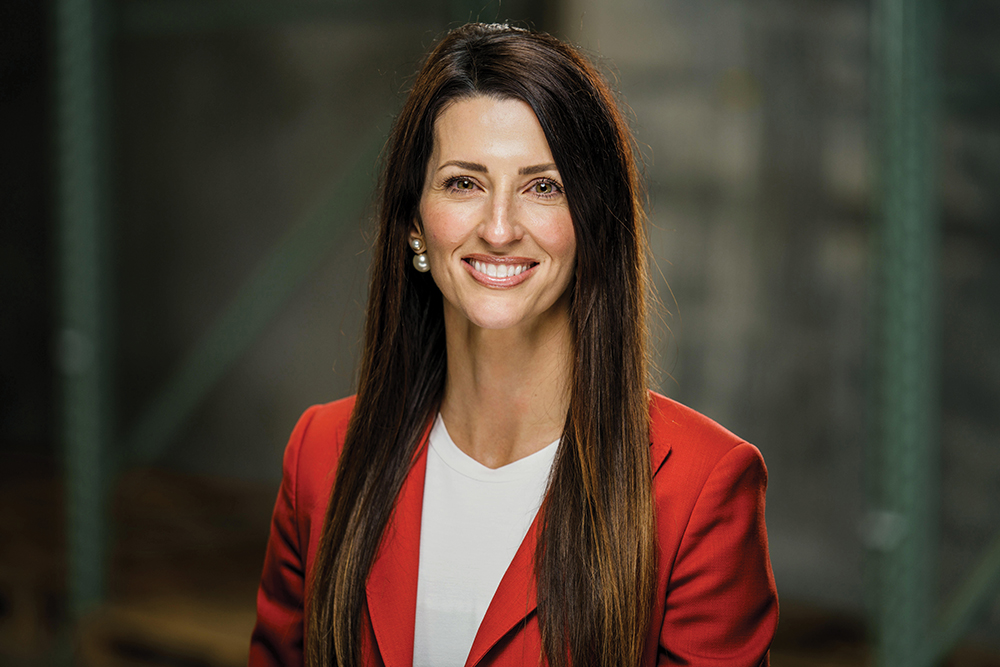 A female president has yet to be in the cards for the nation, but Four Foods Group named a woman president last year. In September 2018, Shauna Smith became the president of FFG, a restaurant management and development company she and her husband, Andrew, founded in 2008. For the past 10 years, this Highland mom of two has served as chief merchandising officer of the company, which earned the Triple Crown Award from BusinessQ Magazine in October 2018. (This means the company has landed on all three UV50 categories: Startup to Watch, Fastest-Growing and Economic Engine).

As president, Shauna oversees the 5,500 FFG employees and the 154 restaurants under the brand and has one of the most influential positions in the restaurant industry.

Shauna and Andrew started FFG by opening a Kneaders location in Lehi. They realized they could grow the brand of Kneaders just as they had grown their one location. Now FFG owns and develops restaurant chains around the United States, including Swig, R&R Barbecue, Little Caesars and Mo’ Bettahs.

Shauna also volunteers with the Younique Foundation and Bridle Up Hope. 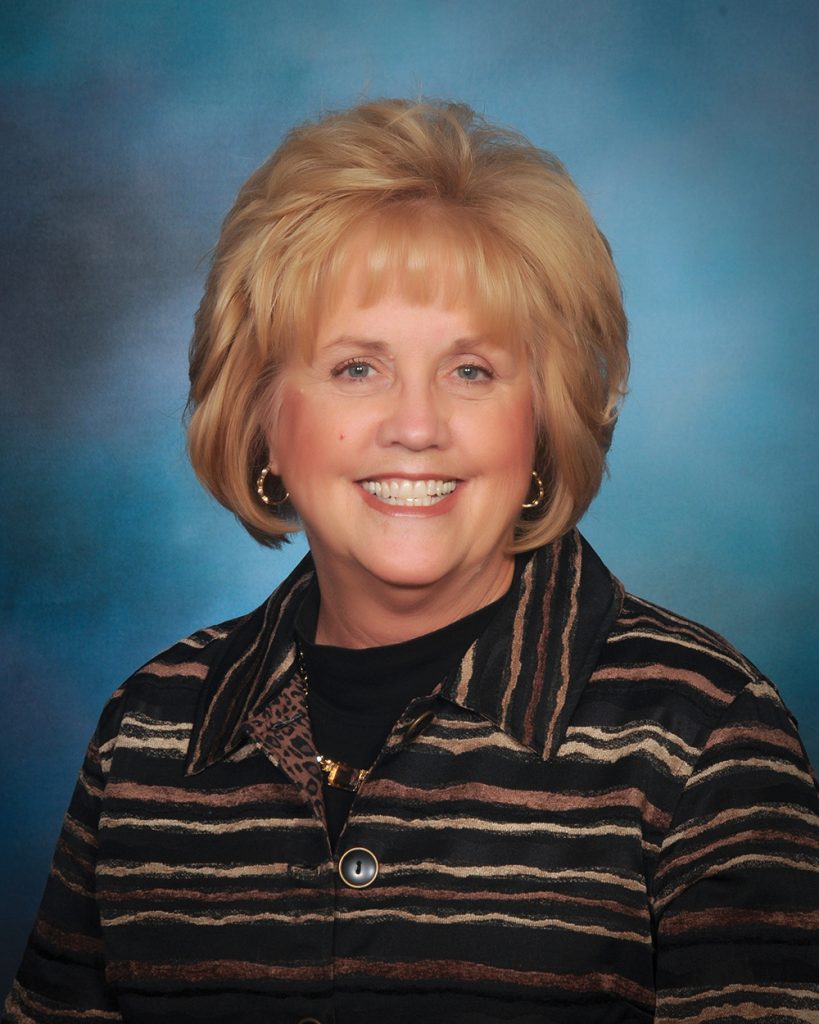 For the past 20 years, JoDee Sundberg has attended Tuesday night meetings and worked around the clock to improve education in Utah County.

“She has literally shaped education for a whole generation of Utah Valley students,” says Amber Bonner, of the Alpine School District Board. “JoDee serves with the National School Board Association and has been a statewide and national advocate for children for a long time. I honestly cannot think of anyone who has had a bigger impact on education in Utah County.”

In her 20 years of elected leadership, JoDee has watched the district grow from 46,000 students to 75,000 and helped guide education forward, making sure all children in Utah Valley have an equal opportunity to attend school and get an education. 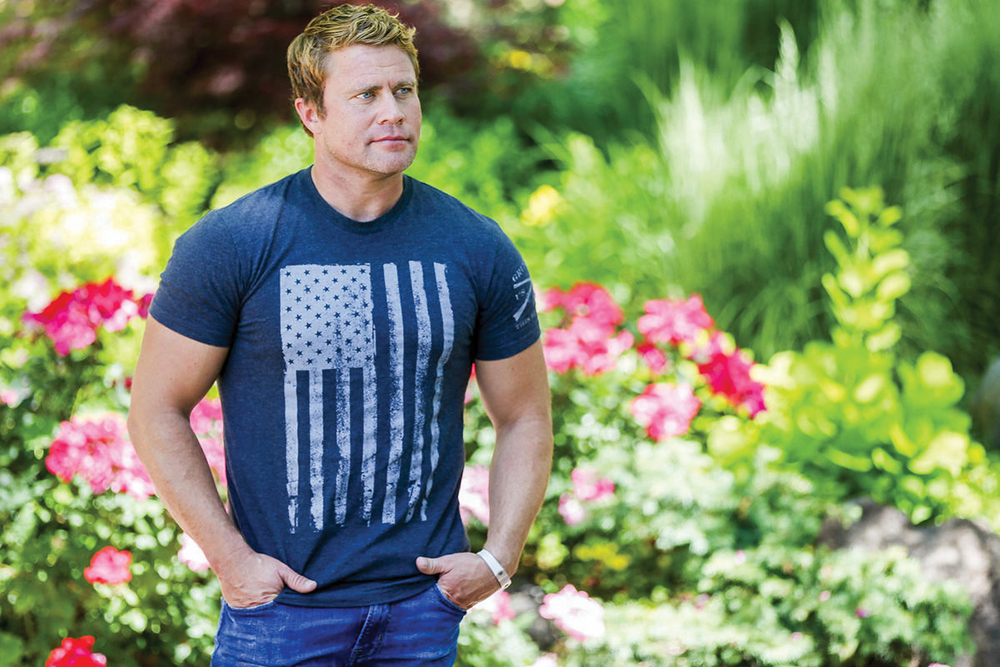 Tim Ballard’s influence expands beyond the boundaries of Utah Valley as he is truly changing the world.

This former special agent for the Department of Homeland Security recruited former Navy Seals and ex-CIA operators for his most important mission. Operation Underground Railroad brings down sex trafficking operations around the world and frees child sex slaves. Adopting tactics from the original Underground Railroad from the 1800s, the operation has rescued more than 16,000 victims of human trafficking.

This BYU graduate is also a best-selling author. He’s written “The Covenant: One Nation Under God,” “The Covenant, Lincoln, and The War,” “The Lincoln Hypothesis” and “The Washington Hypothesis.” He published his newest book “Slave Stealers: True Accounts of Slave Rescuers” in 2018.

Also in 2018, Tim and his wife, Katherine, adopted children rescued in Haiti during an Operation Underground Railroad mission. 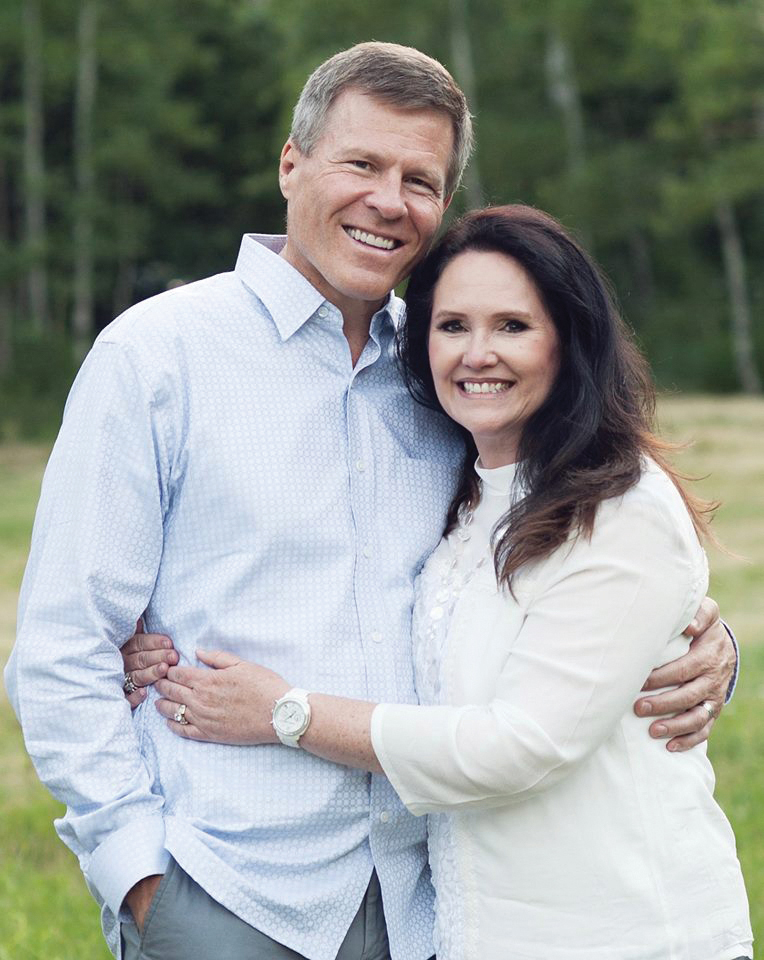 Miracle in the Making: Warren Osborn

For Warren Osborn, saving his own life has become his latest entrepreneurial venture.

We first met Warren in 2008 when BusinessQ named his gift-card container company Seastone the No. 2 Fastest-Growing Company in Utah Valley. This serial entrepreneur has continued to start, sell and acquire companies while raising his family in Provo.

On March 10, 2018, this father and grandfather was diagnosed with amyotrophic lateral sclerosis, also known as ALS or Lou Gehrig’s disease. Within the brain of an ALS patient, the motor neurons begin to die off, slowly paralyzing the patient. The main symptom is weakened muscles, but Warren is determined to fight fiercely and find treatments worldwide. Miraculously, he’s experienced a reversal of symptoms due to a robust regimen — some of which is self-prescribed and regulated.

This approach includes 60 pills each morning, supplements, vitamins, stem-cell therapy, ozone steam therapy, acupuncture, coconut oil, Chinese herbs (he traveled to China in November), a vegan diet, regular cardio exercise, and a positive attitude — he’s been transparent about the 150+ steps he’s taken to fight the usually-terminal disease. He spends 15 hours a week on treatments and the rest of his time studying everything written about ALS.

If he goes six months without any progression of the disease, he’ll get the “certified 40th ALS reversal.” Warren regularly posts updates on his Facebook page with a contagious positive attitude.