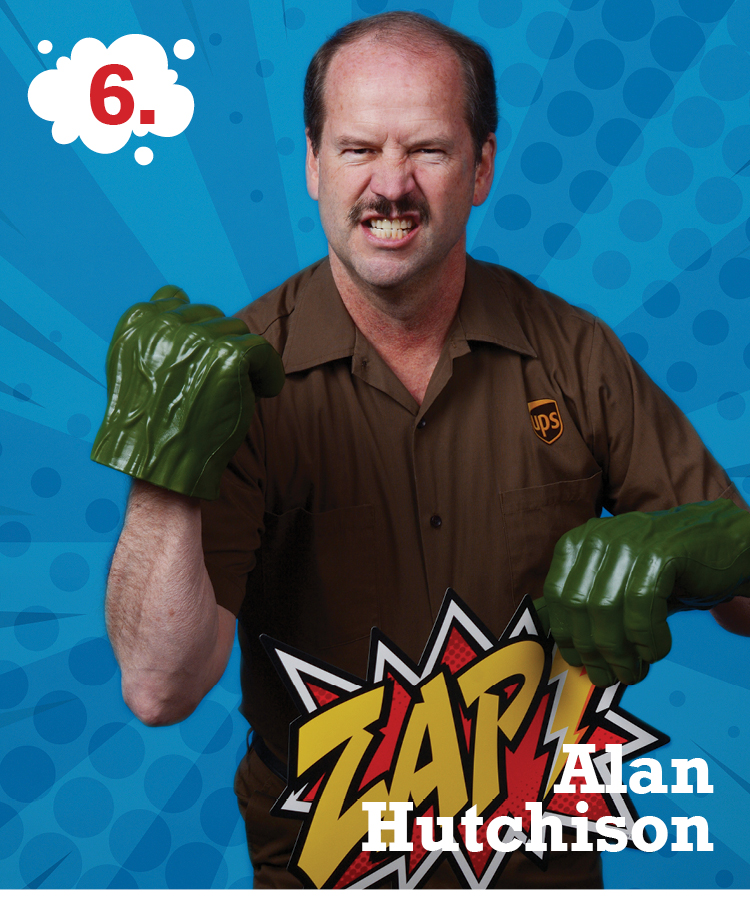 Alan retired from his 33-year career as a UPS driver this last November. He drove the same downtown Provo route for two thirds of his career, building relationships with the recipients of the packages along the way — including connections strong enough to get invited to weddings, birthday parties and funerals of people on his daily delivery path! He then drove a route in Sundance and Midway for 10 years, still making friends wherever he traversed tricky mountain roads and parked his delivery truck. He has been married to his wife, Lynda, for almost 30 years and they have five children and 12 grandchildren. “I look forward to many years with them,” he says.

Favorite Superhero “Thor. You gotta love the hammer, plus he always does the right thing.”

Super Strength “I can read people’s minds. I know what they are going to say before they say it.”

Kryptonite “Too much chocolate. I justify it by telling myself I deserve it because I earned it.”

Heroic “I have had many great leaders in my life and I have tried to take a little bit from each one.”

Save the Day “One day on my UPS route I came across a minivan that had rolled on it side and I was the first one there. I helped five kids and two adults get out. But I don’t know if I saved the day.”

Secret Identity “When I am in my truck alone, I have a great singing voice — just ask me.”