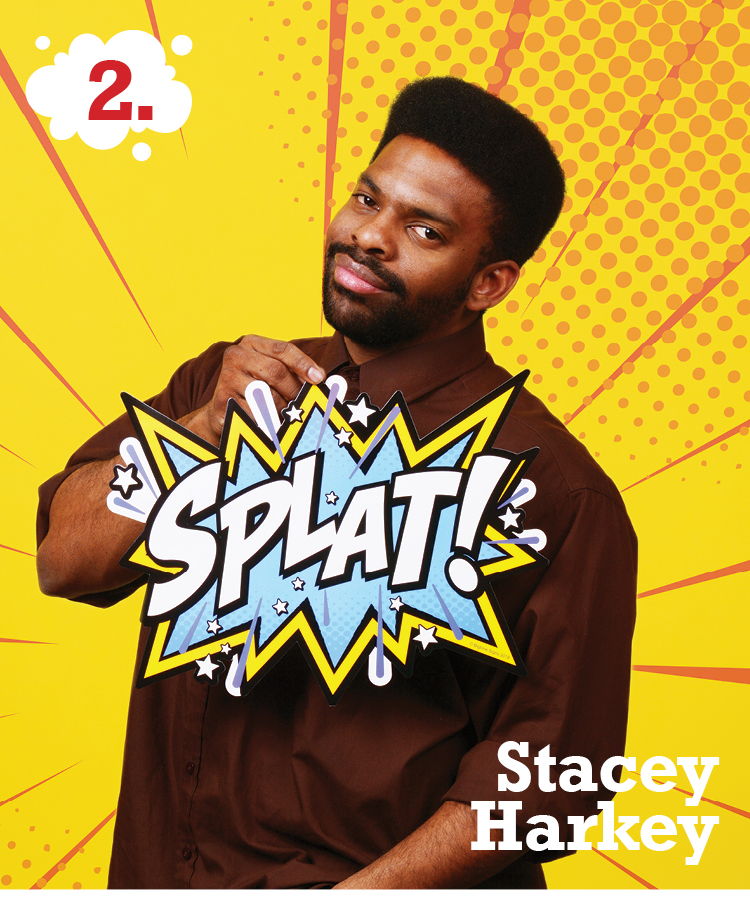 You might recognize this face from the cover of our January/February 2015 issue. Or from, ya know, Studio C. While this first generation college grad performed on the sketch comedy series, Studio C landed the No. 1 spot on BYUtv. Since earning his degree in public relations, Stacey and the other original cast members have continued building their comedy kingdom through a new laugh-inspired venture — JK! Studios. Last December Stacey came out as gay on social media and began advocating for acceptance and suicide awareness. “If it wasn’t for the way my friends and my family responded, I would have been way sad and stuck myself in this hole,” he says. “They were so loving and accepting.”

Favorite Superhero “I love the X-men. They’re my jam.”

Super Strength “I’m sincere. I’m honest even when it’s hard. I’m a communicator. I’m a nurturer. I feed people and make sure they’re comfortable and taken care of.”

Save the Day “When I was in 6th or 7th grade at summer camp, my best friend and I were trying to get our rowing merit badge. There was a part of the lake we weren’t supposed to row into because it had alligators. We couldn’t row well, so we drifted into that part of the lake. There happened to be a kid there who had capsized. And we got an award for saving him. They were like, ‘Oh my gosh, you went to his rescue!’ And we were like, ‘It wasn’t on purpose, but yeah?’”

Desired Super Power “I would end prejudice and create equal treatment of people who are different, whether it be sexual orientation or race.”

Secret Identity “People meet me and think ‘You’re wild, and so fun!’ But I’m a lot cleaner and more organized than people realize.”