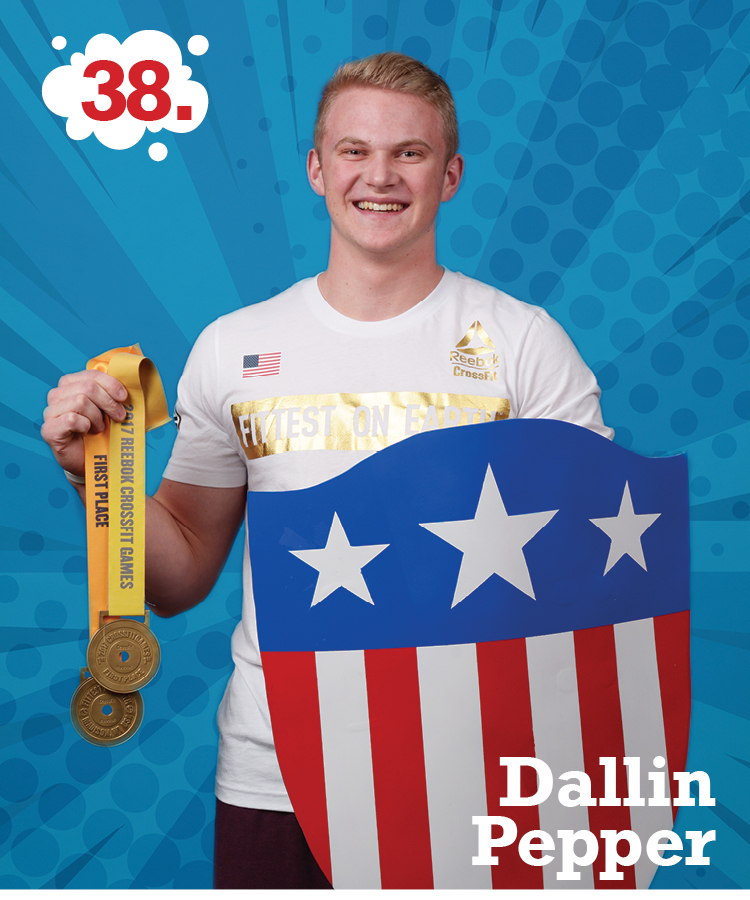 The day after Dallin saw the first teenage division competition of the CrossFit Games on TV, he started using the workout equipment his parents had installed in the garage that he had previously rolled his eyes at. Two years later in 2017, the CrossFit Games named him the Fittest Teen on Earth. He took the same title in 2018 and plans to compete again this year. This big brother of two sisters and two brothers takes every opportunity to tell teens, “If you work hard enough, you can do anything you want.”

Kryptonite “I care too much what other people think. I’m different than the typical high school student. I don’t play high school sports. On Friday nights I train, go to bed early and watch what I’m eating.”

Save the Day “I was driving home from school and saw a white ‘napper van with no windows. A neighbor kid was talking to the dude, and then the kid got in the van! I was freaking out and I chased the van. It ended up being the kid’s brother in a work van. I didn’t actually save the day, but I was ready for a high-speed chase.”

Secret Identity “For a while because I was so shy and did well in things, people thought I was a jerk. So my old secret identity was that I was actually pretty fun to hang out with. Now my new secret identity is that I’m a nerd. I love math and Harry Potter.”