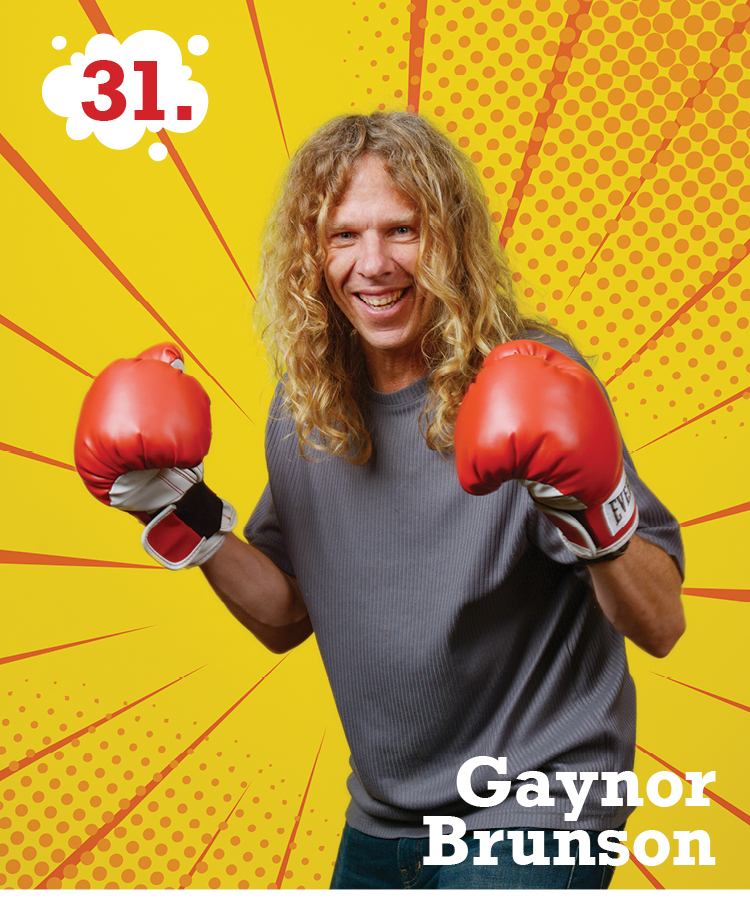 Gaynor’s lips made him famous as he produced trumpet music with his brothers and performed on 30 national TV shows, including The Tonight Show with Johnny Carson, NBC National TV Christmas Special in Washington with President Ronald Reagan, A Disney Channel Special, Regis Philbin and The Merv Griffin Show. The Brunson Brothers were in Los Angeles for eight years where they created the “most perfect digital studio.” Life brought Gaynor back to Utah where he again built a killer studio, this time near Rock Canyon. Gaynor’s technology and personality bring in local and national performers, including Lindsey Stirling, Merrill Osmond, the Jets, Jason Scheff (lead singer of Chicago), and the Debra Bonner Unity Gospel Choir. His space is unique in Utah as it includes a stage and audience space for up to 200 (if the fire marshal isn’t looking). Many “Facebook Lives” have been recorded in this hidden studio, including LDS missionary firesides.

Save the Day “After my mission to Dallas, we went to Vegas as a family with zero money. Andy Gibb was performing at the Sahara. We gave a tape of our trumpet music to a security guard to give to Andy to see if we could front-act for him. Andy left the CD in the dressing room, but Liberace’s manager came in and heard the tape. He asked us to play for him, so we went to the manager’s hotel room and blasted him. A couple days later, we got a call that Liberace wanted us to go on tour with him. Liberace hired us without hearing our music live! We did 150 shows together. Our merchandise would outsell his after the show.”

Super Strength “We wrote and performed The Rose Parade Theme for the Rose Parade’s international broadcast, watched by 90 million people.”

Secret Identity “We did a Fox Christmas Special with Jimmy Stewart and Lucille Ball.”