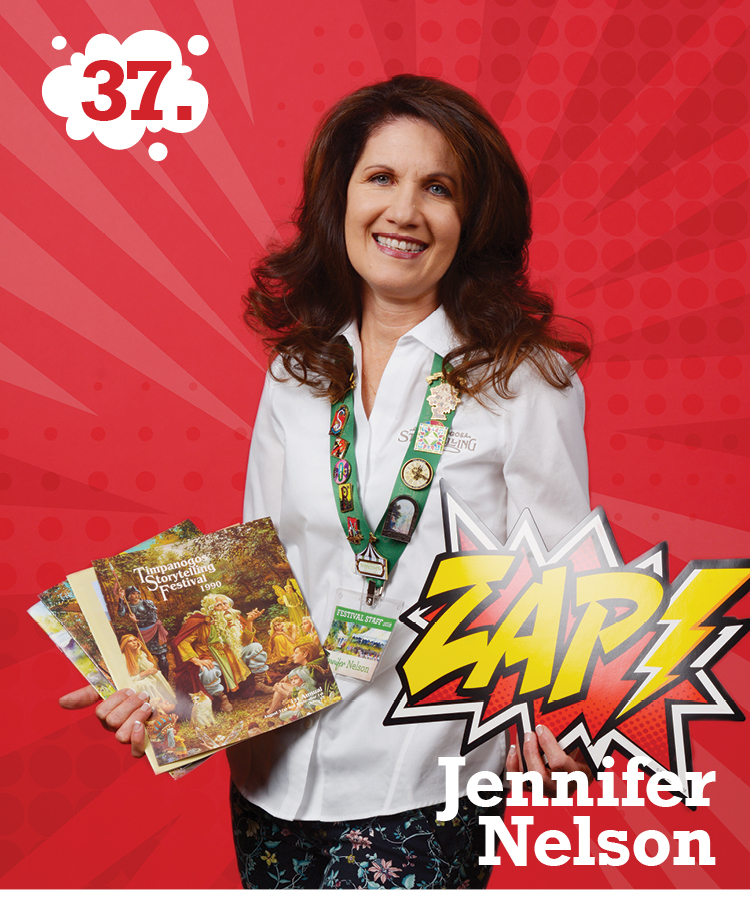 The Timpanogos Storytelling Festival is turning 30 this year, and Jennifer has been part of each annual storyline, including roles as vice president over PR and the storyteller liaison. Now as the director of the September event, Jennifer says this year’s lineup will blow the roof off the white tents and will include a family tent geared toward the 12-and-under crowd with puppetry, music and stories. The annual three-day festival is held at the Ashton Gardens at Thanksgiving Point and brings in thousands from around Utah and storytelling lovers worldwide.

Favorite Superhero “My husband of 36 years is my Batman, and he calls me Wonder Woman. We go to every Marvel movie together.”

Super Strength “I’m OCD, but I’m not practicing at the moment.”

Kryptonite “I’m a perfectionist, and it’s frustrating to me and others. I was raised in an overachieving family with my dad as a civil engineer. He recently passed away after living most of his life as a quadriplegic. He overcame every obstacle and was happy and cheerful. It’s a great story for all of us to never give up when things get hard.”

Heroic “Alan and Karen Ashton are my heroes, along with Tim Ballard of Operation Underground Railroad. I first worked with the Ashtons at WordPerfect where I started in customer support and then worked on WordPerfect magazine and the newsletter that went to a million end-users.”

Save the Day “My son just turned 30, but when he was little he had several illnesses and spent a month in the hospital. I saved that kid’s life so many times. I should have been a nurse. I don’t give up until problems are solved and people get what they need.”