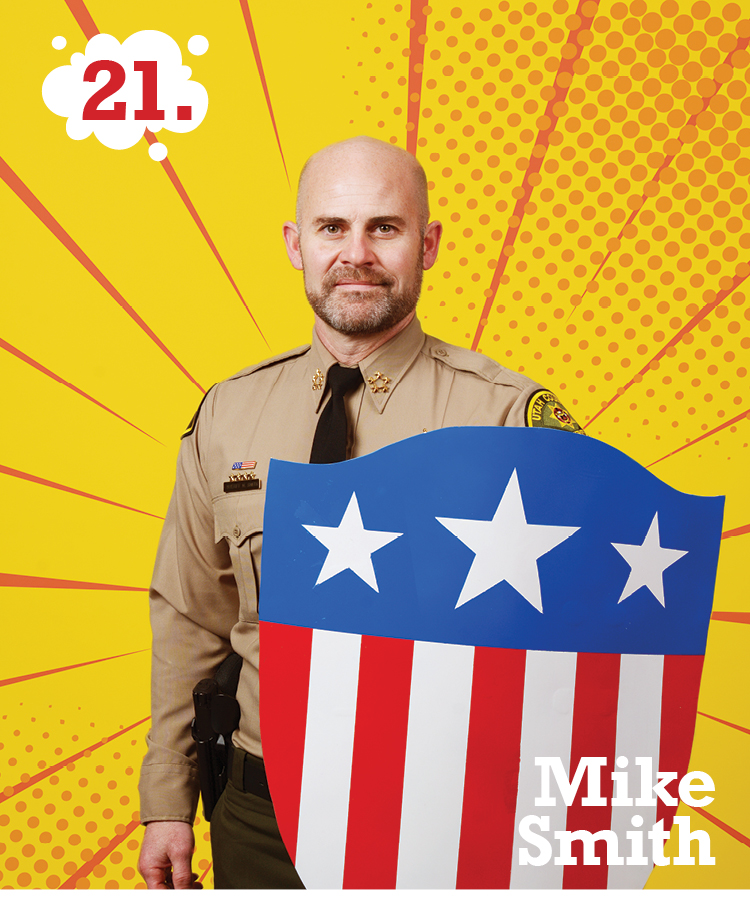 In the past year, the Mike Smith’s oldest daughter married and his second son left to serve a full time LDS mission — all while he campaigned to become the Utah County Sheriff. He was sworn in for his four-year term in January. Previously, he was the chief of police in Pleasant Grove for more than six years and had worked for PGPD since 1994. “Running for sheriff proved to be one of the most challenging, difficult, emotional, painful, although rewarding experiences in my professional career to date,” he says.

Save the Day “Years ago, there was a burglary in our county that triggered an alarm. An officer arrived on the scene and caught the suspect exiting the store and loading stolen items into his vehicle. The suspect was armed and fired shots at the officer and then fled in his vehicle. The suspect led officers in a vehicle pursuit while shooting at them. The suspect ended up abandoning his vehicle and stealing another vehicle from a citizen at gunpoint and eluded police. Later that same day, my partner and I located the suspect. We pursued him and he again abandoned his vehicle and fled on foot into the night. My partner and I chased him in a foot pursuit and apprehended the suspect without any harm to the community or suspect.”

Desired Super Power “It would be pretty cool to fly. I could save a lot of money on gas and avoid traffic! Best of all, no more TSA lines when I travel.”

Kryptonite “I am actually a shy person. I try to step out of my comfort zone and force myself to not be shy. Running for a public office seemed to help with that.”