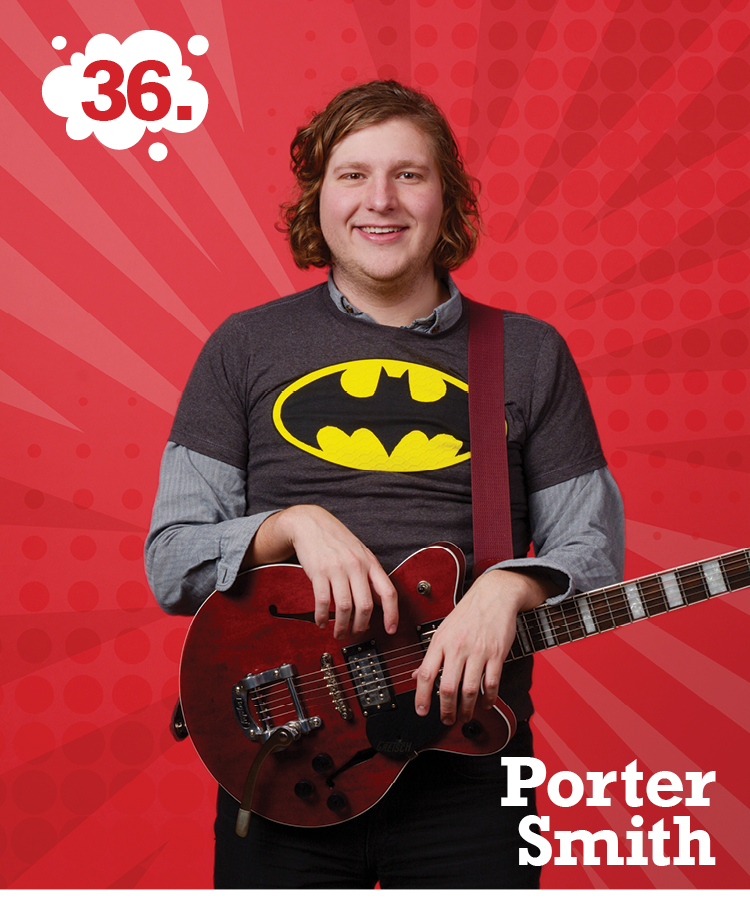 Foreshadowing early in Porter’s childhood pointed to his life on the screen and stage, including performing with his band Lantern by Sea at Provo’s Rooftop Concert series last year, as well as gigs at Velour and Bonanza Music Festival. When he was 11 growing up in California, he began acting and got his first guitar. At 16 he tested out of high school to pursue his creative passions. His first band was Whaler’s Village. (This California-Utah boy loves both the beach and the mountains.) When he returned from his LDS mission in Peru, Porter filmed a movie with his brothers where he co-starred and did the music as well. The movie, titled “Iron Brothers,” was filmed largely in Ririe, Idaho (population 649). The band’s official photo has them nearly neck-deep in Silver Lake Reservoir, and their newest single is “Secondhand Church,” released March 1.

Super Strength “I’m passionate and mindful. I can also write a riff, put a melody to it and then take it to the band where the song evolves based on our combined musical backgrounds.”

Favorite Superhero “Batman. I love that he hides everything that is good about him and nobody knows he’s the savior of the city.”

Sidekick “If it’s something exciting, I want to be with my brothers. If it’s stressful, my parents are my preferred sidekicks.”

Heroic “I freaking love my bandmates, including my brother Tate. All of us are giving everything to the music, and that makes it so relatable. I also really look up to Andy Hull, lead singer of Manchester Orchestra. He’s a religious man and a family man.”

Secret Identity “I like to cheer people up with humor and music. I help people rise above whatever challenges they are having.”