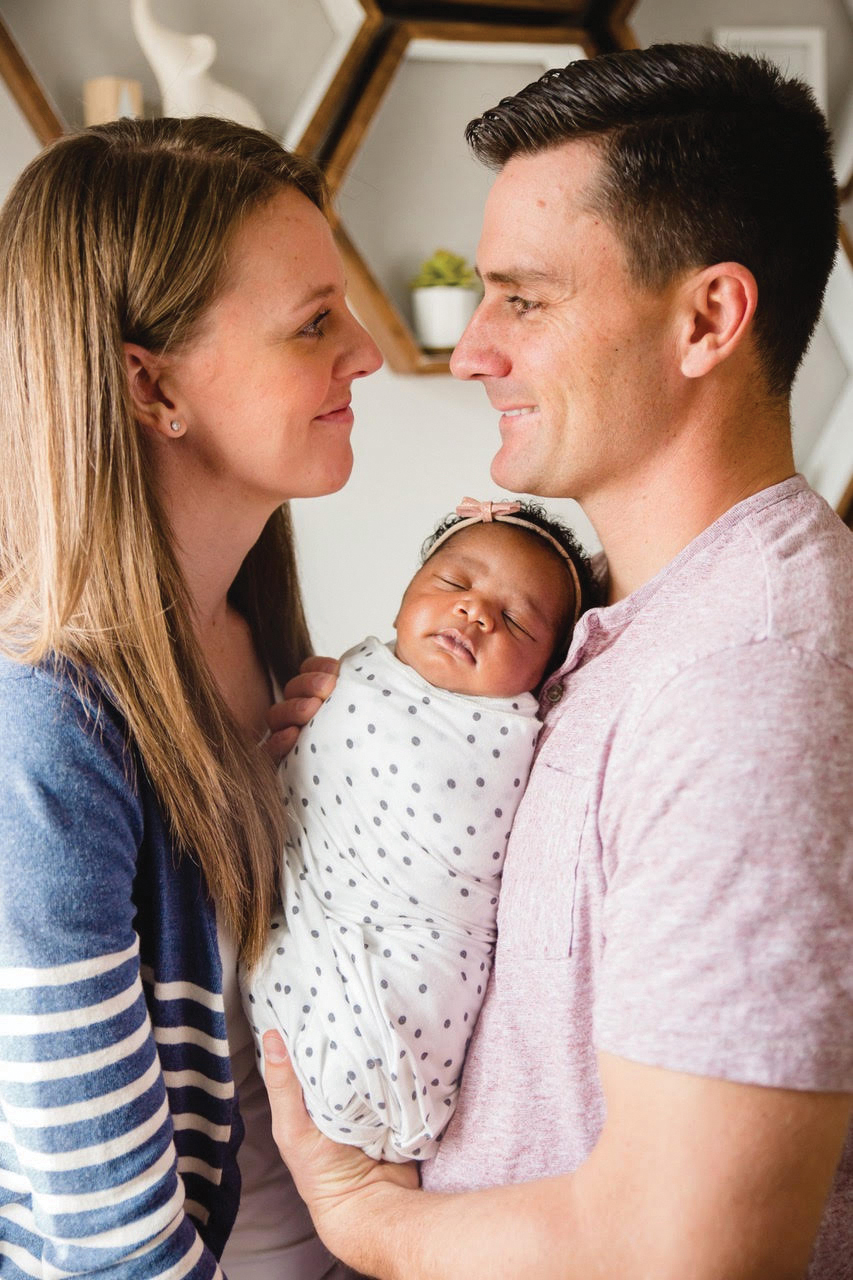 Kaitlin and Reed’s engagement story landed them on KSL, the Today Show and Ellen.

On Feb. 24, 2009, Reed picked up a gorgeous ring. He initially planned on proposing at a fancy restaurant a few days later, but the ring was burning a hole in his pocket and he was anxious to pop the question. That evening, he and Kaitlin went with a group of friends to get Frostys at Wendy’s. Despite wary responses from his friends and mother, Reed decided to put the ring in Kaitlin’s Frosty. He made sure it was the only one with a straw so it would be easy to tell apart.

While they were eating, one of the friends suggested they make it a competition to see who could eat their Frosty the quickest. Being competitive, Kaitlin heartily accepted the challenge. Everybody was waiting for the magical moment when she would find the ring, but she began cleaning the bottom of her cup and hadn’t made a fuss about anything unusual. To Kaitlin’s confusion, Reed and friends began frantically looking in their cups. She couldn’t believe her ears or her fingers when they said she must’ve swallowed her ring. The whole way to the hospital, Kaitlin thought it was a joke.

“Until I saw the X-ray, I didn’t believe I actually swallowed it,” Kaitlin says.

In an interview with Matt Lauer, Kaitlin told American that she, um, “got the ring back” a couple days later.

Since their first date at a New Year’s Eve party in 2009, Reed and Kaitlin Harris knew they were meant to be. They dated for two months and were married three later.

“We started talking about our future, and we just hit it off and it all worked out,” Reed says.

Kaitlyn felt comfortable with him.

“We knew we wanted to be with each other,” she says.

Years into marriage and after unsuccessful fertility treatments, in October 2017 the couple decided to adopt. They opted for private adoption, where they did all the “marketing” themselves. Kaitlin and Reed sent out posts and videos showcasing their personalities so parents could get to know them and decide if they’d be the perfect match for their child. They created business cards to hand out just in case they met someone who could help make their adoption dream come true.

Over time, 12 expectant mothers reached out. Many conversations began with long, interested, detailed messages, but then the communication would stop entirely.

Josie’s mom found Reed and Kaitlin through Instagram and reached out. Considering their experience with other birth parents, the couple worried when they hadn’t heard back from Josie’s birth mother for several weeks. But luckily, this time was different.

“Her birth mom was everything you could ever want, so sweet and so kind,” Reed says. “She deserves so much recognition for everything.”

One of the biggest things the birth mother wanted to know was if Kaitlin and Reed would want an African-American baby. The couple was ecstatic to welcome any baby into their family.

On Feb. 20, 2018, Josie was born in Pennsylvania, and her birth mother wanted Kaitlin in the operating room. She passed Josie to Kaitlin and said, “Hold your baby.”

“Once we started the adoption process, everything fell into place. Josie was born four months later, and now that we have her, we can’t imagine life any different. We’re so grateful we weren’t able to have biological children, because that would mean we wouldn’t have her,” Kaitlin says.

Josie’s adoption was finalized in September, and in February the Harrises began looking to add to their family again.

Between the for-better and for-worse moments, Kaitlin and Reed always find a way to make each other laugh. Reed teases that getting Kaitlin a Coke and a doughnut is usually a sure-fire way to resolve conflict.

“I try to understand her point of view, and she tries to understand mine. We work together and understand we have different opinions and need to figure them out together,” Reed says.

The adventurous couple plans adventures together, whether it’s running a corn roasting business, hiking, remodeling their 1980s brick home, or going on trips. Last September, they took their baby to Kauai and delighted in scenic hikes, snorkeling, deep sea fishing — and of course wonderful food and company.

In almost a decade of marriage, the Reeds have learned what aspects of a relationship are essential.

“Our relationship works because we have things we like to do together like hiking and being outside and remodeling the house. Just spending time together made our relationship stronger for when it got harder. Also, it’s important to look for the good. There’s always something to be happy about.”

“Just make sure you are compatible with each other. When it might get hard — for us, our infertility we went through — there were things she and I could do together to take our minds off difficult things. Having common interests helps a relationship in many different ways.”