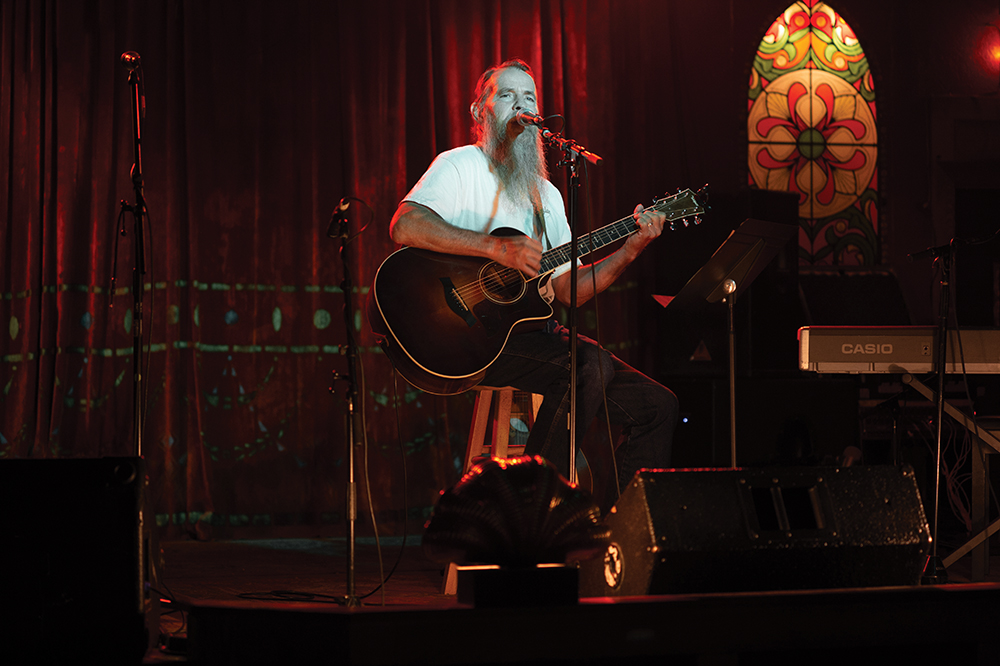 Every Wednesday at 8 p.m., Velour Live Music Gallery swings open its doors to musicians seeking a stage and music-enthusiasts seeking entertainment. Since opening in 2006, the Velour on University Avenue in Provo has held Open-Mic Nights to embrace local talent and connect the community through lyrics and beats.

On these nights, a line forms on Provo’s University Avenue, filled with newcomers and regulars. The sign-up list is on a first-come, first-perform basis.

“It’s not uncommon for performers to wait up to two hours, often in inclement weather, to guarantee a slot. Velour is a very unique venue and is known as much for its artist development as it is for being a concert venue,” says owner Corey Fox.

The first 18 performers to sign-up are given eight-minute time slots to fill with songs of their choice. Original numbers are encouraged, as the Velour scouts artists from Open-Mic Night to play in their monthly acoustic showcase — which can then lead to their very own concert at the venue.

Corey says every week they have more than 50 attendees and performers at Open-Mic night, some who come from as far as Ogden and Ephraim.

“On multiple occasions, there have been traveling musicians passing through town who ended up at Open-Mic, and nearly everyone has said that the Velour’s was the best they’ve ever been to,” Fox says.

Many of Utah’s well-renowned musicians started as solo performers at Open-Mic, including Dan Reynolds of Imagine Dragons, Brandon Robbins of The Moth & The Flame, Brady Parks of The National Parks, and Joshua James.

For more information, check out velourlive.com or the venue’s Facebook page. Admission is $2 for performers and $3 for the public.