The Q Awards: Into the Wild Q Yonder 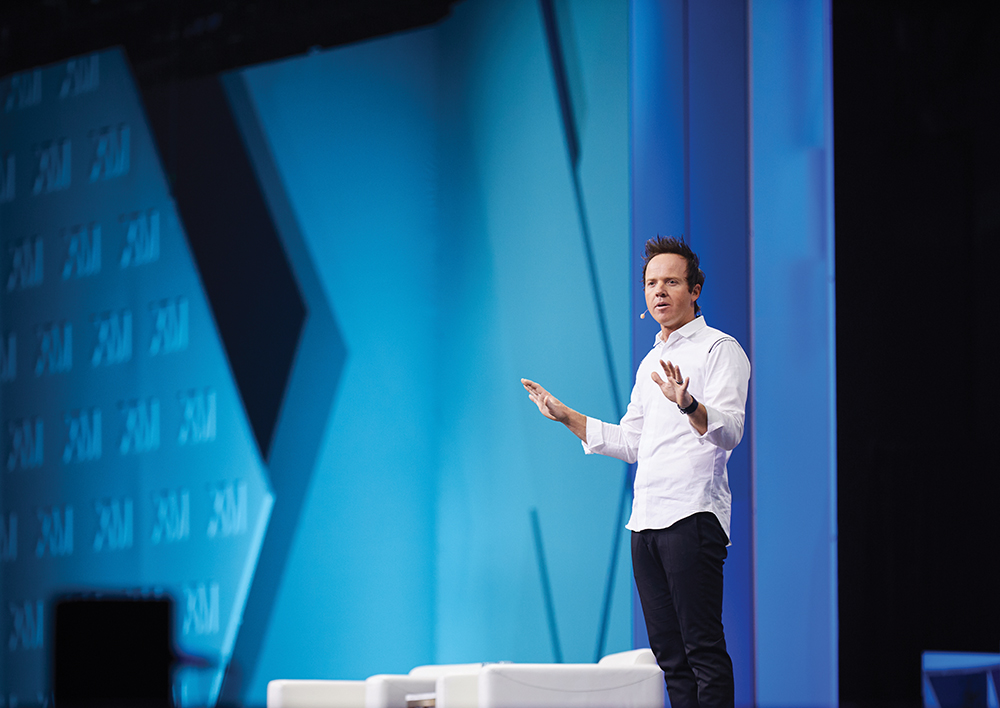 The past 12 months in Qualtrics’ history have included a “Wall Street pump fake,” the largest transaction in Utah history, a sold-out event with Oprah and Obama on the agenda, and the giving away of a free pass to a Qualtrics’ user who sold lasagnas to earn her X4 ticket before realizing all the seats had been snatched.

The world’s leader in experience management walks the talk. During the 2018 summit, they gave away an engagement ring and breakfast with X4 headliner Lin Manuel-Miranda.

“We care deeply about each person’s experience with Qualtrics,” says CEO Ryan Smith, who sat knee-to-knee on stage with both the 44th president of the United States and the global media mogul with a network, a magazine, and a worldwide following. “We ask for feedback all along the way. And for our summit, we bring in speakers who teach us about experience management from their perspectives.”

Smith originally discounted the theme of “breakthroughs” for the 2019 X4 Summit when his marketing team brought it to him.

“It doesn’t resonate with me,” he told them. But his team persisted, and Smith forced himself to listen to feedback and adjust. And that pivot led to Oprah saying yes.

“When I learned of your theme — breakthroughs — I knew I could share authentically because I’ve had so many of my own,” Oprah told Smith and the 11,000 attendees in the Salt Palace. “That one word showed me I could fit into your agenda and find an intention where I can be true to myself.”

Smith vulnerably shared with the audience his initial reluctance and gave credit to his teammate in the audience who thought of the theme.

“One of my keys to success is surrounding myself with smart people and then telling them yes,” Smith said.

Smith also said yes to SAP when they came a-calling with a napkin proposal for $8 billion in late 2018.

“We were planning to go public and were within three days of ringing the bell on Wall Street when things changed,” Smith says. “There are a lot of reasons to go public. For some, it’s the money. Others get pressure from employees or investors. We didn’t have those reasons. We simply wanted to take XM to the world and leverage the exposure of going public.”

But before they added the “O” to IPO, talks with SAP escalated, and then Smith did a “pump fake.”

“I had to call the investors and say J-slash-K. We aren’t going public anymore,” Smith says.

Although the math equation of X+O=XM might not hold up algebraically, Smith says Qualtrics couldn’t be more excited about their choice to join the SAP family.

To visually represent the X and the O joining, the elevators at Qualtrics have an X on one door and an O on the other door as it slides closed. Once inside the elevator, the phrase “we close gaps” comes together.

“Our X+O relationship with SAP wasn’t about a dollar amount; it was about what we could build together,” Smith says. “When we looked at the scalability and everything we could do together, I realized that if half of this comes true, it will be a once-in-a-generation opportunity. I didn’t pump fake on this one.”

RUSH TO THE MORE: During the quick-paced negotiations between German company SAP and Provo-based Qualtrics, the two CEOs were on a phone call. Bill McDermott, CEO of SAP, told Qualtrics CEO Ryan Smith that he was flying over South Dakota and Mount Rushmore. Smith said, “Let’s go put our faces on Mount Rushmore.” And McDermott continues the story with, “And that’s how it was. Trust between us was the ultimate human currency.” The two companies came together the next morning with terms and an agreement. And the rest is an $8-billion-dollar piece of history that created multiple Qualtrics millionaires overnight.