The Q Awards: Weave Your Mark 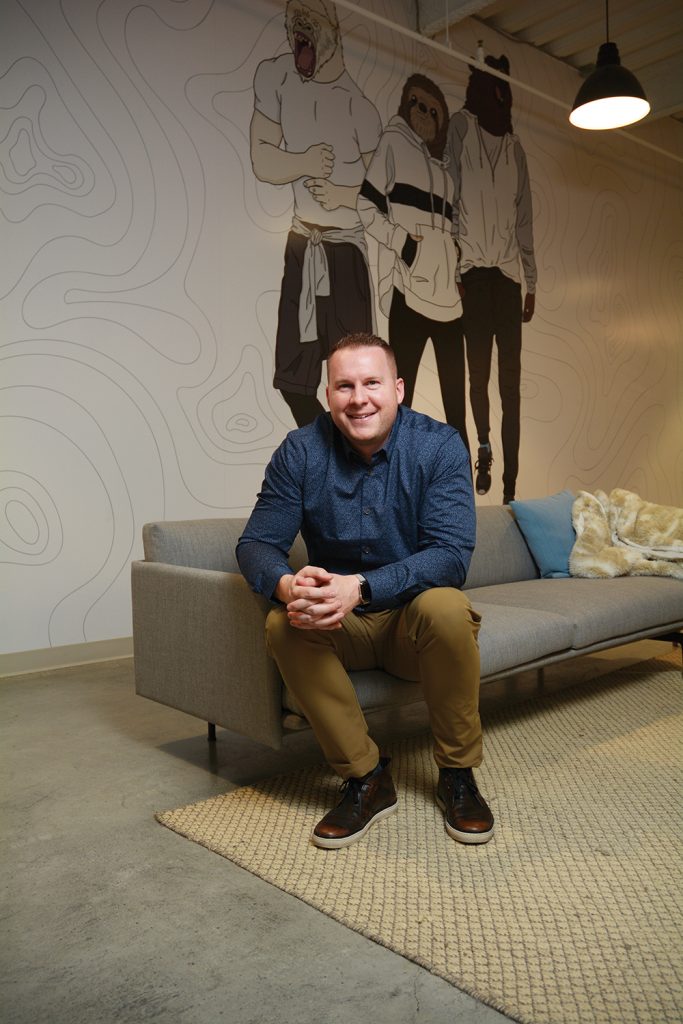 Brandon rodman knew how to get rejected.

He played baseball. (“The game of failure!”) He knocked doors for six years doing summer sales. (“You get rejected 99 times a day.”) And he served an LDS mission in Romania. (“Nothing harder than selling religion to a communist society.”)

“I guess I’m a glutton for punishment,” Rodman laughs.

No, Brandon Rodman. You’re an entrepreneur.

Rodman co-founded Weave in 2011, and in the past eight years the Lehi company has dominated its marketplace, raised $83 million in funding, and grown to 360 employees.

We believe that’s what you call a home run.

The original idea for Weave came from Rodman’s dentist dreams.

“I grew up with friends whose parents were dentists,” Rodman says. “They were the families going to Hawaii for spring break!”

So while at BYU, he shadowed a dentist in Provo.

“His office was in a dark, old house. The dentist was old. His patients were old. I quickly realized this wasn’t the job for me.”

But his entrepreneurial mind stayed in the dental world. His mother was a dental hygienist, and he started to think about how to make the scheduling process more efficient and effective.

So in 2008, Rodman recruited his brother, Jared, to create a company together. In three years, they spoke with 300,000+ overdue patients and scheduled 30,000+ appointments.

To keep the company afloat, Rodman got money from family and friends. He spent his $50k in savings. He sold his nice cars earned from summer sales. He built up $20k in credit card debt. He was underwater on his house. He emptied out his retirement account to pay developers. And in total, he risked more than $300k of his personal assets.

“I would never advise anyone to do what I did,” Rodman says. “My wife had just had a baby, and it was the most stressful time of my life. But I was determined not to fail. There’s a saying I love: ‘We never ran out of Plan Bs.’”

The Y of it All

In 2014, a Plan B finally came through. Weave was the first Utah company accepted to the prestigious Y Combinator program, an investment group in Silicon Valley that invests $150k in early-stage startups. By the end of the three-month program, they had signed deals for $5 million in funding. (As of 2019, they’ve raised $83 million.)

With funding secured, unprecedented growth, and plans to expand their technology to all industries, Rodman has been hyper-focused on creating a stellar place to work for his 360 employees. The company lives by three core animal values (see above sidebar), the challenges are hard, the perks are great (a “15 Gifts of Christmas” event included Traeger Grills for every employee!), and the loyalty is real.

As for Rodman, Weave is it.

“I don’t want to start another company,” he laughs. “It’s that hard. Being an entrepreneur is not for the ‘Plan A’ people. You need endless determination to stay alive and not let your company die.”

WANT A CHALLENGE?
Weave recently changed its family leave policy to include the following: 12 weeks of paid maternity leave; 6 weeks of paid paternity leave; free diapers for a year from the honest company; doordash credits for two free meals a week for six weeks; 12 weeks of house cleanings; and baby swag. is your jaw up off the floor yet? Well, Brandon rodman has a challenge for you. “I want to openly challenge every company in Utah: improve your family leave policy! it can be small, but just do something — improve it in some way. your employees will thank you. It won’t cost you much in the long run. And you’ll more than make up for it with employee engagement and loyalty. I promise you.”

The Q Awards: Into the Wild Q Yonder Next post