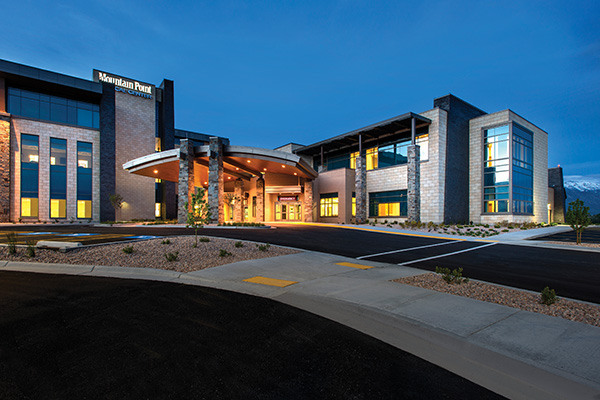 Mountain Point Medical Center and three other Utah hospitals have introduced to their emergency medical services Twiage, an app that allows emergency responders to share patient information with hospital personnel in real-time, to expedite lifesaving care.

Twiage offers emergency responders the ability to use a smartphone to share real-time patient data and send secured, privacy protected (HIPPA-compliant) photos and videos. Designed by physicians and emergency medical technicians, the app offers hospital personnel an additional method to prepare cath labs, operating rooms, stroke teams, and hospital beds well in advance of a patient’s arrival to the ER.

“Using Twiage has been a quicker and smoother way of communicating with Mountain Point Medical Center for patient report,” says the Saratoga Springs Fire Department emergency crew. “It is quickly becoming the preferred method over using the phone.”

“This latest form of communication is accelerating patient care in the emergency department when every second counts,” says Sara Morgan, trauma coordinator and EMS liaison at Jordan Valley Medical Center. “Twiage alerts our doctors about sick patients in our community before EMS even leaves the scene, allowing us to prepare the necessary resources we need at the hospital to provide the best care possible to our patients. We are excited to have this new technology to stream real time patient alerts and updates to the hospital in matters of seconds.”

“In emergency care, speed and information save lives,” says Brenden Hayden, vice president of EMS for Steward Health Care System. “With Twiage, Steward’s emergency departments in Utah will be able to treat people even more quickly, delivering the highest standard of care to patients across the communities in which they live. We are grateful that our Utah EMS providers have adopted this technology to help better serve our mutual patient.”

“One of the things I really like is when a patient has a medication list, I can snap a picture and it is immediately sent to the hospital. It’s huge in cutting down the time it takes to write it down, call it in and then repeat the list,” says Frank Gilchrist, deputy paramedic at Davis County Sheriff Department.

The unique features and short cuts are especially helpful to the emergency department physicians.

“I like the video capabilities and how easy it is to send EKGs,” says Dr. Christine Anderegg, director of emergency physicians at Davis Hospital. “It helps differentiate care for heart attacks even more quickly, helping to speed up activation of the Cardiac Response Team. We are able to interact directly with the EMS crew making communication easier and faster.”

Within just two weeks of Twiage implementation in the Steward Health Care Utah hospitals, the app has been used over 173 times, with 62 pictures and 20 EKG’s sent to the hospitals prior to the patient’s arrival at the emergency department.

“The continuous communication with the doctors is beneficial. The doctor can see what’s happening, they can ask questions and we can give them immediate answers. I have yet to find a call where the app isn’t helpful,” says Deputy Gilchrist.

A Great Support System — including an attorney Previous post