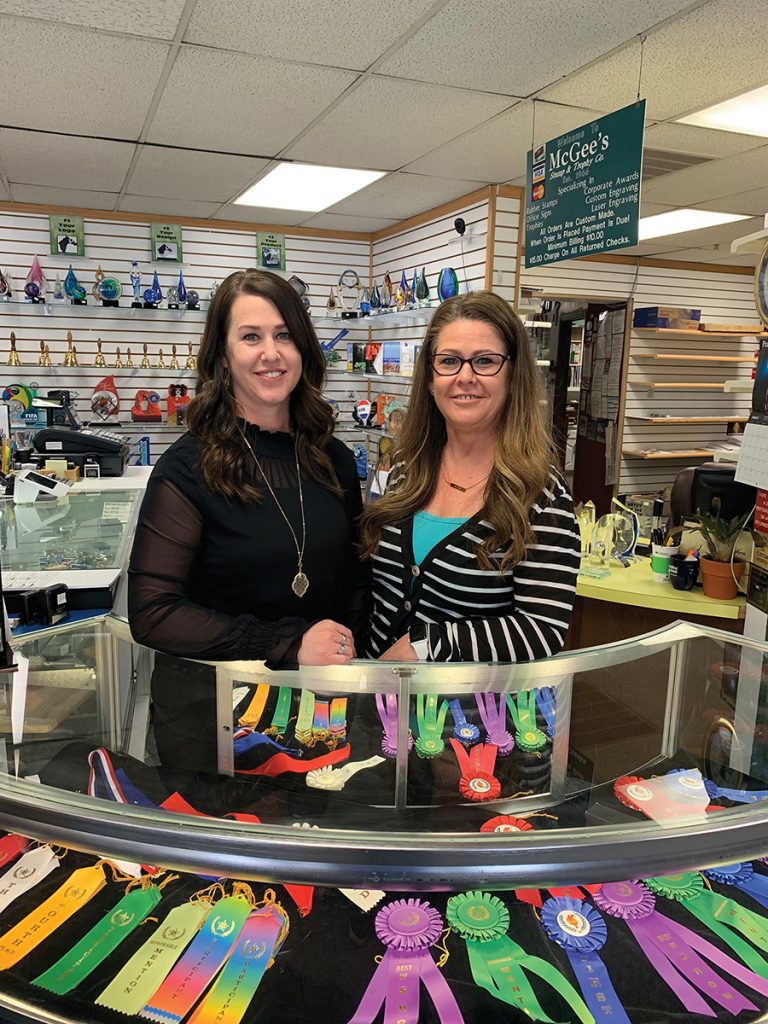 Jesse McGee started McGee’s Stamp & Trophy in 1966 and has been evolving the business ever since. For the past four decades, he’s done so with the input and help of his seven children.

Sandwiched among five brothers are Jesse’s only two daughters — Rachelle Ferrin and JaNae Harrison. These two powerful women are driving McGee’s into the 21st Century by leading a charge to automate processes and provide customers with an experience that matches the uniqueness of the McGee family’s service and quality.

“It’s hard to make changes, but we know we need to if we’re going to stay competitive in today’s business world,” JaNae says.

JaNae oversees operations for the company’s three locations, so she has led the way in finding technological solutions that streamline order taking, tracking, completion, shipping, billing and accounting. The software transition — like most changes — is hard. It requires hours of counting inventory, training employees and continued maintenance and oversight. However, with the buy-in from her siblings, baby sister JaNae — who has been in the family business for 20 years — is being heard and will succeed, thanks to her older sister being in her corner and at her side.

“We’ve both run marathons, and the biggest thing you have to do is visualize the finish line,” Rachelle says. “That is what gets you through the pain of Mile 13 and Mile 18. We always try to keep the end goal in mind when the challenge is right in front of us.”

This perspective comes from being raised by Jesse, but it also helps to be a woman.

It’s these two dynamo sisters who are leading McGee’s Stamp & Trophy into corporate award partnerships that will last for another half century.