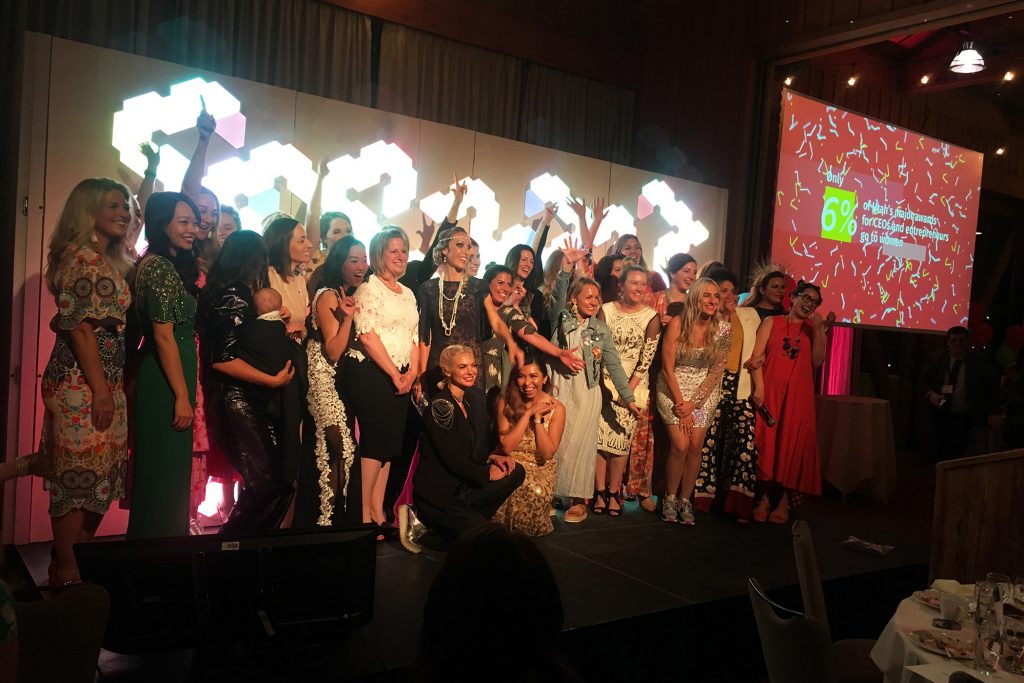 Female founders and CEOs gathered at Sundance Mountain Resort Friday evening for the second annual Sego Awards. The dress code: funky formal. The goal: recognize Utah women who are leaving their mark in both business and in their community.

The Sego Awards describes its mission in three words: celebrate, inspire and advocate. In the spirit of that simplicity, each winner and sponsor was invited to share three words describing their journey to success. They shared words like “happiness,” “failure,” “big,” “because,” “despite” and “build.” The array of powerful words and phrases painted a picture of a robust and supportive business culture.

When receiving the first place award in the e-Commerce category, Vanessa Quigley of Chatbooks described her journey with “unexpected,” “uncomfortable” and “unbelievably fun.” She admitted she used four words, saying that business leaders are made by breaking rules and norms.

The Sego Awards began in May 2018 with the vision of founders Trent Mano, Ken Frei, Allison Lew and Amy Stellhorn. As entrepreneurs themselves, they knew the stats. Utah women own nearly 84,000 businesses statewide, and those businesses generate $14 billion in revenue. Yet women weren’t receiving awards and funding at the same rate as their male counterparts. The Sego Awards was founded with goals to “Celebrate, Inspire, Advocate.”

Utah Valley Magazine owner Jeanette Bennett has emceed the Sego Awards both years. She started the evening sharing her own story. “Nineteen years ago, I was putting together the first issue of Utah Valley Magazine with a baby on my lap and wearing jeans with bedazzled back pockets,” she told the capacity crowd in the Rehearsal Hall at Sundance. “In the past two decades, I’ve watched and written about many of you as you’ve started and grown your businesses. I’m proud to say that Utah is becoming the place for women entrepreneurs, and that there’s plenty of bedazzling here tonight.”

Many of the Sego Award finalists hail from Utah Valley, including Shauna Smith of Four Foods Group, Vanessa Quigley of Chatbooks and McKenzie Bauer of Thread Wallets. All three women have previously caught the attention of Utah Valley publications. Vanessa Quigley graced the cover of the Summer 2017 issue of Utah Valley BusinessQ representing Chatbooks as a best company to work for. Most recently, Utah Valley Magazine featured Shauna Smith as a runner up for the 2019 Person of the Year. Thread Wallets made an appearance in the January/February 2016 issue of Utah Valley Magazine in the Made in UV section, highlighting locally-created products.

Meet, greet and treat yo self with this vendor guide + planning tips Previous post