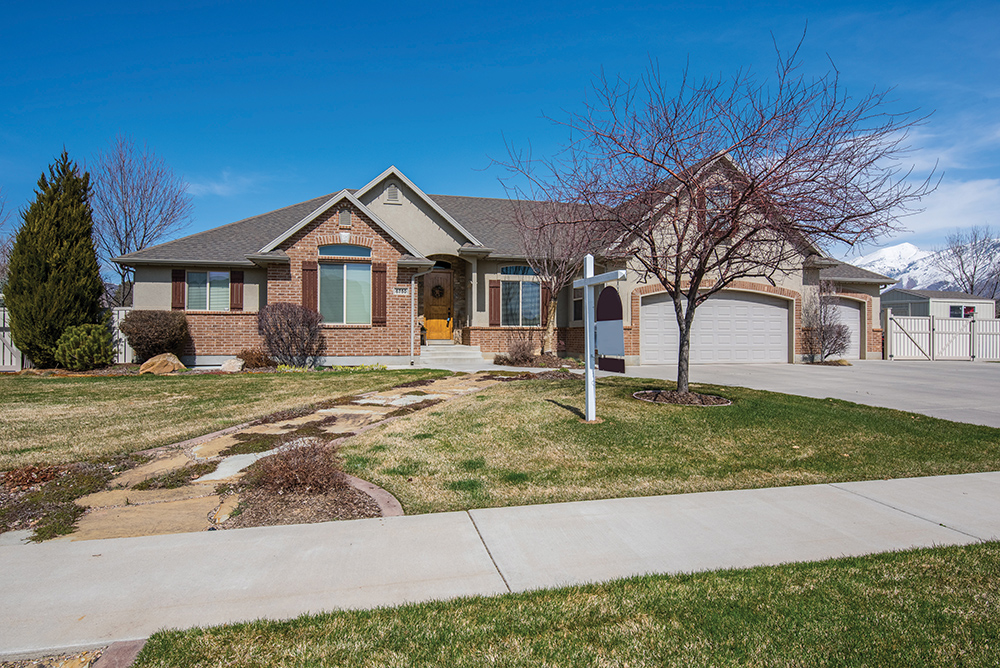 Back in 2009 — the wake of the 2008 housing market crash — Sheralyn Bennett got called into her boss’s office. She and half of her department were laid off from Apex Alarms.

Sheralyn took a day to mourn and then decided to be positive.“I thought, ‘I can be sad or I can do real estate full time.’”

She already had her real estate license, but she had been hesitant to jump into the market. Other agents predicted she wouldn’t make it because she was too nice, but her prove-them-wrong attitude spurred her on. That first year, she sold five houses. Now 10 years later, she and her husband, Chris, sell together for Berkshire Hathaway HomeServices and average 55-60 homes sold a year.

Here are hints from this 10-year tenured real estate pro on buying a home.

Figure the money first. “People don’t take into account their finances and what you can do to be pre-approved for a loan,” Sheralyn says. She recommends consulting with a banker or a mortgage broker before looking at houses. Then take a good look at your budget. Even if you’re approved for an expensive house, you might not love the monthly payments.

Narrow your options. “It’s actually quite harder to settle if you’re really broad. It’s a lot easier if you know where you want to be,” she says. So instead of saying “I’ll live anywhere in Utah Valley” narrow it to one or two cities.

Know your compromise limits. “No house is perfect — even if it’s new. It’s normal to find things you don’t love. Every house has its pros and cons,” she says. “In fact, I’ve never seen a house without something weird.” When showing houses, Sheralyn and Chris are sure to tell their client about the design quirk or busy street so the buyer is completely informed. If living on a busy street is a deal breaker, move on to the next. If you’re willing to live with it, maybe you’ve found your new home.

Move quickly. “People get worried to make a decision even if they think it’s a good house,” she says. “You don’t have to keep looking. Sometimes you find something great and you should move quickly.” She’s had clients who bypass the a home they like because it’s the first house they’ve looked at, and when they realize how much they liked it, it’s too late. In this market, time is of the essence.

Strengthen your savings account. “If you’re looking to buy a house, have some savings for paying those extra fees,” she says. People forget to budget for maintenance, closing costs, home inspection and title insurance. Sheralyn recommends saving so you have a financial buffer for surprises. “I don’t want anyone to get into a house and be overwhelmed by the monthly payments or too much maintenance,” she says.