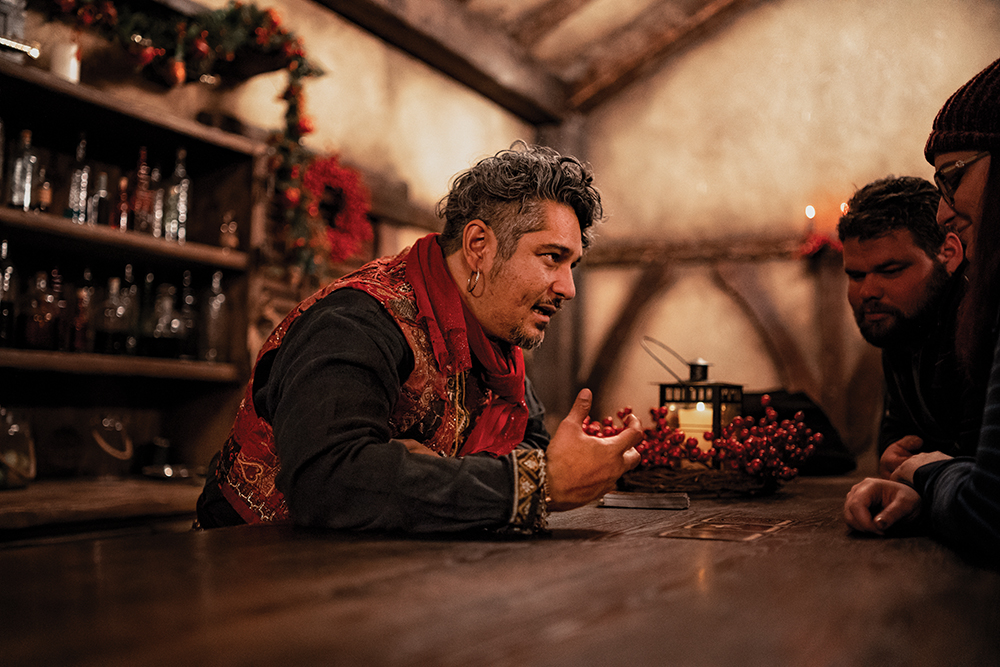 Behind the gates of Evermore Park is an immersive world of goblins, elves and fantasy creatures otherwise only seen in movies or video games.

Founder and CEO Ken Bretschneider, who also co-founded the virtual reality experience of “The Void,” created Evermore (just east of I-15 in Pleasant Grove) out of a life-long love for the mythical and a belief in the importance of escapism.

Evermore is just that — the perfect getaway from the mundane, where guests become characters in the park’s storyline. Visitors stroll through villages, listen to bards singing at a tavern, and meet the fae king. These interactive experiences, along with talented actors in Hollywood-quality costumes, make attendees feel they are truly part of another world.

Since opening, Evermore has received national and international attention, but it’s also pivotal in our Utah Valley community.

“Evermore is working to build programs that will support our local college communities and the talented community of arts,” Crysta says. “The job creation in such unique fields sets us apart. The impact around the park has been incredibly positive and the tourism we are tapping into is astonishing.”

The park has three seasons, each with their own stories, characters and quests. The first was the mysterious Lore, which opened around Halloween 2018, the second was the Christmas-themed Aurora, and the third, Mythos, will share its world of magic and dragons with the public for the first time this summer.