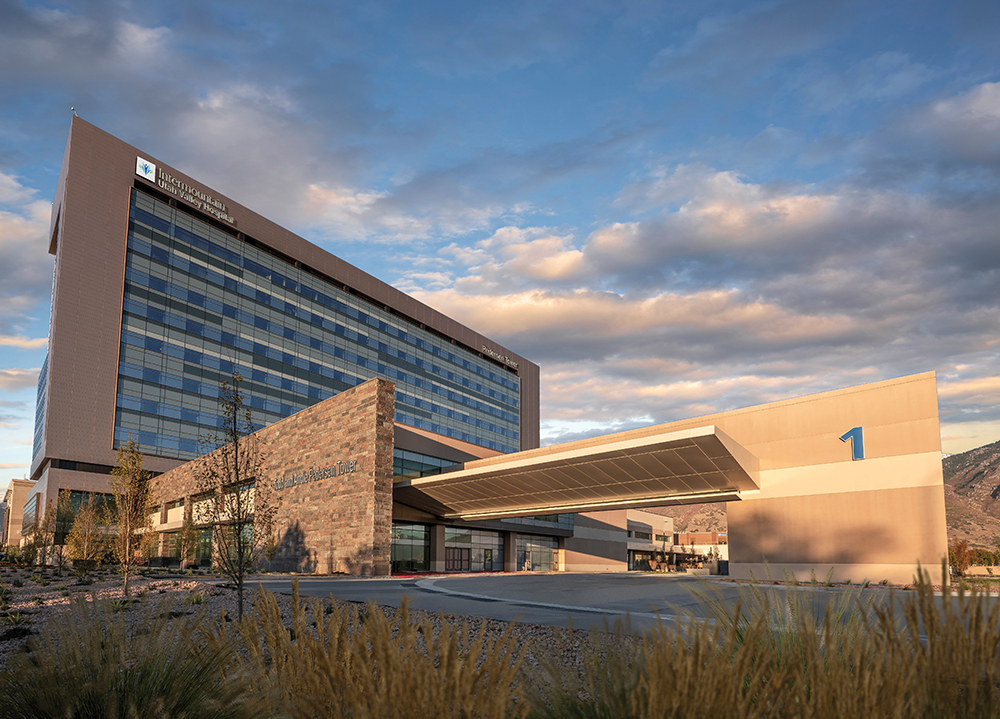 Donated by Vivint’s founder, the Todd and Andie Pedersen Tower provides world-class healthcare to Utah Valley residents. “The reason my wife and I chose to make a large gift in particular is that we’re part of this community, and we intend to be a part of the community for a very long time. It’s something that‘s going to benefit thousands and thousands of families for many years,” Todd says.

“We’ve been planning this move for a good two years — everything from the workflows to the actual pathways they would take,” says Janet Frank, spokesperson for the hospital.

By 2 p.m. that day, all of the patients were successfully transported to their new and spacious rooms, the new emergency department began accepting patients, and medical staff settled into their new workplaces.

As a designated Level II trauma center, Utah Valley Hospital “can care for the most ill and the most injured patients,” Janet says. “We have the expertise and quality of care people are looking for.”

During a time of medical uncertainty, a hospital room becomes an unexpected home for ill and injured patients, as well as their loved ones. With the exception of the rehabilitation floor, all rooms in the new facility include a couch with a pull-out bed, providing a place for family members to comfortably spend the night and provide emotional support.

The improvements don’t stop at the tower. Now that the East Tower is empty, they’ll replace it with a healing garden equipped with a pond and path for patients and family members to use.

The hospital has also partnered with Revere Health clinic across the street to install a sky bridge connecting the two buildings. Doctors and patients often need to go quickly between the two facilities for appointments or operations, and in the past they’ve often chosen to cross the busy lanes of traffic instead of using the crosswalk down the road, Janet says. This new bridge will provide a more convenient and safer option for navigating between the two buildings.

Janet conjectures Utah Valley Hospital was voted the best hospital facility in the valley for two reasons beyond the most recent renovations: The commitment of caregivers and the quality of care.

“We all take pride in what we can do,” Janet says. “People can feel that dedication when they’re here. We want our patients to have a good experience when they work with anyone on the team.”

This March, IBM Watson Health recognized Utah Valley Hospital — along with three other Intermountain Healthcare facilities — on their list of Top 100 Hospitals for 2019.

IBM also awarded Utah Valley Hospital the Everest Award among 14 other hospitals from the Top 100 list for long-term improvement.

With a cutting-edge facility, it’s no surprise the hospital was noticed on a national level. Now the challenge is helping people who visit the facility navigate each level of the building.

“We know it will take time for the community to get familiar with the new layout,” Janet says. “We’re excited for people to get to know the new facility, and we’ve made it as easy as possible to get around.”

UV To Do: Calendar Of Events For June 2019 Previous post