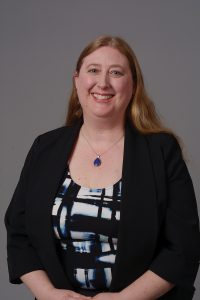 Hillary Stirling knocked on more than 1,500 doors in the summer heat when running for the Utah House District 57 in 2018. During her door-to-door efforts, this Pleasant Grove mom of two conversed with over 500 people.

Hillary first got involved in local government when she discovered her voice wasn’t represented on a state level, so she decided to run for office.

“I’m your average Utah mom. I bake bread. We have a garden. I bottle peaches in the fall. That’s me,” she says. “But it came to a point where I could not sit out anymore. Ugly or not, I had to get involved. Ugly or not, I had a civic duty to do this.”

Enter the United Utah Party — Utah’s most popular new political party, which strives to move beyond partisan politics and advocates for candidates to represent the views of their constituents first and foremost. This convinced Hillary to join. While knocking on doors, this message also resonated with residents.

“I was surprised at how many people could unite around the idea of ‘Let’s bring the government back to the people,’” she says. “I had friends who had a Libertarian streak who backed us. I had friends who had voted Democrat for years who said, ‘I’m voting for you!’ It was truly a uniting experience because these issues affect all of us.”

After the final tally, Hillary had received just under 24 percent of the vote  — not enough to win, but definitely enough to make a statement. Hillary became the executive director and vice chair for the United Utah Party as of May 4th.

The United Utah Party began from the disenchantment with the candidates for the 2016 presidential election.

“There was a sense of extremism with the two major parties that made some of us feel like we could do better. We could have another option to provide a center alternative, a more practical option,” says Richard Davis, chair of the United Utah Party and one of the original founders.

Polls showed many people felt similarly dissatisfied by both the Democrat and Republican parties and would support a moderate party if it existed. When those organizing the party proposed a candidate for the 2017 special congressional election, the state denied their request. They sued to get on the ballot, and in federal court a judge ruled in favor of the candidacy and the party’s formation.

One challenge the party faces is the straight voting option — currently, Utah is one of only seven states where voters can check one box to vote for all the candidates in their affiliated party. Often voters who choose this one-click vote option aren’t aware of alternatively-affiliated candidates. While United Utah Party works to remove this one-party option from Utah ballots, the party’s representatives urge voters to fill out the entire ballot and vote for individuals rather than a straight party.

“The platform of United Utah is intentionally short,” says Deon Turley, state party secretary. “It focuses primarily on general principles, and the positions it does espouse are nuanced. Also, the Party Constitution specifically states, ‘No party member shall be required to endorse the platform, and no political loyalty tests, or anything resembling one, may be imposed upon party members or candidates by party leadership.’ To me this means that although our party members will be drawn by the principles of the platform, we allow our candidates to speak for themselves and voters to think for themselves.”

‘Dear EveryDay Strong, what can I do to help my unmotivated, defiant child?’ Next post