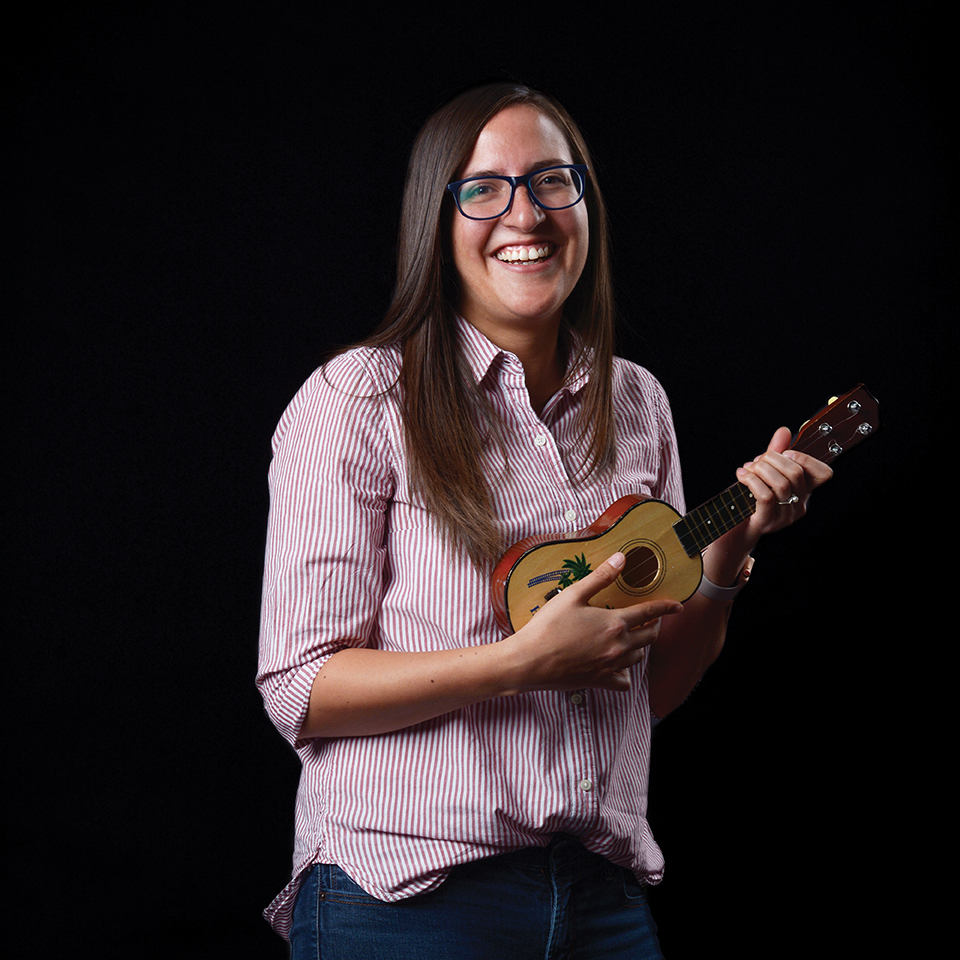 CAREER ANTHEM “The Long Way Around” by the Dixie Chicks

LINER NOTES Survey says: Alexis Lopez is a force. After earning a bachelor’s in psychology from USU and a master’s in HR management from OSU, Lopez worked at L Brands (parent company of Victoria’s Secret and Bath & Body Works) as an executive compensation analyst. In 2015, Qualtrics hired her, and she executed their first-ever external market benchmark, created their global salary structures, helped launch their first employee engagement survey, and began managing their performance/promotion process. Today? Lopez manages the People Analytics team and founded the Q-Group called  MOSAIQ, an employee resource dedicated to attracting, retaining and promoting employees of color while growing understanding and advocacy internally.

FAVORITE LYRIC “When you get damned in the popular opinion; It’s just another damn of the damns you’re not giving.” — “Getting Ready to Get Down” by Josh Ritter

CAREER HIGH NOTE “The Qualtrics X4 Summit lineup showcased black excellence (both Oprah and President Obama spoke), so I worked with senior leadership to get MOSAIQ participants front row seats to the main stage event. While Provo currently has few people of color in positions of authority, seeing diverse world leaders reminds employees that success at the highest level is possible.”

MUSIC TO YOUR EARS “Don’t negotiate against yourself. Say what you want and then stop.”

MY FORTE “Getting deep in the data and finding insights.”

DREAM RECORD “To eliminate the racial wealth gap. I hope to run for public office one day.”