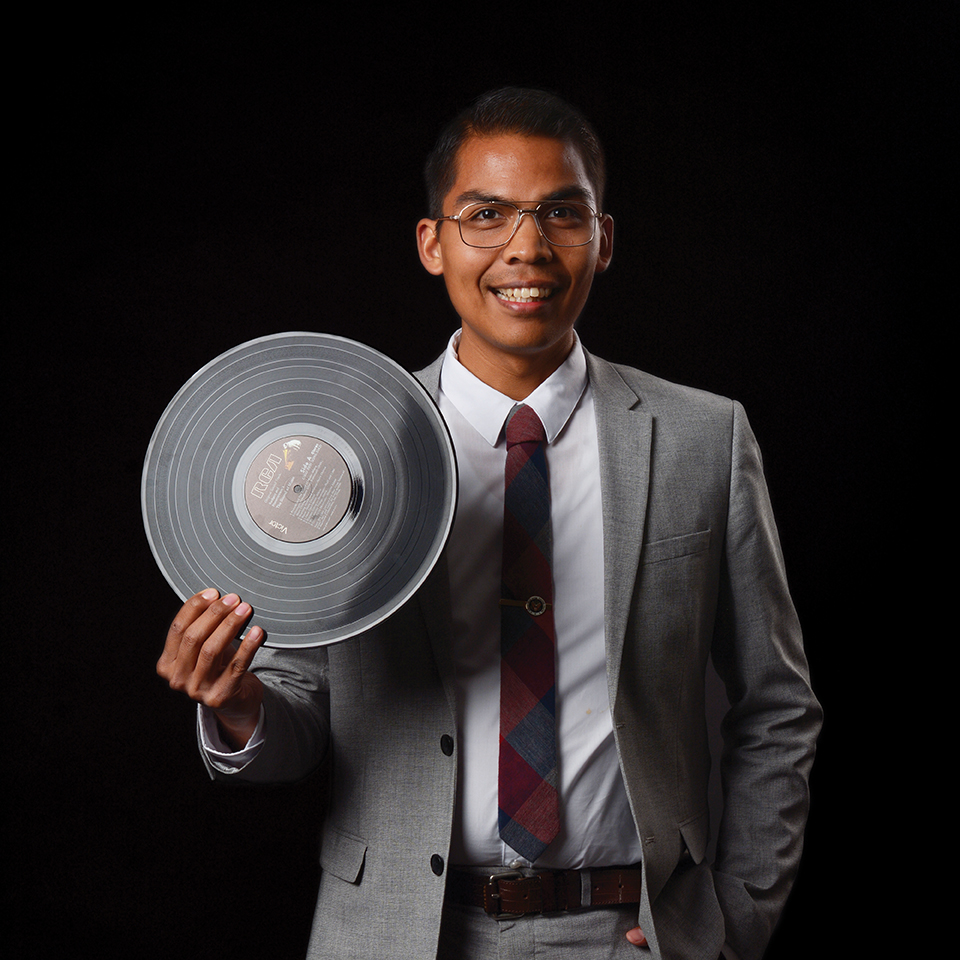 CAREER ANTHEM “We Are The Champions” by Queen

LINER NOTES It’s politics (not) as usual for Collyn Mosquito. He started out interning for Provo City Council while at BYU. Then he accepted a job as a legislative assistant at the Utah State Capitol. He excelled and was quickly recruited to join a house campaign. But what started as a volunteer coordinator position ultimately turned into campaign coordinator and manager. After the campaign ended, the United Utah Party brought him on as its political director, with his work largely focused on young adults. He was hired by the Utah Nonprofits Association to build a public policy program. And he and his wife are the co-chairs of Jonia Broderick’s exploratory committee for congress. To top it all off, he recently returned to academia and is earning his master’s in community leadership from Westminster College. What a vote-getter.

CAREER HIGH NOTE “A nice high G flat in bass clef. I used to play trombone in high school, hence the use of bass clef. I am at a good place as the Public Policy Coordinator for Utah Nonprofits Association and being asked to co-chair a soon-to-be congressional candidate’s campaign committee. It can only go up from here!”

BEATING TO MY OWN DRUM “In my work, there are long odds, but I never let it get me down. I keep going with unwavering optimism.”

MY FORTE “I have a network of people, I get along with people, and I happen to know ways to convince people to your cause.”

DREAM RECORD “My ultimate dream is to manage a presidential campaign and maybe even run for office myself one day.”