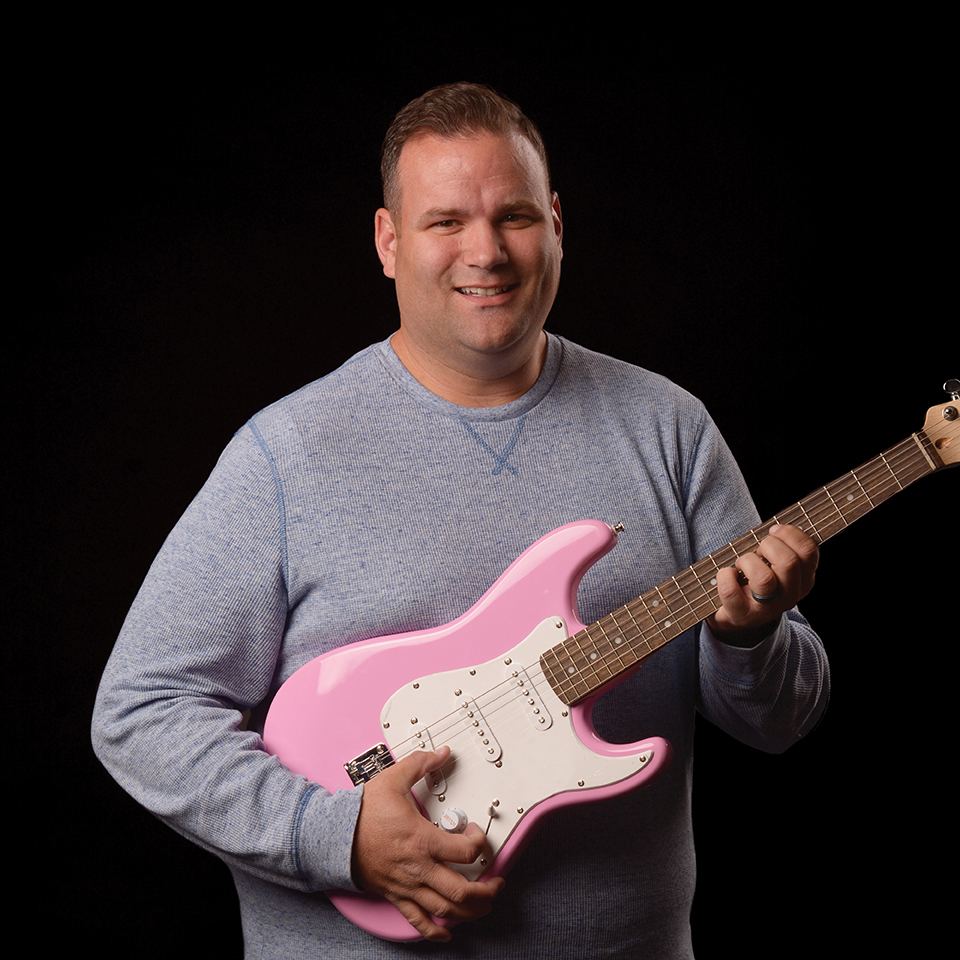 LINER NOTES Jason McGowan doesn’t do anything half baked. He built an app that reached 120 million users. He founded EMBR, which sells millions of dollars in rings every year. He designed and helped build a Nintendo TVii. And in just under two years, Crumbl Cookies has grown to a staggering 29 locations in six states and won Best of State 2019. That’s just the way his career crumbls, thank you very much. (P.S. He picked this pink guitar to honor that delicious  “Crumbl pink” box that’s delivered all over the map.)

CAREER LOW NOTE “Waking up one day to find a business partner had drained the company bank account.”

MUSIC TO YOUR EARS “This quote by Steve Jobs: ‘Everything around you that you call life was made up by people that were no smarter than you and you can change it, you can influence it, you can build your own things that other people can use. Once you learn that, you’ll never be the same again.’”

BEATING TO MY OWN DRUM “Lots of people spend a lot of time focusing on their competition. I try to escape and blow past them by completely ignoring them.”

MY FORTE “Breaking down complex products and processes to their simplest forms and building teams that execute on them.”

DREAM RECORD “To make all those around me successful and happy.”