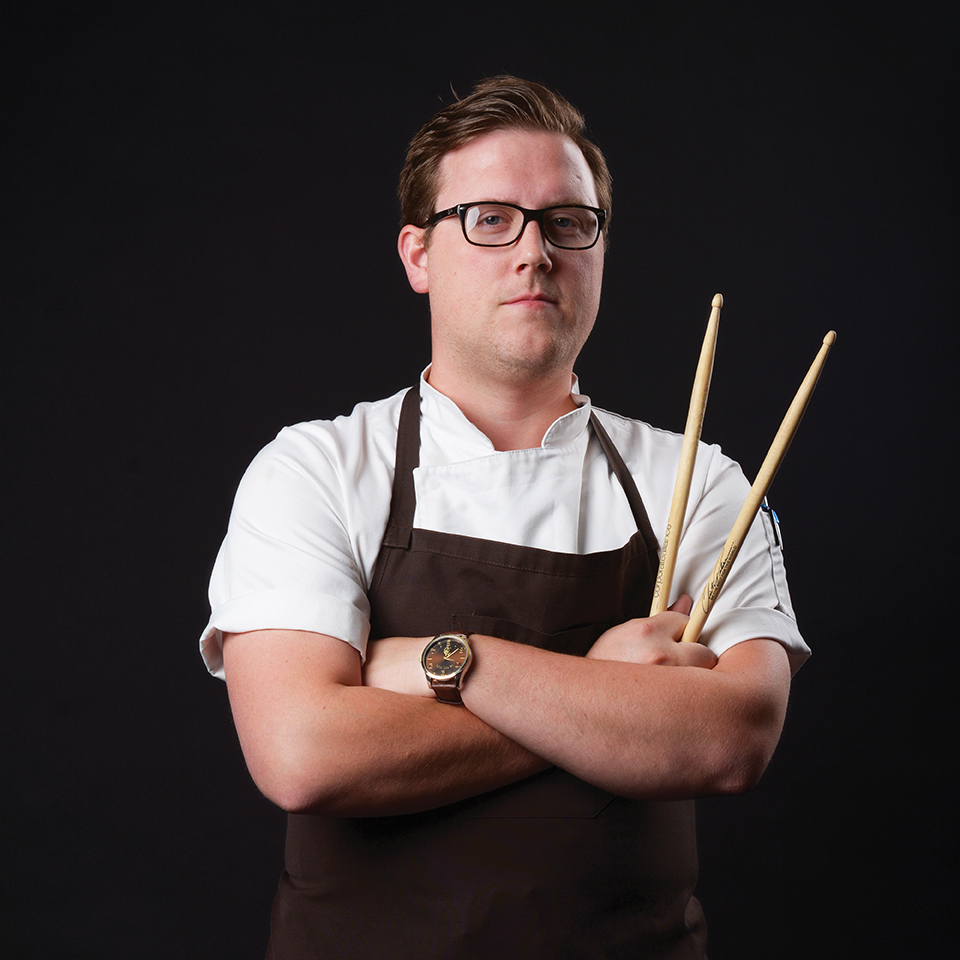 CAREER ANTHEM “Under Pressure” by Queen and David Bowie

LINER NOTES Kasper Valgren started sharpening his culinary chops at 16 when he enrolled at the Copenhagen Hospitality College. He went on to create edible works of art at several successful restaurants in Copenhagen and serve in the Royal Danish Army. After the army, he joined the team at Michelin star restaurant Marchal. Valgren also had a stint living and working in London before moving to Orem two years ago to attend UVU. These days, he delights local palates at Station 22 in downtown Provo and also with Kasper’s Kitchen Supper Club.

FAVORITE LYRIC “Learn from that failure, gain humility and then keep marching.” — “Can’t Hold Us” by Macklemore & Ryan Lewis

CAREER HIGH NOTE “My goal at 16 was to be a head chef before I was 30 and that’s where I’m at now. I really feel like I’m at a high note in my career.”

CAREER LOW NOTE “About two years ago, I seriously doubted if I should cook or not. I was experiencing a period of blandness where nothing inspired me.”

BEATING TO MY OWN DRUM “I’m a big believer that cooking is a form of art and I believe that all art comes from the same place. Therefore if I stimulate my cooks with other art forms, it will make them better at cooking. I like to take my cooks to museums, concerts or even just into nature.”

MY FORTE “Teaching! I love taking new cooks and helping them get where they want to be.”

DREAM RECORD “My ultimate dream is to open up my own restaurant and be awarded a Michelin star or a James Beard award.”